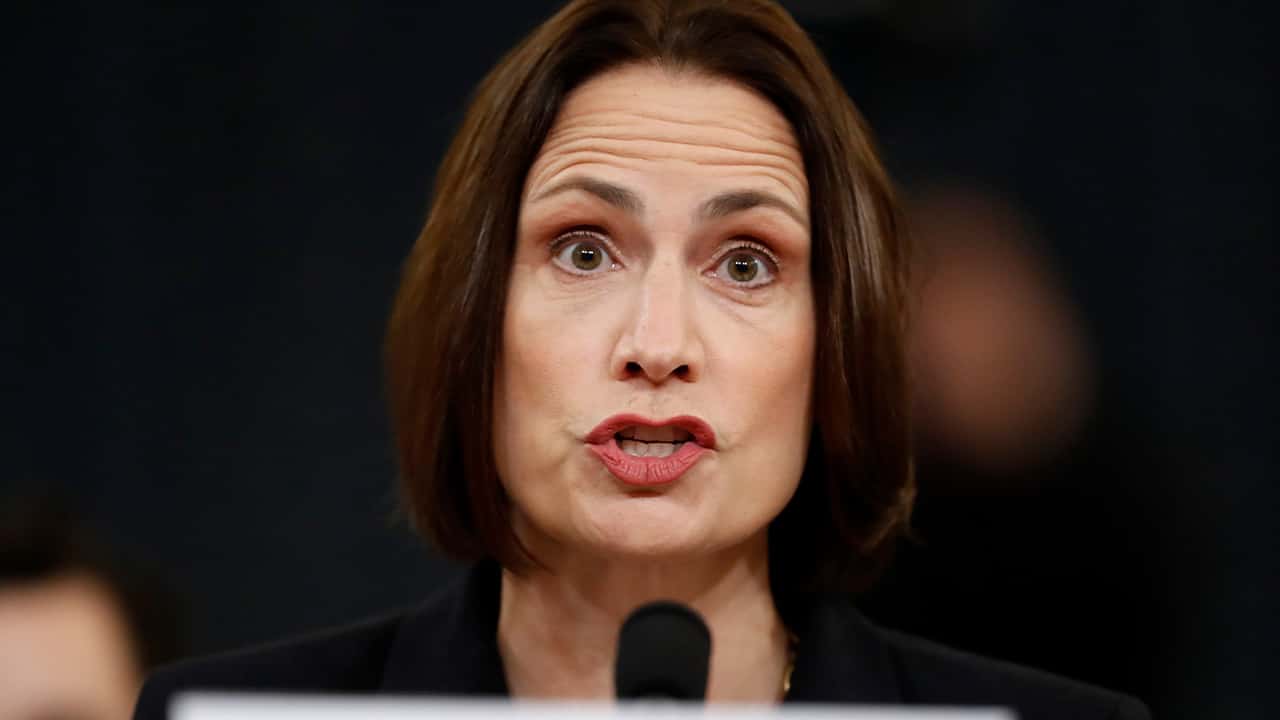 WASHINGTON — The final testimony of an extraordinary week of impeachment hearings came from a former White House national security adviser who wrote the book on Vladimir Putin — literally — and a political counselor at the U.S. Embassy in Ukraine who overheard a pivotal conversation between President Donald Trump and EU ambassador Gordon Sondland.
Takeaways from Day 5 of the impeachment inquiry before the House intelligence committee:

The British-born Hill is a Russia expert who’s written extensively on the Kremlin, and she made that clear from the outset when she scolded Republicans lawmakers for propagating what she said was a “fictional narrative” — that somehow Ukraine, not Russia, interfered in the 2016 U.S. presidential election.

The July 26 lunch on an outdoor terrace in a Kyiv restaurant started out social enough. There was a bottle of wine and affable chatter about marketing strategies for Sondland’s hotel business.
Then, according to David Holmes, a counselor at the U.S. embassy in Kyiv, Sondland said he was going to call Trump to give him an update. The conversation Holmes overheard was loud — and memorable.
At one point, Holmes said, he heard Sondland tell Trump that Ukraine President Volodymyr Zelenskiy “loves your ass.”

“I then heard President Trump ask, ‘So, he’s gonna do the investigation?’ Ambassador Sondland replied that ‘he’s gonna do it.’” He said Sondland told Trump that Zelenskiy will do “anything you ask him to.”
When the call ended, Holmes said he asked Sondland if it was true that Trump did not “give a s–t about Ukraine.” Sondland said that it was indeed the case.
“I noted that there was ‘big stuff’ going on in Ukraine, like a war with Russia, and Ambassador Sondland replied that he meant ‘big stuff’ that benefits the president, like the ‘Biden investigation’ that Mr. Giuliani was pushing.” That was a reference to Rudy Giuliani, Trump’s personal lawyer, who had been pushing for Ukraine investigations.
The account of the conversation largely lined up with Sondland’s own version, though Sondland testified Wednesday that he doesn’t remember discussing Biden with Trump. David Holmes, a U.S. diplomat in Ukraine, arrives to testify before the House Intelligence Committee on Capitol Hill in Washington, Thursday, Nov. 21, 2019, during a public impeachment hearing of President Donald Trump’s efforts to tie U.S. aid for Ukraine to investigations of his political opponents. (Matt McClain/Pool Photo via AP)

Trump on the Defensive

The House impeachment hearings may damage Trump politically, but the proceedings seem to be helping his party financially.
Ronna McDaniel, Republican National Committee chairwoman, told reporters Thursday at a Monitor Breakfast that the impeachment hearings are helping fuel a fundraising boom for GOP candidates.
The RNC raised more than $25 million in October alone, about triple the committee’s haul for the same month in 2017, she said.

In the first 24 hours after House Speaker Nancy Pelosi announced the impeachment inquiry, the RNC brought in $5 million in small donor contributions online. The RNC raised another $3 million online on the first day of the hearings last week, McDaniel said.
“There has been an absolute influx of small donor donations,” McDaniel said.
Related Topics:DemocratsElectionGordon SondlandimpeachmentPresident Donald TrumptestimonyVladimir Putin
Up Next