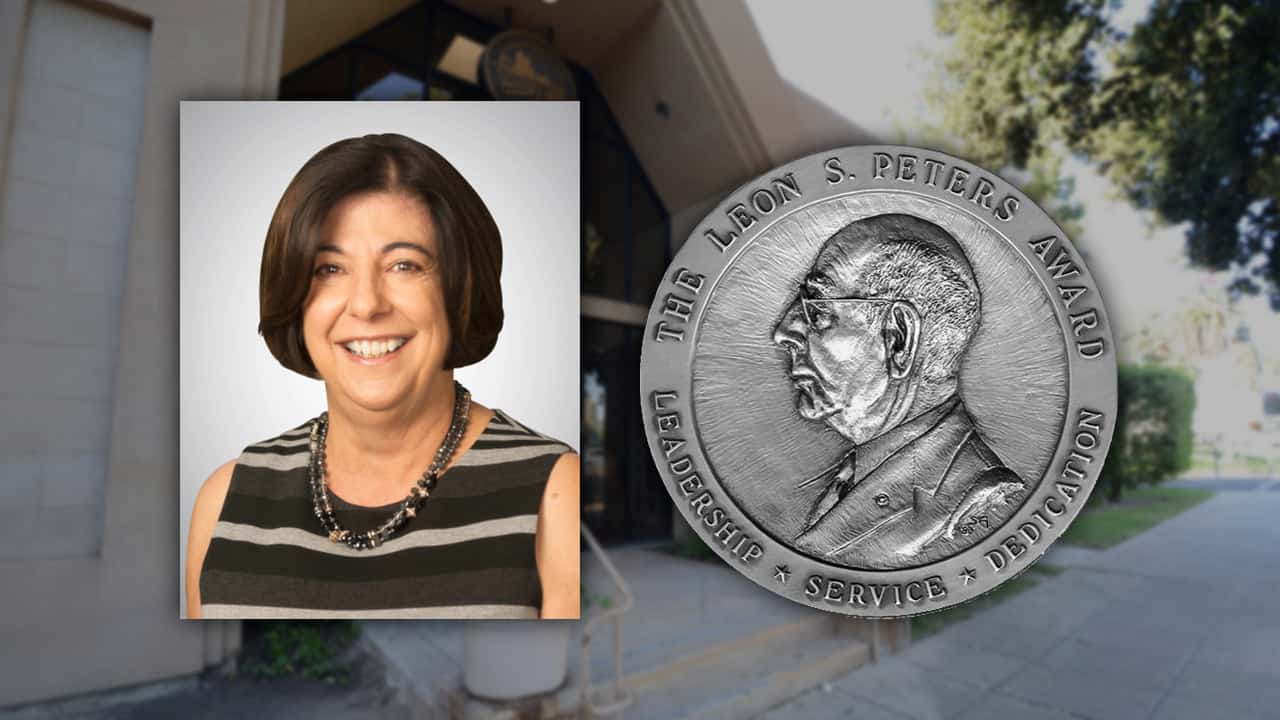 Karen Musson of GAR Tootelian Inc. is the 2020 recipient of the Leon S. Peters Award from the Fresno Chamber of Commerce.
“It really truly is an honor to be recognized,” Musson said. “I’m a small-town farm girl and nurturing and cultivating is part of everything we do — on the farm, at home, at church and in serving the community.”
Musson was chosen for the leadership award based on her devotion of time and talents to better the community, the chamber said. Recipients are selected based on personal and public service accomplishments that exemplify the spirit of an enlightened, responsible free-enterprise system.
In addition to being the managing partner of the Reedley-based full-service crop care company founded by her parents, Musson is the chief executive officer of the Gar & Esther Tootelian Charitable Foundation.
“Karen Musson truly exemplifies what the Leon S. Peters Award is all about,” said Chamber President/CEO Nathan Ahle. “GAR Tootelian has been a leader in our ag community for decades, and Karen has been at the forefront of that leadership. She and her family also give tirelessly of their time, talent and treasure to ensure Fresno is a better place to live, particularly for the youth of our community. She is greatly deserving of this honor.”

We are honored to announce that our 2020 Leon S. Peters Award recipient is Karen Musson from @GTIPROS.
Karen will be presented the award at our Valley Business Awards Luncheon on February 12, 2020. pic.twitter.com/tz3yhuZqBZ

The son of Armenian immigrants, Peters succeeded in business while also using his creativity and vision to give back to the Fresno community through service on numerous boards and with donations totaling millions of dollars to a variety of causes. He was revered as a businessman, a civic leader, and a philanthropist who adhered to the highest ethical standards.
In 1929, some years after the loss of his parents, Peters became a salesman for Valley Foundry and Machine Works, which manufactured a wine grape crusher that revolutionized wine production. He later bought the business and, under his command, it became a world-recognized supplier of farm equipment. He died in 1983.
The award will be presented to Musson at the Valley Business Awards Luncheon on Feb. 12, 2020, at the Fresno Convention Center.

Past Winners of the Award