The NFL’s wild Week 11 featured Myles Garrett getting in a swivet, Colin Kaepernick’s pivot and all those Azteca Stadium divots.

“He’ll be able to get up out of this, just continue to be himself. Everybody knows that that’s not him. It just happened. You can see why he was driven to that by all the stuff that Mason was doing. But it was a mistake. It’s not going to define his career.” — Broncos star linebacker Von Miller

The bookends were the fracas that occurred Thursday night in the closing seconds of Cleveland’s 21-7 win against Pittsburgh and the Chiefs’ 24-17 victory over the Chargers on Monday night in Mexico in a game that left the field looking as though Charles Barkley and Bill Murray had been practicing at the driving range.

In between, all the attention was on Kaepernick’s audible to move his scheduled workout in front of 25 NFL teams to a high school field in suburban Atlanta after refusing the league’s limitations.

Not everybody came down as hard on Garrett as the NFL did when it suspended the Browns’ star pass rusher and former No. 1 overall draft pick indefinitely for ripping Mason Rudolph’s helmet off and then smacking him over the head with it.

“That’s not him,” Broncos star linebacker Von Miller said of his fellow Texas A&M alum. “He’ll be able to get up out of this, just continue to be himself. Everybody knows that that’s not him. It just happened. You can see why he was driven to that by all the stuff that Mason was doing. But it was a mistake. It’s not going to define his career.

“He probably didn’t know he had the helmet in his hand still,” added Miller, who cut off the interview just then as TV cameras suddenly swarmed around him. 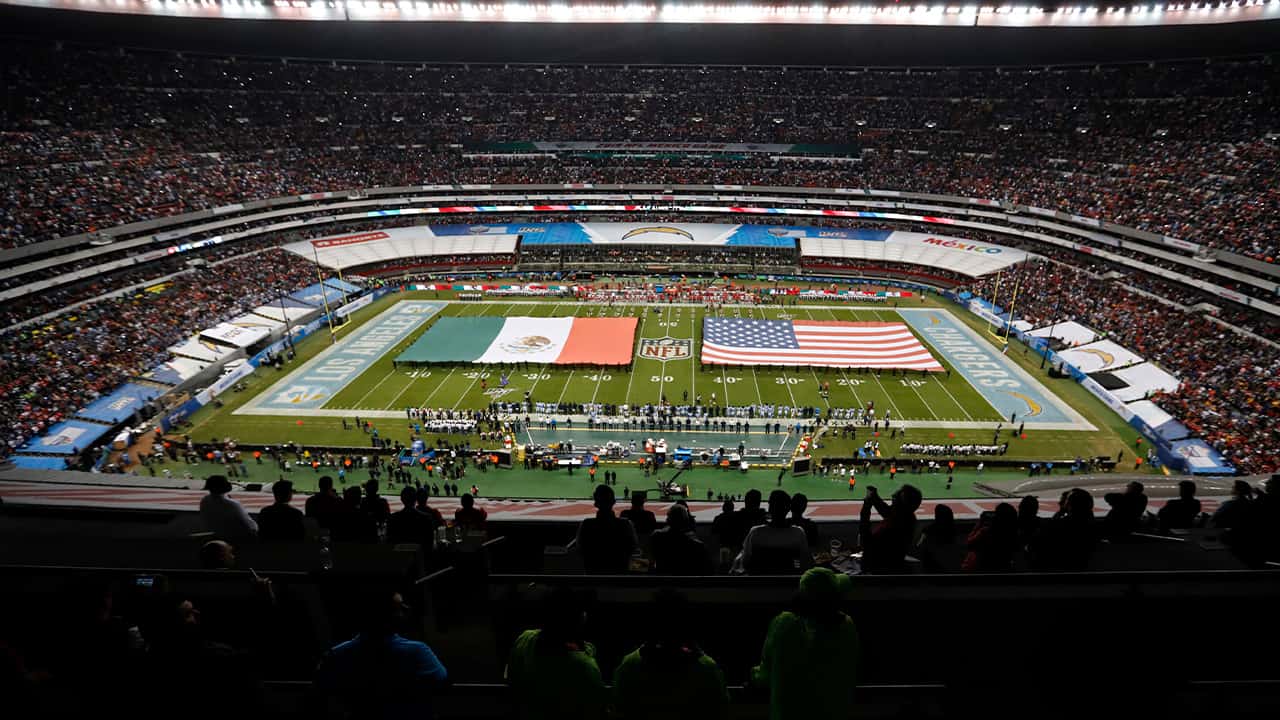 The flags of Mexico and the United States cover the field before an NFL football game between the Los Angeles Chargers and the Kansas City Chiefs Monday, Nov. 18, 2019, in Mexico City. (AP Photo/Eduardo Verdugo)

When Somebody’s Helmet Comes off, the Fight Stops

While Miller was especially vocal in his defense of his fellow Aggie, the general position in locker rooms across the league was this: Mason might have tried wresting Garrett’s helmet after a late hit and kicked him in the crotch, but so what?

“I don’t think that Mason Rudolph is innocent by any means,” Denver defensive end Shelby Harris said. “But no matter what, he didn’t deserve to be hit in the head with a helmet.”

The code of football fisticuffs is this: when somebody’s helmet comes off, the fight stops.

Many NFL players came to the defense of Steelers center Maurkice Pouncey, who drew a three-game suspension for coming to Rudolph’s defense by punching and kicking Garrett.

“He’s just trying to protect his quarterback,” Harris said. “I didn’t think anything was going to happen to him.”

Pouncey will have his appeal heard Tuesday and Garrett will try to get his suspension reduced on Wednesday.

The NFL returned to Mexico one year after calling off a Rams-Chiefs showdown at Azteca Stadium on short notice because of poor field conditions, but the two teams that played there Monday night left the field full of large divots from sharp stops or changes of direction.

Officials at Azteca Stadium converted the field back to natural grass after a failed attempt at a hybrid last year led the league to relocate last year’s game to Los Angeles on six days’ notice. And the field this year had been untouched since Club América’s last home soccer game Nov. 2.

But the return to grass and a lighter event calendar didn’t help once the game got going. The grounds crew came onto the field at halftime and during timeouts in the second half to attend to the worst spots. 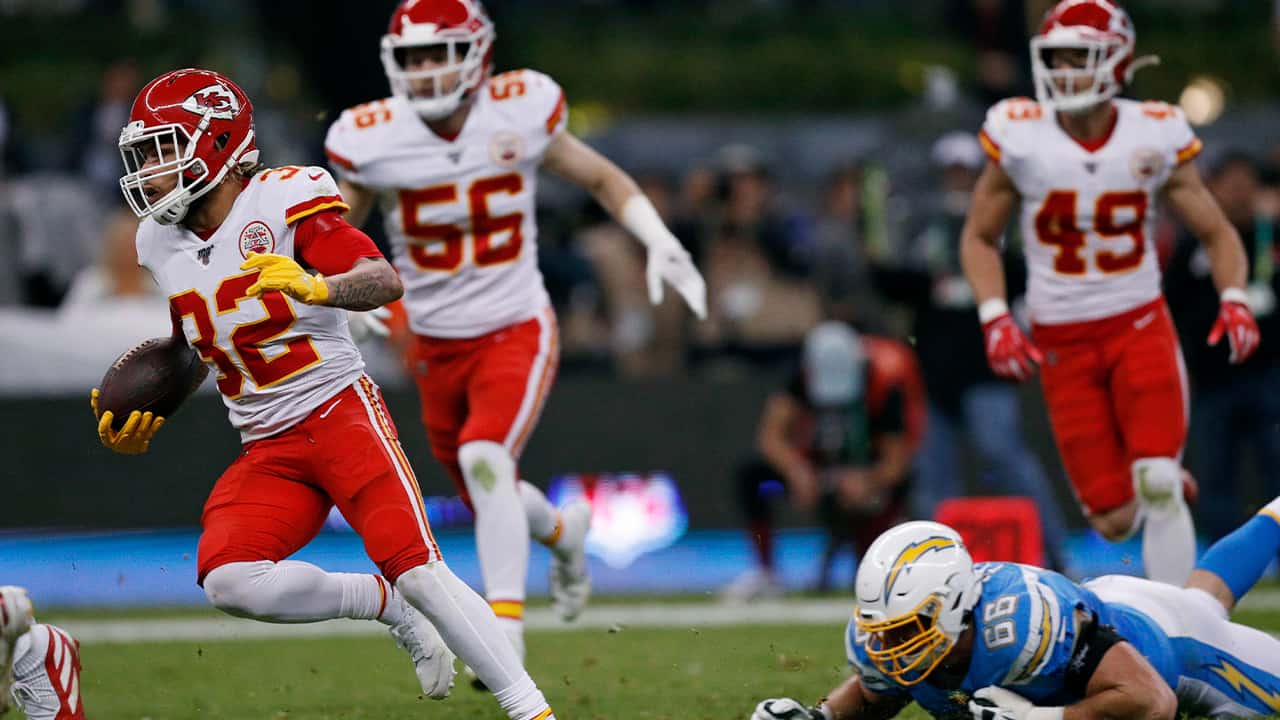 Kaepernick, who hasn’t played in the NFL since 2016 after sparking a wave of protests and divisive debate by kneeling during the national anthem in protest of social and racial injustice, worked out in front of eight teams Saturday at an Atlanta area high school after moving his league-sponsored workout from the Falcons’ training facilities, where 25 clubs were set to watch.

Kaepernick’s side said the league wanted him to sign more than the standard workout waiver and didn’t want to let media in to videotape. The NFL countered with a long reply that ran 510 words (about as long as the first 16 paragraphs of this 24-paragraph story), saying, among other points, that the league had agreed to Kaepernick’s request to bring along his own receivers but that they hadn’t been told of his desire to allow the media to attend until the last minute Saturday.

Kaepernick declared again that he’s ready to play in the NFL.

The NFL concluded its statement by saying, “Colin’s decision has no effect on his status in the league. He remains an unrestricted free agent eligible to sign with any club.”

That doesn’t seem likely, not after this whole situation showed just how much of a circus might accompany a Kaepernick return to serve as somebody’s backup quarterback.