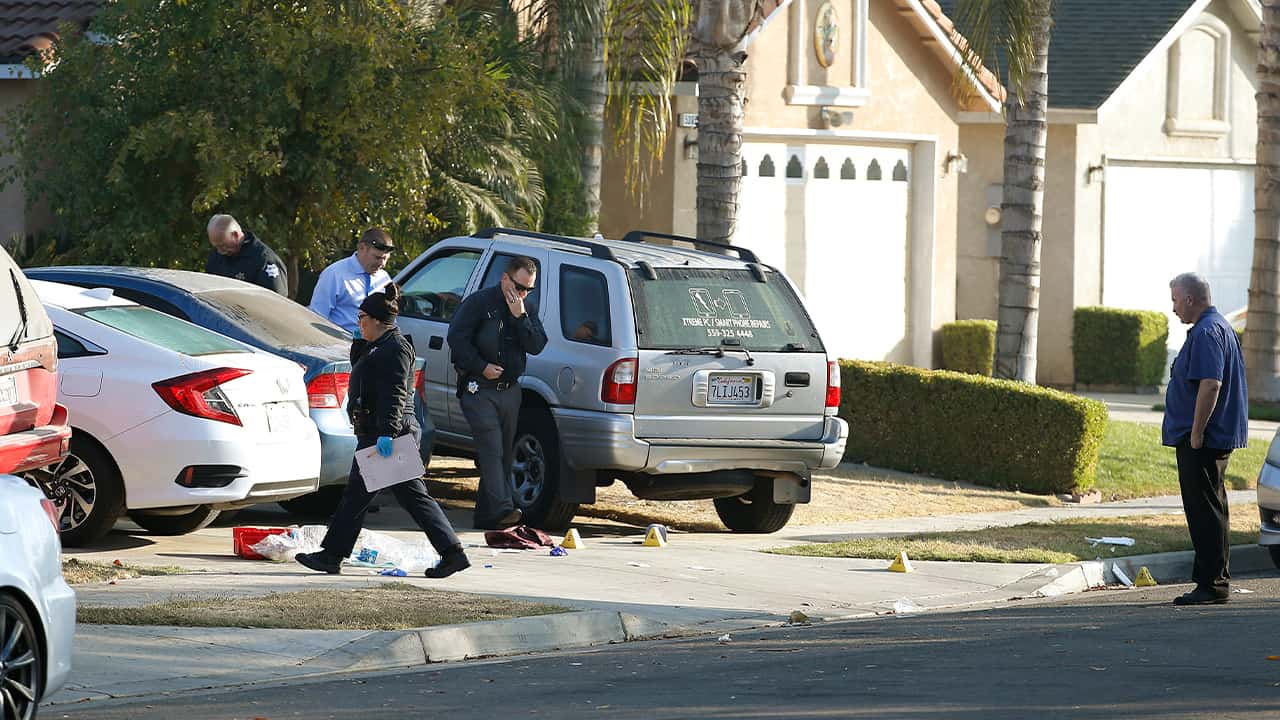 FRESNO — A close-knit Hmong community was in shock after gunmen burst into a Fresno backyard gathering and shot 10 men, killing four.
“We are right now just trying to figure out what to do, what are the next steps. How do we heal, how do we know what’s going on,” said Bobby Bliatout, a community leader.

“We are right now just trying to figure out what to do, what are the next steps. How do we heal, how do we know what’s going on.” — Bobby Bliatout, a community leader
Sunday evening’s attack killed Xy Lee, a Hmong singer and musician whose videos on YouTube have been viewed millions of times.

Also killed were Phia Vang, 31; Kou Xiong, 38; and Kalaxang Thao, 40, all of Fresno, according to the coroner’s office. Three others remained hospitalized in serious condition, Community Regional Medical Center said in a statement.
No motive or suspects were identified by police.
“Our community is in mourning, and we still don’t know what’s going on, or who are the suspects,” said Pao Yang, CEO of the Fresno Center, a Hmong community group.

The Hmong are an ethnic group from Southeast Asia. Many fled after fighting alongside the United States during the Vietnam War.

At Least 60 Officers Were Investigating Along With the FBI

There are about 300,000 Hmong living in the U.S., according to the 2017 American Community Survey by the U.S. Census. California has the nation’s largest Hmong population and about 25,000 live in Fresno, comprising about 5% of the city’s population of 525,000.
The gunmen targeted a house where about 16 men had gathered outside to watch football on television, police said.
At least two men armed with semi-automatic handguns walked through a side gate and without a word began firing randomly into the crowd before fleeing in the darkness, Police Chief Andrew Hall said.
The shooters did not speak, and no one reported getting a good look at them. Witnesses saw only flashes when the pistols were fired, Hall said.
Police were investigating whether the shooting was connected to a recent “disturbance” involving some of the people at the party, Hall said. He did not describe the incident other than to say it occurred within the last week.


Related Story: One Victim's Family Tries to Scrub Away the Horror

Women and children inside the house weren’t hit, Hall said.
The chief said at least 60 officers were investigating along with the FBI, Homeland Security and the federal Bureau of Alcohol, Tobacco, Firearms and Explosives.
“We’re coming for you,” the chief said of the attackers. The Shooting Has Many in the Community Fearful

While police hadn’t found any gang connections to the victims, Hall also announced the establishment of an Asian gang task force because of concerns about the possibility of retaliation or more violence ahead of the Hmong New Year, which is celebrated the week after Christmas and draws thousands to Fresno.

“Even right now, families are gathering inside saying, what can we do to protect our home from this day forward?”
It was the third mass shooting in four days in California.
Last Thursday, a 16-year-old boy armed with a handgun killed two students and wounded three others at his high school in the Los Angeles suburb of Santa Clarita before killing himself.
On Saturday, a San Diego man in the midst of a divorce shot and killed his wife and three of their sons before killing himself. A fourth son was on life-support.
There have been eight mass killings in California so far this year, claiming the lives of 33 people, according to a database compiled by The Associated Press, USA Today and Northeastern University. That’s a dramatic increase from previous years, with eight mass killings in the state for all of 2016-2018.
The increase mirrors the national trend in 2019. There have been 39 mass killings this year in the United States, compared with 25 in 2018, according to the database, which tracks homicides where four or more people are killed, not including the offender.