Utility’s Boss to Testify About Power Shutoffs in California 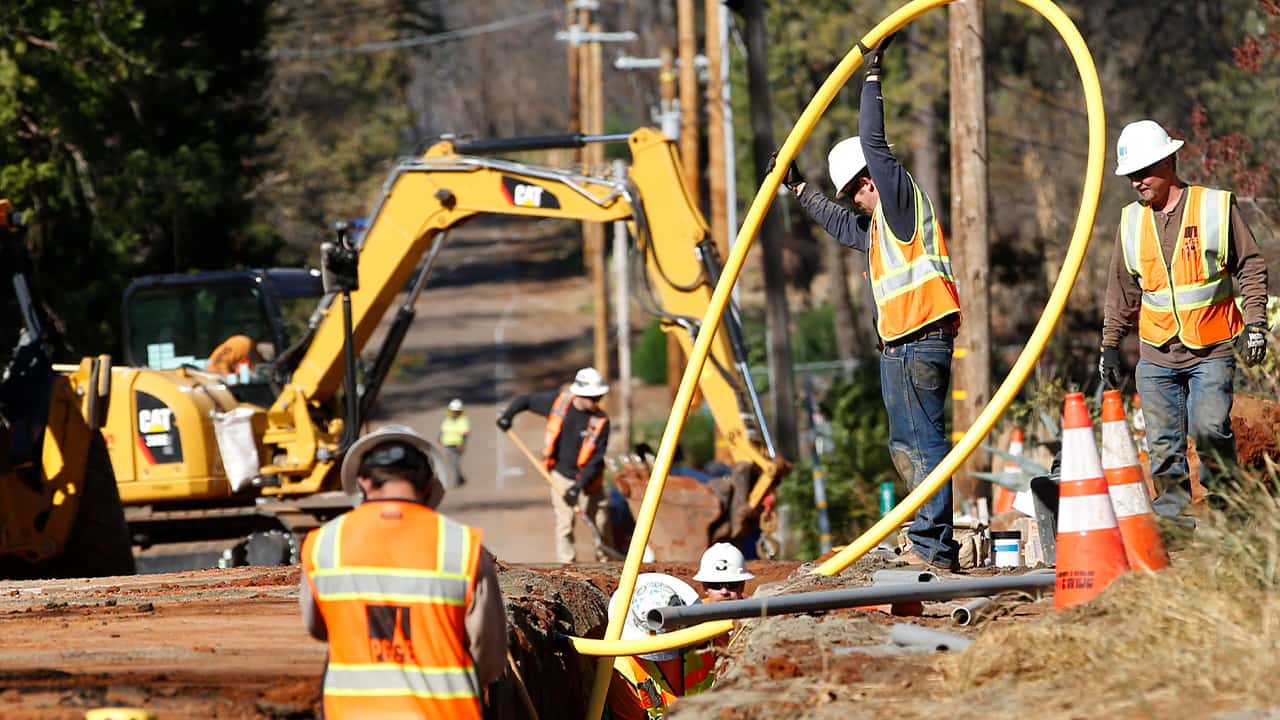 SACRAMENTO — The CEO of the nation’s largest utility is expected to face angry California lawmakers on Monday over the company’s decision to turn off power for millions of people to prevent its outdated equipment from starting wildfires.
Pacific Gas & Electric Corp. CEO Bill Johnson is scheduled to testify during a Legislative oversight hearing on Monday at the state Capitol. Lawmakers have repeatedly criticized the bankrupt company for leaving millions of people in the dark for days at a time during dry, windy weather events in October.


“It’s beyond time to hold PG&E accountable.” — Sen. Mike McGuire
Johnson has defended the company’s actions as “well planned and executed,” arguing the power shutoffs have saved lives during the state’s lengthy wildfire season.
In a statement, Johnson said that the power shutoffs were “the right call in terms of safety and reduction of fire risk. I also believe that there were elements of the process that did not work well and the criticism is deserved. In case we need to invoke PSPS (public safety power shutoffs) in the future, we want to improve the process and thus we strongly welcome external review of our PSPS plan, practices, and actions during the recent event.”
But public officials have criticized the shutoffs for being too broad and poorly executed. Last week, the Public Utilities Commission launched a formal investigation.
“It’s beyond time to hold PG&E accountable,” Democratic state Sen. Mike McGuire said last month. McGuire is one of the lawmakers scheduled to question Johnson and others on Monday.
The hearing comes as PG&E is trying to emerge from bankruptcy after its equipment sparked the most devastating wildfire in California history last year, destroying roughly 19,000 buildings and killing 85 people. The company faces potential damages of up to $30 billion. Firefighters battle a wildfire in Riverside, Calif. Thursday, Oct. 31, 2019. Santa Ana winds are expected to linger for a final day after driving more than a dozen wildfires through California. (AP Photo/Ringo H.W. Chiu)

Pre-emptive power shutoffs are not new to California, but the scope of PG&E’s shutoffs this year have been unprecedented. The company has more than 5 million customers in Northern California, including the San Francisco Bay area and Silicon Valley. It operates about 125,000 miles of power lines, including many in dry, dense forests that act as fuel for fires.
The state Legislature has set a June 30 deadline for PG&E to emerge from bankruptcy or else forfeit participation in a fund designed to help cover damages from future wildfires. But negotiations have bogged down as the company’s shareholders and creditors are battling in bankruptcy court for the future of the company.
A federal bankruptcy judge has appointed a mediator to try and resolve the case. But Democratic Gov. Gavin Newsom has threatened to intervene if the company can’t reach an agreement by June 30, including a potential state takeover.
California’s other large investor-owned utilities — San Diego Gas & Electric and Southern California Edison — also preemptively shut off power this year to prevent wildfires. But their shutoffs affected far fewer people and did not last as long. Executives from those companies are scheduled to appear with Johnson at the hearing, along with other high-ranking officers at PG&E.
Lawmakers are also scheduled to question several top officials from the Newsom administration, including Ana Matosantos, Newsom’s newly appointed “energy czar,” and Mark Ghilarducci, director of the Governor’s Office of Emergency Services.
Others scheduled to testify include public school superintendents, local government leaders, business owners and advocates for the elderly and medically vulnerable.