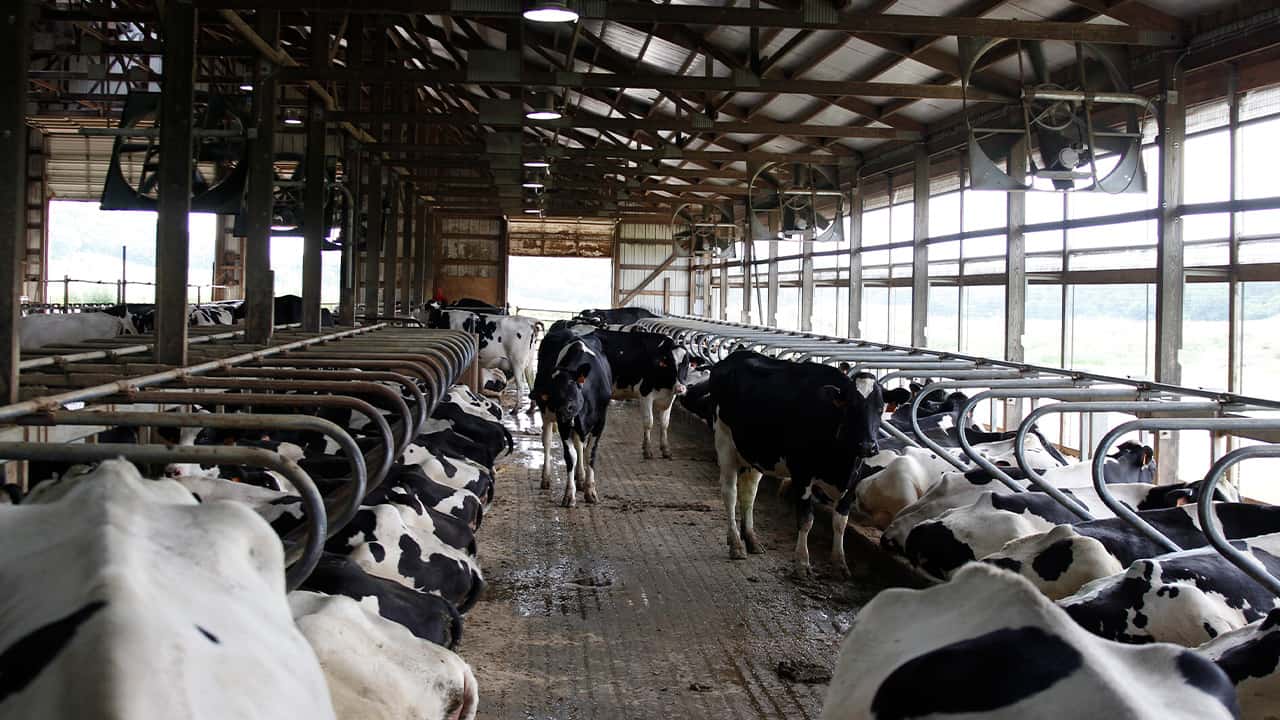 Dean Foods, America’s biggest milk processor, filed for bankruptcy Tuesday amid a decades-long drop-off in U.S. milk consumption blamed on changing trends and a growing variety of alternatives.
The Dallas company said it may sell itself to the Dairy Farmers of America, a marketing cooperative owned by thousands of farmers. FILE – In this Dec. 4, 2013, file photo Jessica Walton, of Guthrie, Okla., reaches for a container of milk at a grocery store in Edmond, Okla. On Tuesday, Nov. 12, 2019, Dean Foods, the nation’s largest milk processor, filed for Chapter 11 bankruptcy protection and said it may sell the company off to the Dairy Farmers of America. (AP Photo/Sue Ogrocki, File)

Sales of cow’s milk have dropped an average of 6% per year over the last four years, Nielsen said.
That has hit dairy farms and milk sellers hard, leading some smaller family farmers to quit the business.
It also had an outsize effect on Dean Foods, which derived 67% of its sales from fluid milk last year, according to its annual report. Fifteen percent came from ice cream and just 4% came from fruit juice, iced tea, water and flax-based beverages.
Dean employs 16,000 people and operates 60 processing facilities across the country. On any given day, it is running 8,000 refrigerated delivery trucks on U.S. roads.
The company supplies milk for its own brands, like Dairy Pure, Meadow Gold and TruMoo, as well as store brands. One big blow came last year, when Walmart opened its own milk processing plant in Indiana.
Dean has lost money in eight of its last 10 quarters and posted declining sales in seven of the last eight.
The company said it will continue operating normally while it puts its finances in order under Chapter 11 bankruptcy. It has lined up about $850 million in financing from lenders.