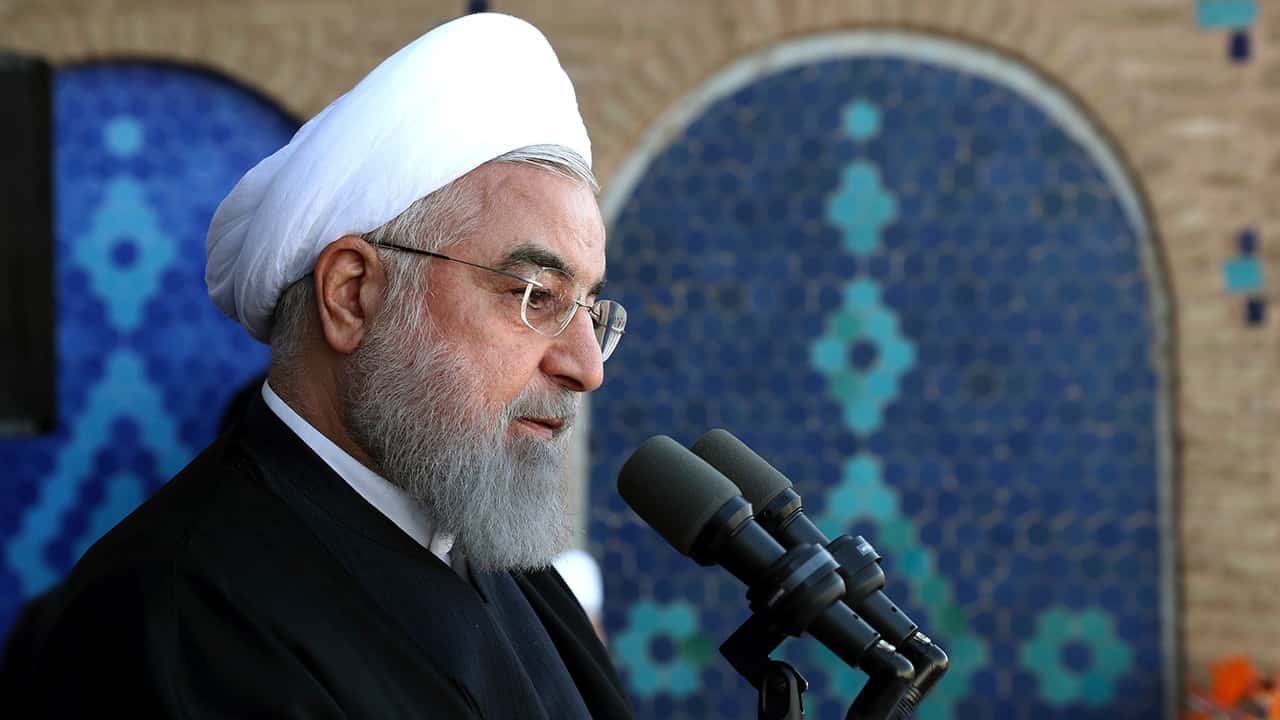 TEHRAN, Iran — Iran has discovered a new oil field in the country’s south with over 50 billion barrels of crude, its president said Sunday, a find that could boost the country’s proven reserves by a third as it struggles to sell energy abroad over U.S. sanctions.
The announcement by Hassan Rouhani comes as Iran faces crushing American sanctions after the U.S. pulled out of its nuclear deal with world powers last year.
Rouhani made the announcement in a speech in the desert city of Yazd. He said the field was located in Iran’s southern Khuzestan province, home to its crucial oil industry.
Some 53 billion barrels would be added to Iran’s proven reserves of roughly 150 billion, he said.
“I am telling the White House that in the days when you sanctioned the sale of Iranian oil and pressured our nation, the country’s dear workers and engineers were able to discover 53 billion barrels of oil in a big field,” Rouhani said.
Oil reserves refer to crude that’s economically feasible to extract. Figures can vary wildly by country due to differing standards, though it remains a yardstick of comparison among oil-producing nations. In this photo released by the official website of the office of the Iranian Presidency, President Hassan Rouhani waves to the crowd in a public gathering at the city of Yazd, some 410 miles (680 kilometers) southeast of the capital Tehran, Iran, Sunday, Nov. 10, 2019. Iran has discovered a new oil field in the country’s south with over 50 billion barrels of crude oil, Rouhani said Sunday, a find that could boost the country’s proven reserves by a third as it struggles to sell energy abroad over U.S. sanctions. (Office of the Iranian Presidency via AP)

Iran currently has the world’s fourth-largest proven deposits of crude oil and the world’s second-largest deposits of natural gas. It shares a massive offshore field in the Persian Gulf with Qatar.
The new oil field could become Iran’s second-largest field after one containing 65 billion barrels in Ahvaz. The field is 925 square miles, with the deposit some 260 feet deep, Rouhani said.
Since the U.S. withdrew from the 2015 nuclear deal, the other countries involved — Germany, France, Britain, Russia and China — have been struggling to save it. However, they’ve offered no means by which Iran can sell its oil abroad.
Any company or government that buys Iran’s oil faces harsh U.S. sanctions, the threat of which also stopped billions of dollars in business deals and sharply depreciated Iran’s currency, the rial.
Iran has since gone beyond the deal’s stockpile and enrichment limits, as well as started using advanced centrifuges barred by the deal. It also just began injecting uranium gas into centrifuges at an underground facility.
The collapse of the nuclear deal coincided with a tense summer of mysterious attacks on oil tankers and Saudi oil facilities that the U.S. blamed on Iran. Tehran denied the allegation, though it did seize oil tankers and shoot down a U.S. military surveillance drone.