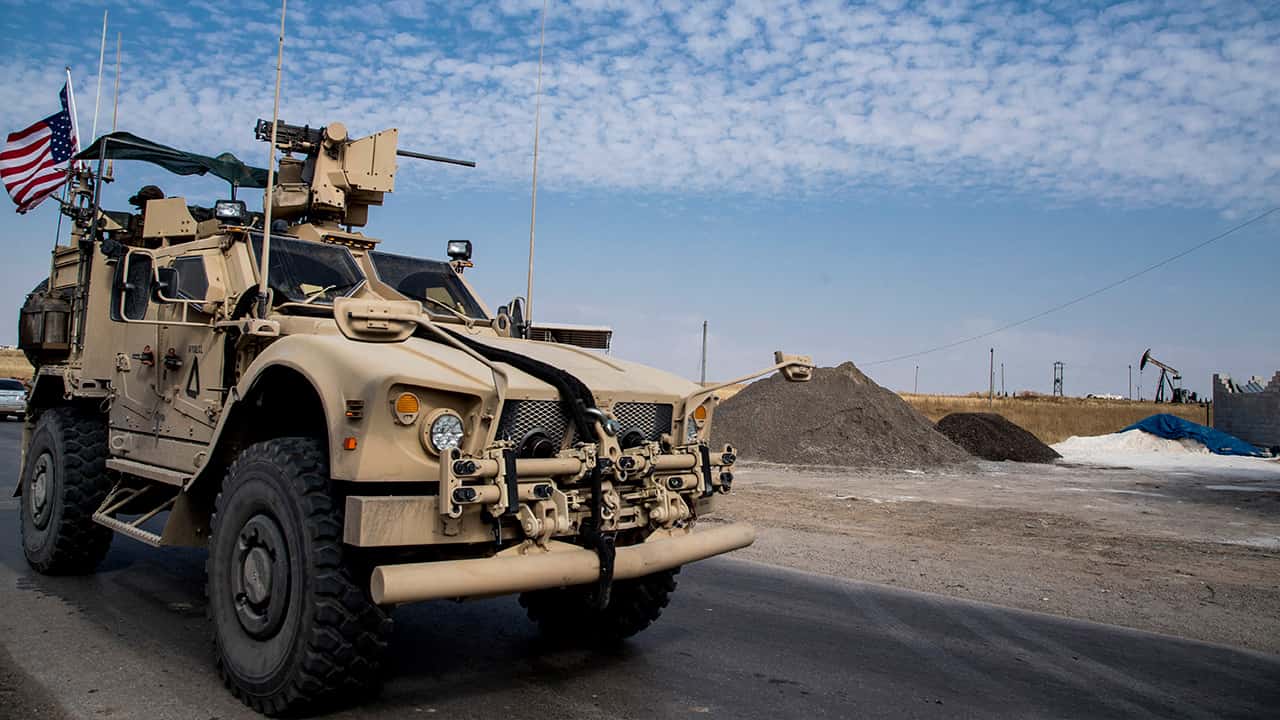 BEIRUT — As U.S. troops beef up in eastern Syria to protect oil fields, residents hope their mission will bring stability and prosperity to the remote and resource-rich region —and keep the Syrian government out.
Their hopes reflect the expectations being piled onto the operation, even as President Donald Trump flip-flopped on the scope and duration of troops deployment. He initially ordered all troops out of Syria last month, then decided to keep a force in place to hold the oil infrastructure.
That keeps the U.S. troops in the middle of eastern Syria’s complex political geography, rich in oil and gas and packed with Turkish, Kurdish, Russian, Syrian and Iranian-backed troops.
The stretches of Syria east of the Euphrates, where the oil is located, have been lost to the government of Syrian President Bashar Assad for most of the country’s eight-year civil war.
Its mostly Arab population is opposed to Assad, angry with years of neglect that impoverished the area despite its resource wealth. Since U.S.-backed Kurdish-led forces drove out the Islamic State group, it has been governed by a Kurdish-led administration.

So when Turkey invaded northeastern Syria last month, hundreds held angry protests in towns and villages in the east — not against Ankara but against the Syrian government and its Iranian allies. They feared the invasion would empower Damascus to send troops to their areas and restore control.
Residents welcomed Trump’s latest decision, believing it a shield that would bring investments and an economic boom.

Trump Has Vowed to Strike a Deal

“Good things are coming,” said Shehab, a 20-year-old who works as a herder and farmer in a small town in Deir el-Zour province, home to the largest oil fields.

“The revenue from this is not going to the U.S.,” Hoffman said.
From the ground, the new U.S. mission blocks Damascus’ plans to regain the east and Iran’s efforts to complete a land corridor through Iraq, Syria and Lebanon. Iran’s ability to project power and potentially transport advanced weaponry all the way to Israel’s doorstep has long been a major U.S. concern.
“Iran is the real danger,” said Omar Abu Layla, a native of Deir el-Zour who lives in Europe and runs an activist collective called Deir Ezzor 24 that monitors developments in the area.
Abu Layla said he met last week with Joel Rayburn, U.S. special envoy for Syria, who expressed support for the protests and an understanding for concerns about Iran’s threat to the area.
“We anticipate this area will be very, very important,” Abu Layla said.
The new U.S. mission has also raised hopes among the region’s Arab tribes that they will play a larger role in the Kurdish-led force.
U.S. troops, including mechanized armored vehicles used for the first time in Syria, are deploying in bases in Hassakeh and Deir el-Zour provinces. The Pentagon will not say how many forces will remain in Syria, but officials have suggested they could number at least 800. FILE – This March 27, 2018 file photo shows Syrian workers fixing pipes of an oil well at an oil field controlled by a U.S-backed Kurdish group, in Rmeilan, Hassakeh province, Syria. President Donald Trump’s decision to dispatch new U.S. forces to eastern Syria to secure oil fields is being criticized by some experts as ill-defined and ambiguous. But the residents of the area, one of the country’s most remote and richest regions, hope the U.S. focus on eastern Syria would bring an economic boon and eliminate what remains of the Islamic State group. (AP Photo/Hussein Malla, File)

More Are Now Deploying Along Large Parts of the Border Region

When the U.S. forces withdrew from the north, the Kurds — seeking protection from their No. 1 enemy Turkey — invited in the Syrian government and Russia. Assad’s forces walked back into parts of northeastern Syria where they had not set foot in years. More are now deploying along large parts of the border region under a Russian-Turkish deal.

But What if the U.S. Pulls Out?

Residents of the east are already wary of the forces of Assad and his Iranian-backed allies, deployed just across the Euphrates.
Reports have circulated among locals that government troops were massing and Iranian-backed militias arriving from Iraq. Kurdish-led forces and government troops clashed Tuesday near the town of Husseiniya, according to Deir Ezzor 24 and the Syrian Observatory for Human Rights, a war monitor group.
The Observatory said the clashes prompted the U.S. military to fire rockets at the government forces. The U.S.-led coalition denied firing, but the reports underscored the possibility of frictions.
The fears sent prices of basic goods shooting up as people began to horde. Many considered fleeing, said Shehab, who had to leave his home west of the Euphrates when government forces moved in two years ago. Iranian-backed militias are recruiting and confiscating homes across the river, he said.
It was “impossible” to live under Assad again, the newlywed Shehab said. For men of fighting age like him, Damascus’ rule means obligatory military service or vanishing into prisons like others suspected of opposition links.

Shehab said it was reassuring when U.S. armored vehicles, with American flags, drove through his town, Shuheil, in a show of support after he and hundreds of others held a protest last week against any return of government rule.
But what if the U.S. pulls out, as Trump has promised many times before?
“This is what is available for us now,” Shehab said. “We will hang on to that until we see what God gives us.”

China Sentences Fentanyl Traffickers After US Tip About Ring