Stocks Head for Another Set of Records as Rally Continues 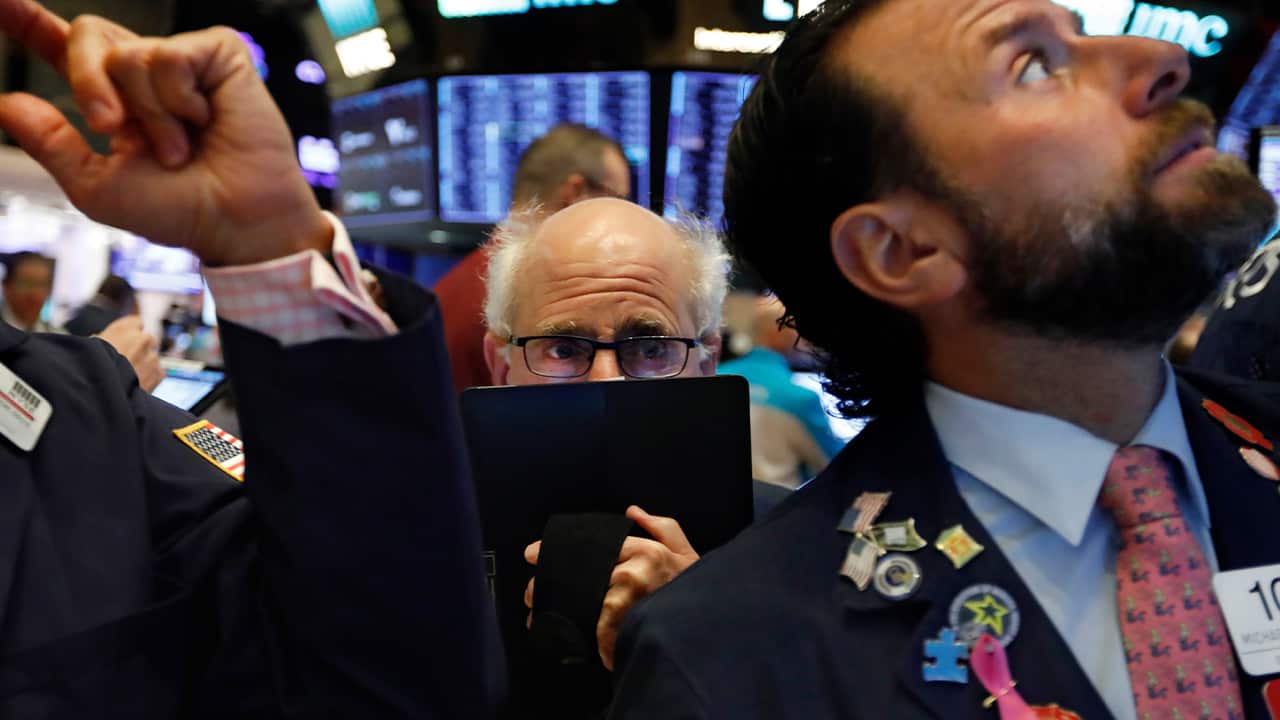 NEW YORK — U.S. stocks moved broadly higher Monday as investors extended a rally that puts the major indexes on track for another record-setting day.
The Dow Jones Industrial Average was on pace to beat its record high close set in July. The S&P 500 is heading for its fourth record high in six days and the Nasdaq was also set to beat the record it set on Friday.
The rally follows a solid week of gains pushed by reassuring economic reports and corporate earnings. Friday’s encouraging jobs report helped solidify Wall Street’s view that a recession is unlikely. Corporate profits have been weaker than a year ago, but not as bad as Wall Street expected, and the U.S. and China seem to be making progress on a resolution to their damaging trade war.
Energy stocks led the broad gains as oil prices rose 1.5%. Chevron jumped 4.7% and Exxon Mobil rose 3.1%.
Technology stocks were also big winners and chipmakers were particularly strong. Intel rose 1.6% and Nvidia gained 1.9%.
Bond yields rose and helped lift banks. Bank of America rose 1.6%.
The yield on the 10-year Treasury note rose to 1.78% from 1.72% late Friday. Higher bond yields allow banks to charge more lucrative interest rates on mortgages and other loans.
Utilities and real estate companies lagged the market as investors shifted away from safe-play holdings and took on more risk.

Wall Street has less to focus on this week following last week’s steady flow of corporate results and economic reports. The U.S. government will release international trade data on Tuesday and investors will keep a close watch on the latest service sector survey, also expected Tuesday. CVS will report its latest earnings on Wednesday and Walt Disney will report its latest results on Thursday.
KEEPING SCORE: The S&P 500 rose 0.4% as of 12:30 p.m. Eastern time and was above its record close of 3,066.91 on Friday. The Dow Jones Industrial Average rose 97 points, or 0.4%, to 27,444 and on track to beat its record high set on July 15. The Nasdaq rose 0.5% and was also on track to beat its latest record set on Friday.
The Russell 2000 index of smaller company stocks rose 0.4%.
ANALYST’S TAKE: Investors are heading into the final two months of 2019 energized with more confidence from three interest rate cuts and optimism over a potential U.S.-China trade deal, said Sam Stovall, chief investment strategist at CFRA. That has helped reinforce a typical late-year shift to riskier holdings.
“People’s mindset shifted from a defensive ‘sell in May’ approach to the more cyclical approach, as is usually the case,” he said.
PIERCED ARMOR: Under Armour plunged 14.9% following revelations its accounting practices have been under federal investigation for two years. The company confirmed that it has been cooperating with the U.S. Securities and Exchange Commission and the U.S. Department of Justice.
OUSTED CEO: McDonalds fell 2.7% after the fast-food giant pushed out CEO Steve Easterbrook because he engaged in a consensual relationship with an employee in violation of company policy. He has been CEO since 2015.
OVERSEAS: European and Asian markets rose broadly. Japan’s market was closed for a holiday.