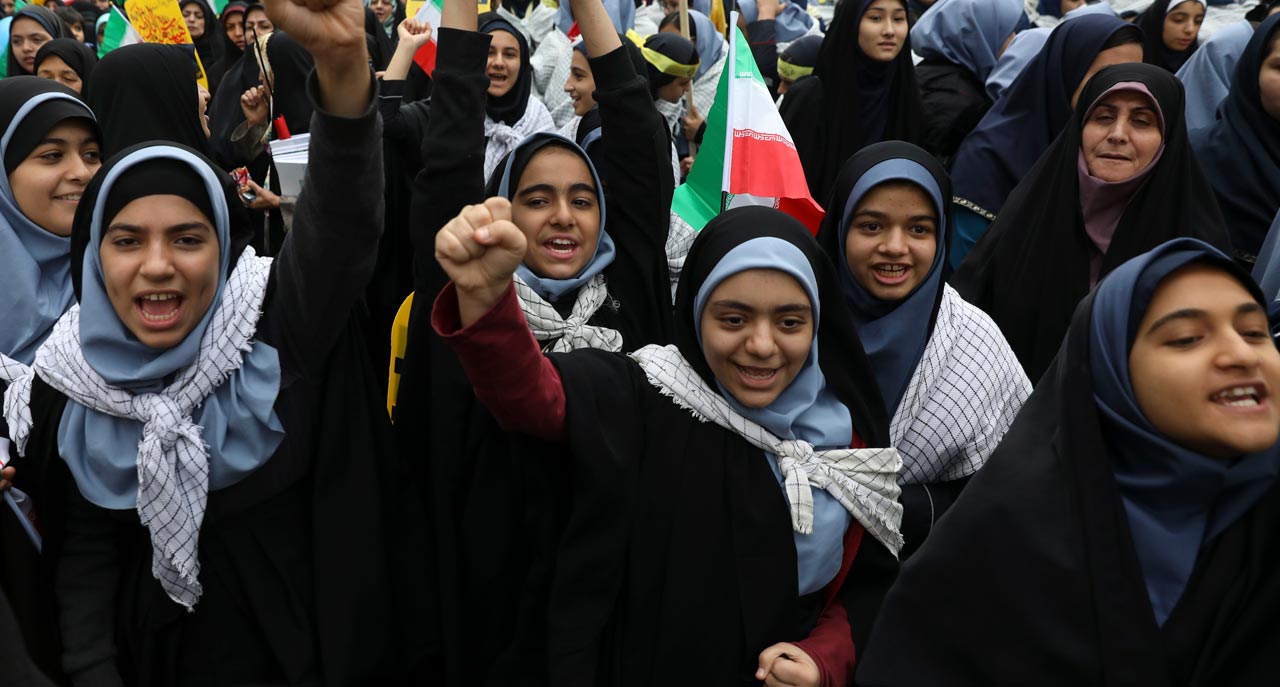 TEHRAN, Iran — Iran on Monday broke further away from its collapsing 2015 nuclear deal with world powers by doubling the number of advanced centrifuges it operates, linking the decision to U.S. President Donald Trump’s withdrawal from the agreement over a year ago.

“With the grace of God, I start the gas injection,” the U.S.-trained scientist said.
The deal once limited Iran to using only 5,060 first-generation IR-1 centrifuges to enrich uranium by rapidly spinning uranium hexafluoride gas. An IR-6 centrifuge can produce enriched uranium 10 times faster than an IR-1, Iranian officials say.
Salehi also announced that scientists were working on a prototype he called the IR-9, which worked 50-times faster than the IR-1.
As of now, Iran is enriching uranium up to 4.5%, in violation of the accord’s limit of 3.67%. Enriched uranium at the 3.67% level is enough for peaceful pursuits but is far below weapons-grade levels of 90%. At the 4.5% level, it is enough to help power Iran’s Bushehr reactor, the country’s only nuclear power plant. Prior to the atomic deal, Iran only reached up to 20%.
Iranian President Hassan Rouhani will announce further steps away from the accord sometime soon, government spokesman Ali Rabiei separately said Monday, suggesting Salehi’s comments could be followed by additional violations of the nuclear deal. An announcement had been expected this week.
Iran has threatened in the past to push enrichment back up to 20%. That would worry nuclear nonproliferation experts because 20% is a short technical step away from reaching weapons-grade levels of 90%. It also has said it could ban inspectors from the United Nations’ nuclear watchdog, the International Atomic Energy Agency.

The Vienna-based IAEA declined to comment on Iran’s announcement. The IAEA previously said Iran planned to build two cascades, one with 164 IR-2M centrifuges and another with 164 IR-5 centrifuges. A cascade is a group of centrifuges working together to more quickly enrich uranium.

Meanwhile Monday, demonstrators gathered in front of the former U.S. Embassy in downtown Tehran to mark the takeover. The resulting hostage crisis saw Islamist students seize the post in response to U.S. President Jimmy Carter allowing Iran’s autocratic leader, Shah Mohammad Reza Pahlavi, to receive medical care in the U.S. While some hostages found freedom amid the crisis, 52 Americans were held for 444 days until U.S. President Ronald Reagan’s inauguration in Jan. 1981.
“Thanks to God, today the revolution’s seedlings have evolved into a fruitful and huge tree that its shadow has covered the entire” Middle East, said Gen. Abdolrahim Mousavi, the commander of the Iranian army.
However, this year’s commemoration of the embassy seizure comes as Iran’s regional allies in Iraq and Lebanon face widespread protests. The Iranian Consulate in Karbala, Iraq, a holy city for Shiites, saw a mob attack it overnight. Violence there killed three people and wounded 19, Iraqi officials said.
Trump retweeted posts by Saudi-linked media showing the chaos outside the consulate. The violence comes after the hard-line Keyhan newspaper in Iran reiterated a call for demonstrators to seize U.S. and Saudi diplomatic posts in Iraq in response to the unrest.
The collapse of the nuclear deal coincided with a tense summer of mysterious attacks on oil tankers and Saudi oil facilities that the U.S. blamed on Iran. Tehran denied the allegation, though it did seize oil tankers and shoot down a U.S. military surveillance drone.
The U.S. has increased its military presence across the Mideast, including basing troops in Saudi Arabia for the first time since the aftermath of the Sept. 11, 2001 terror attacks. Both Saudi Arabia and the neighboring United Arab Emirates are believed to be talking to Tehran through back channels to ease tensions. Rouhani recently sent a letter to both Bahraini and Saudi leaders on regional peace and security, said Rabiei, the Iranian government spokesman.

From Toast of Town to Toxic: Facebook CEO on Outs With Dems