ORINDA — Airbnb’s CEO said the company was taking actions against unauthorized parties in the wake of a deadly shooting at a Halloween party held at an Airbnb rental home in California.

In a series of tweets, Brian Chesky said Saturday the San Francisco-based company is expanding manual screening of “high risk” reservations and will remove guests who fail to comply with policies banning parties at Airbnb rental homes.

He also said the company is forming a “rapid response team” when complaints of unauthorized parties come in.

“We must do better, and we will. This is unacceptable,” he tweeted.

We must do better, and we will. This is unacceptable.

Five people died after a Thursday night shooting that sent some 100 terrified partygoers running for their lives in the San Francisco suburb of Orinda.

The four-bedroom home had been rented on Airbnb by a woman who told the owner her dozen family members had asthma and needed to escape smoke from a wildfire, the person with knowledge of the transaction told The Associated Press. A fire burning in Sonoma County about 60 miles north of Orinda earlier in the week fouled the air over a wide area.

The owner was suspicious of a one-night rental on Halloween and before agreeing reminded the renter that no parties were allowed, said the person with knowledge of the transaction, who was not authorized to publicly disclose the information and spoke only on condition of anonymity.

There Was No Immediate Word on a Motive for the Attack

The owner, Michael Wang, said his wife reached out to the renter Thursday night after neighbors contacted them about the party. The renter said there were only a dozen people at the home but Wang said he could see more people on video from his doorbell camera.

“We called the police. They were on the way to go there to stop them, but before we got there the neighbor already sent us a message saying there was a shooting,” he told the Chronicle.

No arrests had been made and there was no immediate word on a motive for the attack. Two guns were found at the property, authorities said.

Three people, all from the Bay Area, died at the scene and a fourth died at the hospital, authorities initially said. The Contra Costa County Sheriff’s Office identified them Friday evening as Tiyon Farley, 22, of Antioch; Omar Taylor, 24, of Pittsburg; Ramon Hill Jr., 23; and Javin County, 29. The sheriff’s office identified a fifth victim, 19-year-old Oshiana Tompkins of Vallejo and Hercules, late Friday night, saying she died at a hospital.

Taylor’s father, Omar Taylor Sr., said his son was hired to play music at the party.

Laneisha Epps, his stepmother, told KGO-TV, that the family is devastated.

“I personally think this was a senseless, careless act. It’s such a traumatic experience the family is taking on now,” Epps said. “Music and DJ’ing was his happiness, I don’t even think he was going in thinking there was trouble or anything.” 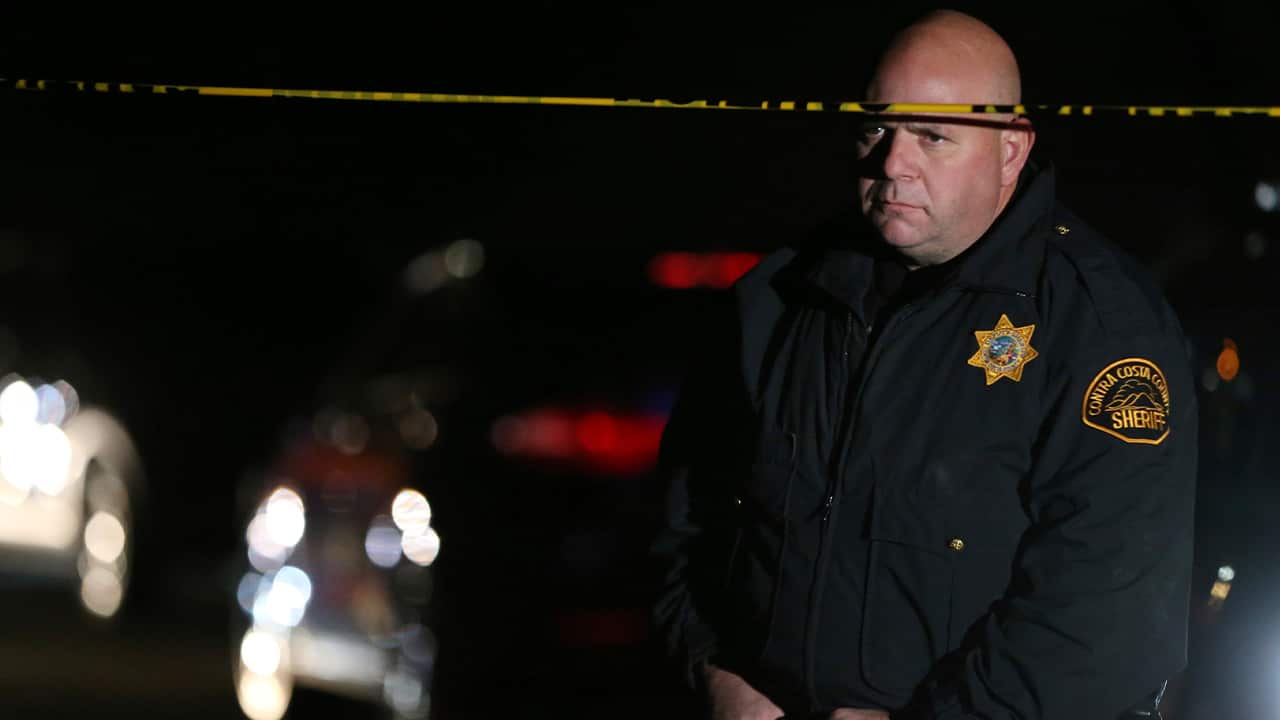 Airbnb Is ‘Urgently Investigating’ What Happened

Omari Taylor told KGO that his brother worked as a DJ to help support his young daughter. “He was a good man. If he was here right now, he’d want everyone to stay strong,” Taylor said.

“He wanted to be successful in everything and he wanted to care of everyone, take care of his children’s children. That’s what his plan was,” Taylor told the TV station.

Other people were wounded by gunshots or injured in the panic that followed, authorities said.

The party at the four-bedroom house apparently was advertised on social media as an “Airbnb mansion party.”

Orinda, with a population of about 20,000, requires short-term rental hosts to register with the city annually and pay an occupancy tax. The maximum occupancy is 13 people.

Airbnb is “urgently investigating” what happened, spokesman Ben Breit said in an email.

Airbnb has banned the renter from its platform and the home has been removed as a listing, he said.

The Screaming Seemed to Last Forever

One attendee said he was enjoying the music and watching people dance when he heard shots and people started running.

“Everybody started running, scrambling. People were just collapsing and friends were helping friends. It was a scary situation and then as everyone is panicking and stuff, there were more shots.” — Devan, party attendee

The screaming seemed to last forever, said Devan, who asked that his last name not be used because he feared for his safety.

“Everybody started running, scrambling,” he said. “People were just collapsing and friends were helping friends. It was a scary situation and then as everyone is panicking and stuff, there were more shots.”

Devan shot a video posted to Instagram that showed a wounded man on the ground and a police officer standing over him and a woman saying she needs to go to the hospital “because my hand’s been blown off.”

On Friday, police tape surrounded the block as people came to collect their cars and other belongings. One woman in tears told reporters the father of her child had been killed. She left before giving her name.

Romond Reynolds picked up the car of his son, 24-year-old Armani Reynolds, who he said was left comatose by the shooting.

Neighbor Shahram Saki, 61, said in a phone interview that some fleeing partygoers hid in the bushes in his front yard and others begged to be let into his home.

“They were screaming for help. I told them, ‘You gotta get out of here,'” Saki said. “I was scared to death, anything could have happened.”