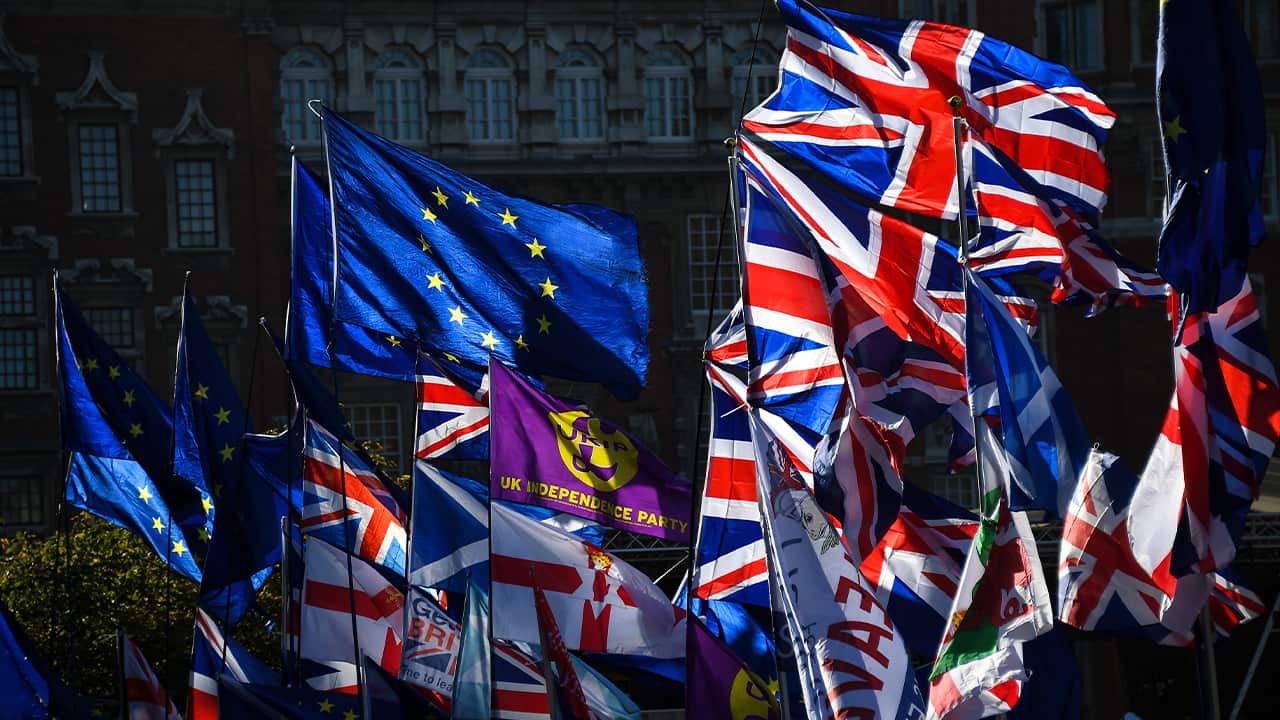 LONDON — The European Union agreed Monday to delay Brexit by three months until Jan. 31, acting to avert a chaotic U.K. departure just three days before Britain was due to become the first country ever to leave the 28-nation bloc.
The decision was welcomed by politicians in the U.K. and the EU as a temporary respite from Brexit anxiety — but not by British Prime Minister Boris Johnson, who said just weeks ago that he would “rather be dead in a ditch” than postpone the U.K.’s leaving date past Oct. 31.

There was no immediate response from Johnson, who is bound by law to accept the EU’s terms. But Johnson’s spokesman insisted it was Parliament’s fault, not the prime minister’s, that Johnson had failed to deliver his core promise of an Oct. 31 Brexit.
“We should be leaving on Oct. 31,” said Johnson spokesman James Slack. “He did secure a great new deal, he set out a timetable that would have allowed the U.K. to leave on Oct. 31 with that deal — and Parliament blocked it.”
The delay is the third time the Brexit deadline has been changed since British voters decided in a 2016 referendum to leave the bloc.
Johnson took office in July vowing to “get Brexit done” after his predecessor, Theresa May, resigned in defeat. Parliament had rejected her divorce deal with the bloc three times, and the EU had delayed Britain’s scheduled March 29 departure, first to April, and then to October.
Johnson has faced similar political gridlock, as Parliament blocked his attempt to push through his Brexit deal before the October deadline and made him ask the EU for more time.
The prime minister now wants to shepherd his Brexit withdrawal bill through Parliament before the election, but Johnson’s opponents don’t want to give him that victory. His motion Monday calling for a Dec. 12 vote — more than two years before Britain’s next scheduled election in 2022 — needs the support of two-thirds of lawmakers to pass, and opposition parties are reluctant to hold an election on Johnson’s terms.
Two opposition parties — the Liberal Democrats and Scottish National Party — are backing a rival plan for a Dec. 9 election if Johnson’s proposal fails. Johnson’s government has signaled that it will accept that idea if its own motion is defeated. Britain’s Prime Minister Boris Johnson, right, reacts with pupils during a visit to Middleton Primary School in Milton Keynes, England, Friday Oct. 25, 2019. European Union ambassadors agreed Friday that the bloc should grant Britain’s request for another extension to the Brexit deadline but have not yet figured out how long that delay should be. (Paul Grover/Pool via AP)

Even if there is an early election, it could produce a Parliament as divided over Brexit as the current one. All the political parties in Britain are worried about a backlash from grumpy voters asked to go to the polls at the darkest, coldest time of the year. Britain has not had a December election in almost a century.