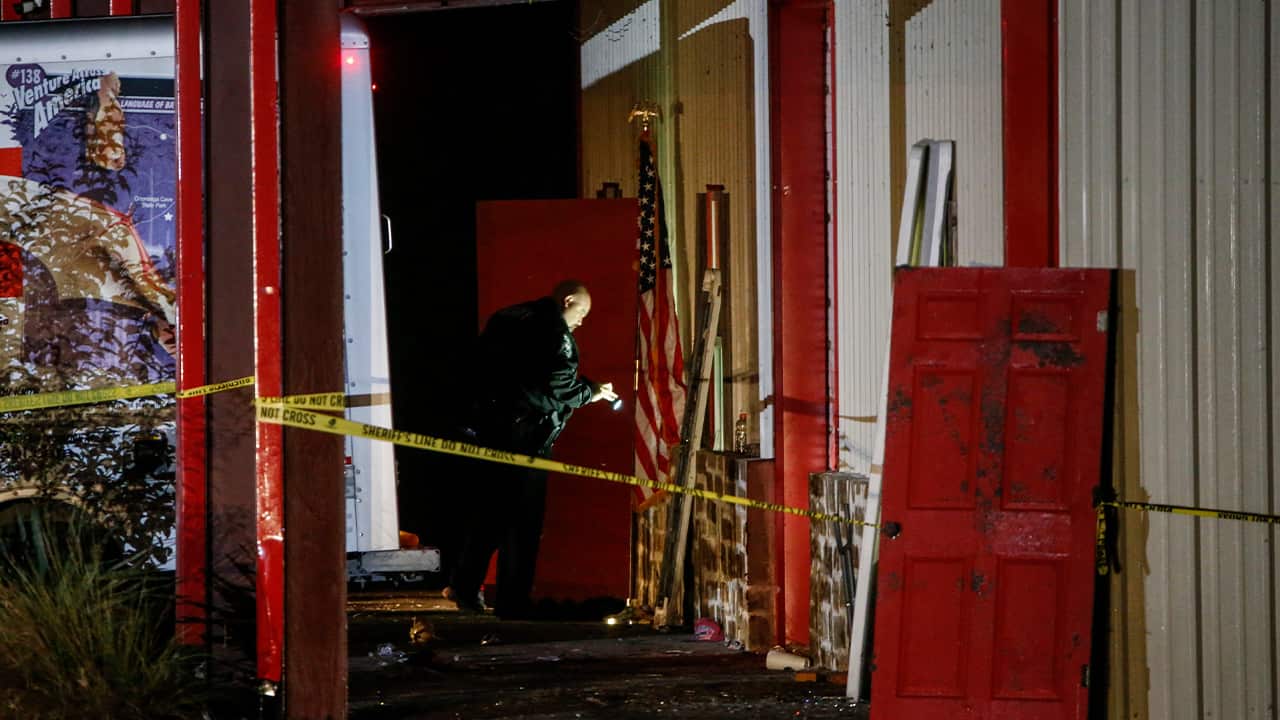 GREENVILLE, Texas — A gunman opened fire at an off-campus college party in Texas, leaving two people dead and 12 others injured before he escaped in the ensuing chaos, authorities said Sunday.
Authorities believe the shooter may have been targeting just one person at the party of about 750 people outside Greenville, 15 miles southwest of a satellite campus of the Texas A&M University System, and that others may have been shot at random, Hunt County Sheriff Randy Meeks said. Authorities were still looking for the suspect, Meeks said, and had not yet identified him.
The shooting took place around midnight Saturday at what Meeks described as a Halloween and homecoming party for Texas A&M University-Commerce, though officials have said it was not a school-sanctioned event. Authorities believe there was one male shooter who entered the venue through the back door and began firing with a handgun, Meeks said.
Meeks described “complete chaos” after the shots rang out, with hundreds of people fleeing, including the gunman. Authorities initially had said 14 people were injured, but they later revised that figure.
The 12 injured included six people who were trampled or hurt by glass in the melee, according to Sgt. Jeff Haines, a spokesman for the sheriff’s department. Six others were injured by gunfire. Four of them were in critical condition and one was in good condition Sunday afternoon, he said. He did not know the condition of the sixth person.
The two people killed were both males, Meeks said. Family members identified one of the victims to local media as Kevin Berry Jr., 23, of Dallas.
After a vigil for Berry on Sunday night at a Dallas park, at least one person opened fire. Mourners and reporters on hand for the event took cover and at least one vehicle was struck by bullets, according to local media reports. Multiple gunshots can be heard in a video posted by one reporter.

Dallas police said the shooting stemmed from a “disturbance” at the vigil and that no injuries were reported.
University President and CEO Mark Rudin, in a statement on the school’s Facebook page, said four of its students were treated and released from area hospitals. The students were not identified. Halloween masks litter the ground amongst signs of chaos at the scene where a deadly shooting in Greenville, Texas. A gunman opened fire at an off-campus Texas A&M University-Commerce party, which left over a dozen injured before he escaped in the ensuing chaos, a sheriff said Sunday. (Ryan Michalesko/The Dallas Morning News via AP)

Meeks said the party was held at a facility called The Party Venue and that the owner was cooperating with authorities. The venue sits along a highway in a rural area some 2.5 miles from the Greenville city limits. Meeks said he was not aware of any surveillance video in the area.