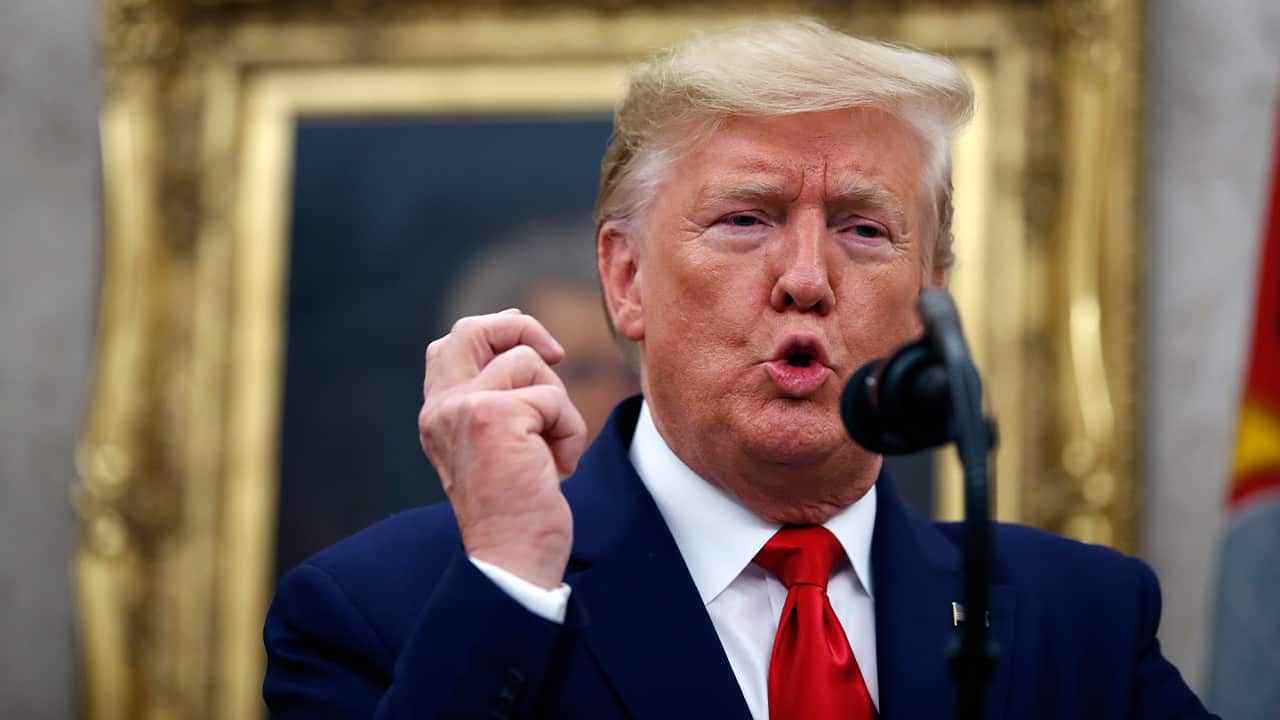 WASHINGTON — Investigating the investigators, the Justice Department has shifted its scrutiny of the government’s Trump-Russia review to a criminal probe, a person familiar with the matter says. It’s raising Democrats’ concerns that President Donald Trump may be using federal muscle to go after his opponents.
The revelation comes as Trump is already facing a House impeachment inquiry examining whether he withheld military aid to pressure the president of Ukraine to launch an investigation of political foe Joe Biden and his son Hunter.

The person who confirmed the criminal investigation Thursday was not authorized to discuss the matter publicly and spoke to The Associated Press only on the condition of anonymity.
It is unclear what potential crimes are being investigated or what prompted the change. But the designation as a formal criminal investigation gives prosecutors the ability to issue subpoenas, empanel a grand jury, compel witnesses to give testimony and bring federal criminal charges.
The Justice Department had previously considered it to be an administrative review, and Attorney General William Barr appointed John Durham, the U.S. attorney in Connecticut, to lead the inquiry into the origins of special counsel Robert Mueller’s probe into Russian interference in the 2016 election. It’s unclear when Durham’s inquiry shifted to a criminal investigation.
Durham is examining what led the U.S. to open a counterintelligence investigation into the Trump campaign and the roles that various countries played in the U.S. probe. He is also investigating whether the surveillance and intelligence gathering methods used during the investigation were legal and appropriate.

Trump has long slammed the investigation, saying there was political bias at the FBI and the probe was all part of a “witch hunt” to discredit him and his presidency.
The chairmen of the House Judiciary and Intelligence committees, which are leading the impeachment inquiry, said in a statement late Thursday that the reports “raise profound new concerns” that Barr’s Justice Department “has lost its independence and become a vehicle for President Trump’s political revenge.” Special counsel Robert Muller speaks at the Department of Justice Wednesday, May 29, 2019, in Washington, about the Russia investigation. (AP Photo/Carolyn Kaster)

Mueller also examined 10 possible instances of obstruction of justice and has pointedly said he could not exonerate the president.
The New York Times first reported that Durham’s inquiry had become a criminal investigation.
The FBI’s counterintelligence investigation — which later became the Mueller probe — was triggered, in part, by a tip from an Australian diplomat, Alexander Downer. George Papadopoulos, a former Trump campaign adviser, had told Downer in May 2016 that Russia had thousands of stolen emails that would be potentially damaging to election opponent Hillary Clinton.
Papadopoulos, who served as a foreign policy adviser to Trump’s campaign, had learned from a Maltese professor, Joseph Mifsud, that Russia had “dirt” on Clinton in the form of the stolen emails. The FBI’s investigation into potential coordination between Russia and the Trump campaign later morphed into part of Mueller’s probe.

Papadopoulos later pleaded guilty to lying to the FBI about the conversation with Mifsud and served a nearly two-week sentence in federal prison.
The Justice Department has said Trump recently made several calls at Barr’s request to foreign leaders, including Australian Prime Minister Scott Morrison, to help the attorney general with the current Durham investigation of the investigation.
Barr also traveled with Durham to Italy in August and September, and the two met with Italian intelligence officials to seek information about the activities of FBI agents assigned there, Italian Premier Giuseppe Conte said Wednesday. Mifsud and Papadopoulos first met in Italy in 2016.
Related Topics:criminal probeDemocratsimpeachmentinvestigatorsJoe BidenJustice DepartmentPresident Donald TrumpUkraine
Up Next