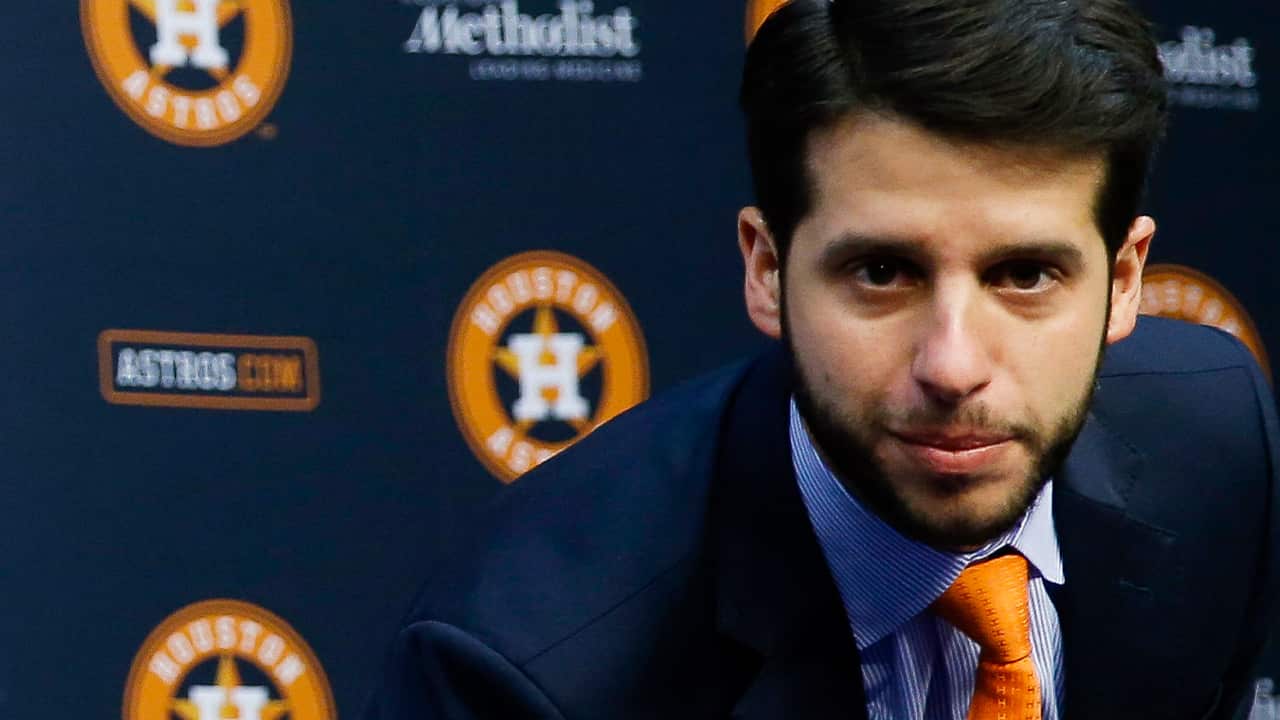 WASHINGTON — The Houston Astros fired assistant general manager Brandon Taubman on Thursday for directing inappropriate comments at female reporters during a clubhouse celebration, announcing the decision in the middle of the World Series and putting a renewed spotlight on domestic violence in baseball.

After an investigation by Major League Baseball and the Astros, Luhnow met with Taubman on Thursday and fired him before the team traveled to Washington in what Luhnow termed “a pretty tough conversation.”
Taubman did not respond to a text from The Associated Press seeking comment.
Houston’s initial statement Monday claimed SI tried to “fabricate a story where one does not exist” and maintained Taubman’s comments weren’t directed at reporters. Luhnow said he was among the Astros officials who saw the statement before it was issued.

“There’s nothing about that first statement that was correct or that’s defensible,” Luhnow said. “The original impression that we had, without doing an investigation — and that’s our fault for not doing the investigation — was that it was two colleagues talking who were overheard and the comments were not directed at anybody in particular, not meant to be mean-spirited in any way or offensive in any way, just supportive of the player who had had a bad night.”
“But as we continued to investigate, it was clear that they were intended to be heard. And they were completely inappropriate,” he said.
Luhnow said the Astros decided Wednesday “that we were going to take action unilaterally ahead of Major League Baseball making any recommendations.” He said Taubman’s behavior did not indicate a wider problem in the Astros’ front office.
“This is not something that’s endemic. This is not a cultural issue,” he said. “We have a lot of really good people in our front office, in our coaching staff, and our team.”

Astros Manager AJ Hinch Has Been Critical of Taubman’s Behavior

Houston apologized to the SI reporter, the magazine and people who saw the incident, and to those who were offended.
“The Astros are very committed to using our voice to create awareness and support on the issue of domestic violence,” the team said in a statement.


“The Astros are very committed to using our voice to create awareness and support on the issue of domestic violence.” — Houston Astros statement
Astros manager AJ Hinch has been critical of Taubman’s behavior since the SI report came out.
“I continue to be disappointed and just sorry it happened,” Hinch said.
A 2007 graduate of Cornell with a degree in applied economics, Taubman worked for Ernst & Young and then as an analyst in the equity derivatives group of Barclays Investment Bank before he was hired by the Astros as an analyst in June 2013.
He was promoted to manager of baseball operations before the 2014 season, director of baseball operations in October 2015, senior director of baseball operations in August 2017 and assistant general manager in September 2018, tasked with major league administrative functions and oversight of analytics and pro player scouting. The Astros announced a contract extension on Sept. 30 and a wider role as assistant general manager, player evaluation.
“He’s been a valuable employee. We hired him over five years ago, he’s moved up quickly in the organization,” Luhnow said. “He’s smart. He’s hard working. And these comments that he made were out of character. He hasn’t had this type of incident before. This is not a repeating pattern of anything, which is why it was so easy for us to believe that it was more innocent than it turned out to be.”
Related Topics:BaseballBrandon Taubmanfemale reportersHouston AstrosinappropriateMLBWorld Series
Up Next