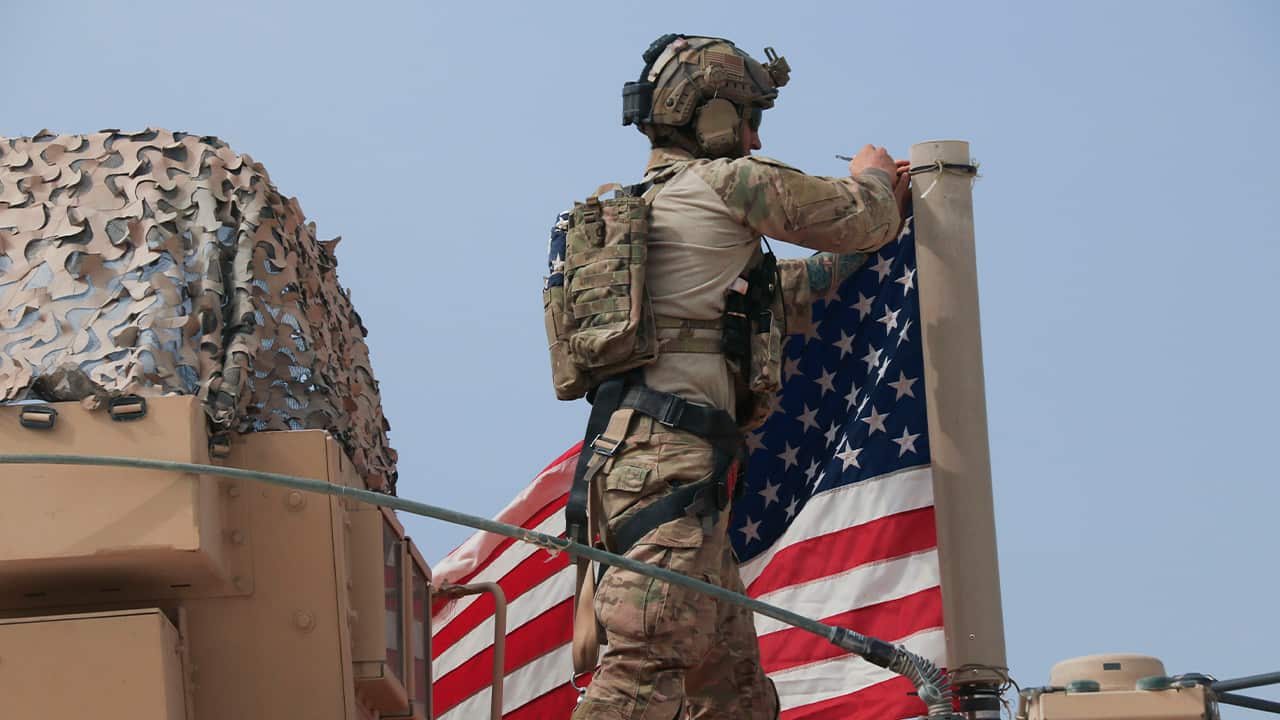 KABUL, Afghanistan — The U.S. may leave some forces in Syria to secure oilfields and make sure they don’t fall into the hands of a resurgent Islamic State, Defense Secretary Mark Esper said Monday, even though President Donald Trump has insisted he is pulling troops out of the country and getting out of “endless wars.”

Esper said the main goal of leaving some troops around the oilfields would be to make sure the Islamic State doesn’t gain control of the revenue they generate.
The defense secretary said American troops around Kobani are withdrawing and that the U.S. is maintaining combat air patrol over U.S. forces in Syria as the withdrawal goes on. He said the U.S. is using overhead surveillance to try to monitor the recently negotiated cease-fire “as best we can.”
While Trump has insisted he’s bringing home Americans from “endless wars” in the Mideast, Esper said all U.S. troops leaving Syria will go to western Iraq and the American military will continue operations against the Islamic State group.

Esper told reporters over the weekend that the fight in Syria against IS, once spearheaded by American allied Syrian Kurds who have been cast aside by Trump, will be undertaken by U.S. forces, possibly from neighboring Iraq.
But he said in a tweet Monday that the U.S. would only “temporarily reposition” troops from Syria “in the region” until they could return home.
Esper did not rule out the idea that U.S. forces would conduct counterterrorism missions from Iraq into Syria. But he told reporters traveling with him that those details will be worked out over time.
Trump nonetheless tweeted: “USA soldiers are not in combat or ceasefire zones. We have secured the Oil. Bringing soldiers home!”
The Republican president declared this past week that Washington had no stake in defending the Kurdish fighters who died by the thousands as America’s partners fighting in Syria against IS extremists. Turkey conducted a weeklong offensive into northeastern Syria against the Kurdish fighters before a military pause.
“We never agreed to protect the Kurds for the rest of their lives,” Trump said during a Cabinet meeting Monday.

Trump’s acting chief of staff, Mick Mulvaney, asked about the fact that the troops were not coming home as the president claimed they would, said, “Well, they will eventually.” He told “Fox News Sunday” that “the quickest way to get them out of danger was to get them into Iraq.”