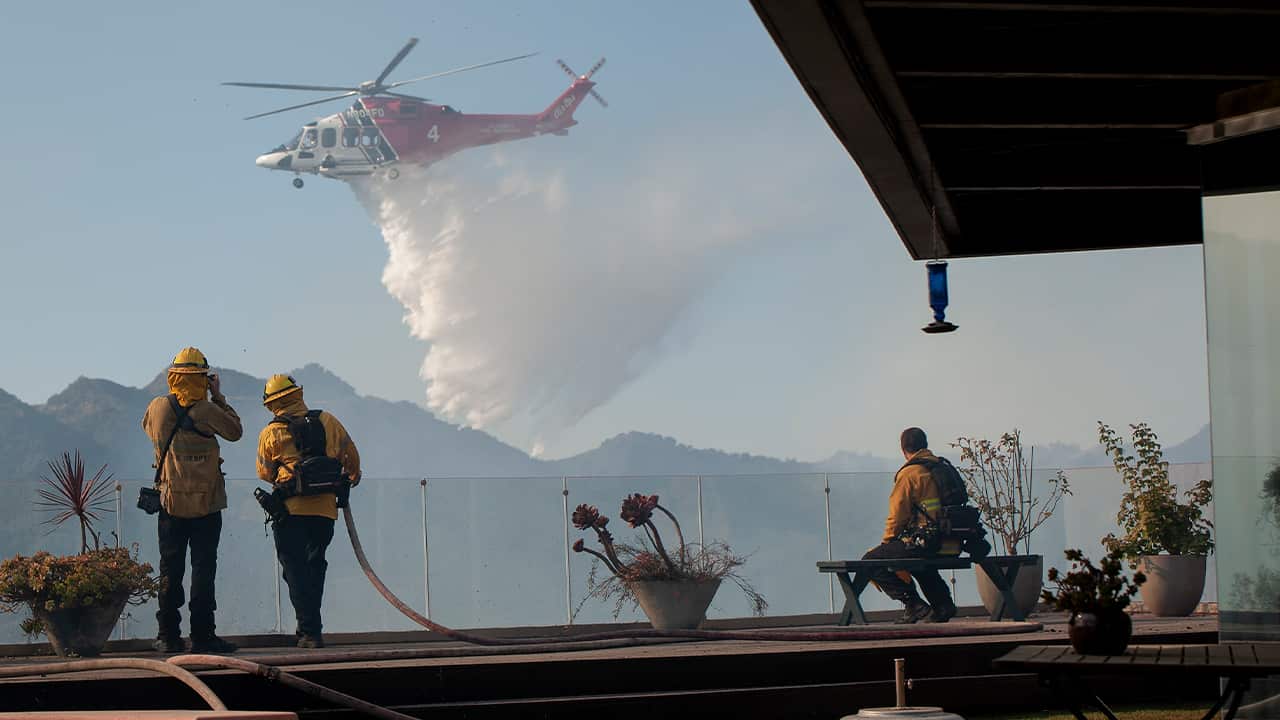 Less than two weeks after blacking out much of Northern California, PG&E is warning that dangerous fire weather could prompt it to shut off power to about a half-million people.
Pacific Gas & Electric began notifying customers Monday that it could begin precautionary shutoffs to parts of 16 counties as early as Wednesday, mostly in the Sierra foothills and to the north of the San Francisco Bay Area.
Any blackouts would last at least 48 hours, the utility said.
The utility is concerned that winds forecast to hit 60 mph at times could throw branches and debris into power lines or topple them, sparking wildfires. PG&E equipment has been blamed for igniting several of California’s deadliest and most destructive fires in recent years and the utility, facing billions in potential claims, was forced into bankruptcy.
However, CEO Bill Johnson said the shutdown was about safety, not money.
“The sole intent is to prevent a catastrophic wildfire,” he said.
A huge portion of California is under high fire risk amid unpredictable gusts and soaring temperatures. At least three homes were damaged or destroyed Monday evening by wind-whipped flames in a mountain community near San Bernardino in inland Southern California. Earlier in the day Los Angeles firefighters beat back a blaze as it raced up canyon walls toward multimillion-dollar ocean-view homes on a coastal ridge.

Utility Says It Will Work to Do Better at Communicating

“This could be one of our most critical weeks of the fall season for fire weather due to very warm temperatures and bouts of Santa Ana winds,” the National Weather Service said in a statement.


“This could be one of our most critical weeks of the fall season for fire weather due to very warm temperatures and bouts of Santa Ana winds.” — National Weather Service
Southern California Edison, which had warned of possible safety outages at any time, announced Monday evening that none would take place in the next 48 hours but warned that it was monitoring the weather.
“Weather conditions might be different for Thursday,” and in that case, notification would be given Tuesday, said Edison spokeswoman Sally Jeun.
PG&E’s phone, text and email warnings to 200,000 homes and businesses came about 10 days after more than 2 million people had their lights turned off by the utility when powerful winds whipped up.
Johnson promised that if blackouts are necessary, the utility will work to do better at communicating with customers and avoid the chaos of the last shutoff when the utility only gave about 10 hours’ warning to customers in northern and central California. Its website crashed, maps were inconsistent and call centers were overloaded.
Panicked residents stood in long lines at supermarkets, hardware stores and gas stations, rushing to buy ice, coolers, flashlights, batteries and gas for their cars.
Gov. Gavin Newsom and others blasted PG&E for the unprecedented size of the blackout and the communication problems.
Andy Vesey, a PG&E executive, said last week that the utility didn’t think broadly enough and underestimated the needs of their customers and local governments.
“We have to develop a mindset, or culture, of anticipation,” he said.
Related Topics:CaliforniacommunicationfireoutagesPacific Gas & Electricsafetyutilityweather
Up Next