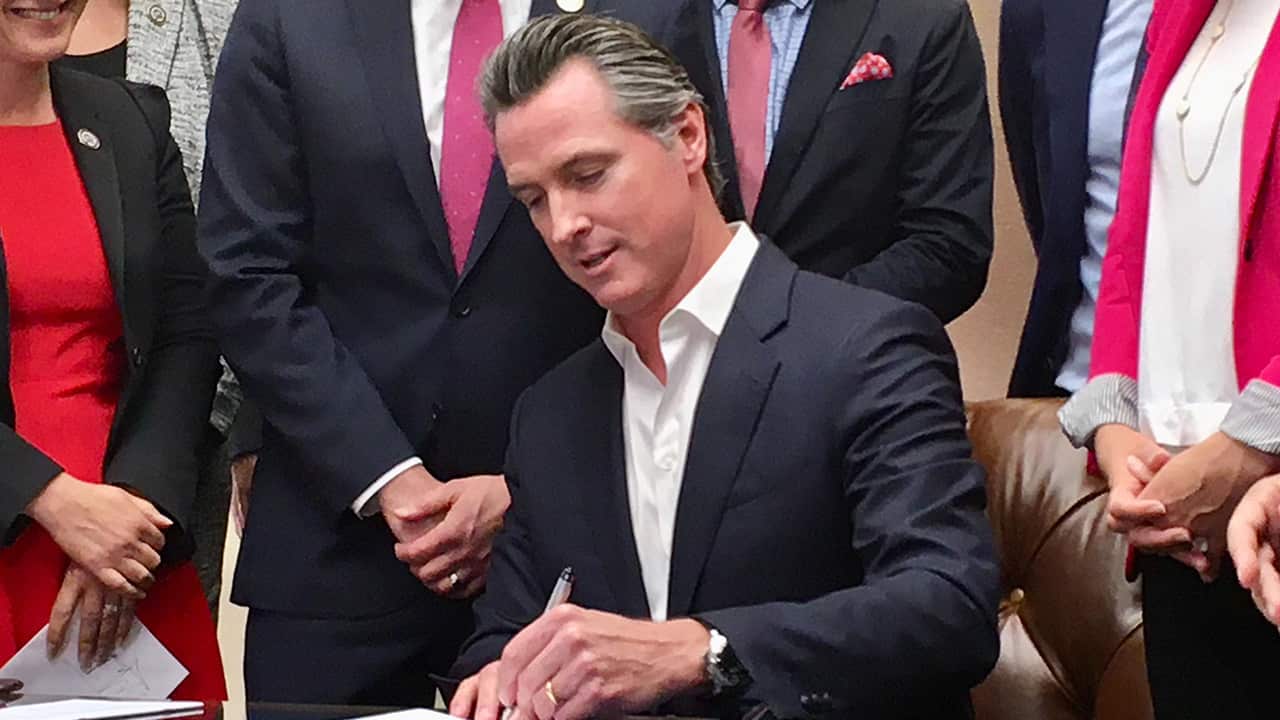 Banning is the name of a small city in Southern California, but also applies to a pervasive theme of the Legislature this year.
The 1,042 bills that passed the Legislature and the 870 signed by Gov. Gavin Newsom included an extraordinary number that used the state’s police powers to prohibit activities deemed to violate the Capitol’s often unique sensibilities.

Dan Walters
Opinion
They ranged from the semi-ridiculous, such as banning tiny plastic bottles of shampoo and other toiletries from hotel rooms, to the obviously justified, such as tightening up the ban on unvaccinated school children.
Guns and gun owners were the targets of several legislated bans, such as one on gun shows in San Diego County’s Del Mar fairgrounds and another to limit purchases of rifles to no more than one every 30 days, emulating a pre-existing limit on handgun purchases.
Some of the newly minted prohibitions would affect, or even erase, whole economic sectors, such as eliminating cash bail, banning the sale of some animals, barring circuses from using elephants and other wild animals in their shows, or making it difficult, if not impossible, to work on contract, rather than as a payroll employee.

Newsom Is a More Conventional Liberal

The latter, if not overturned by voters, is one of several union-sponsored bills aimed at changing employer-employee relationships in favor of the latter. Another would prohibit employers from requiring binding arbitration of disputes as a precondition to employment.
In signing both the binding arbitration ban and another measure prohibiting smoking on state beaches and in state parks, Newsom departed sharply from his predecessor, Jerry Brown, who had a streak of libertarianism and sometimes rejected bills he saw as going too far down the path of official nannyism.
Brown vetoed beach smoking bans three times, saying last year, “Third time is not always a charm. My opinion on the matter has not changed. We have many rules telling us what we can’t do and these are wide open spaces.”
Newsom is a more conventional liberal, or “progressive” in the preferred nomenclature of those on the left side of the political scale, and generally endorses their latter-day puritanism.
That said, during his first experience with the Legislature’s 11th-hour blizzard of more than 700 bills approved before adjournment in September, Newsom did show a bit of political fortitude.
Clearly worried about a slowing economy, the freshman governor rejected several bills that would have committed the state budget to multi-billion-dollar spending increases backed by influential interest groups.

One would have reinstated a new version of redevelopment, which local governments once used to remake neighborhoods deemed to be blighted. Brown and the Legislature eliminated redevelopment seven years ago, and the revised version Newsom vetoed would have cost the state budget as much as $2 billion a year. In doing so, he bucked local governments and construction unions.
Newsom also vetoed legislation that local governments and their unions had wanted to change the wording of local ballot measures for a tax increase and bond as they were presented to voters. Such measures must now be up-front with voters on their financial consequences, but local officials wanted to bury that information in the voter pamphlet.
Finally, Newsom signed a bill to require the state’s middle and high schools to eliminate early classes that, pediatric physicians said, were depriving teenagers of much-needed sleep. The entire education establishment, including the very influential California Teachers Association, wanted Newsom to veto the bill that Brown had previously rejected.
Scarcely two months hence, the Legislature will return to Sacramento and the whole process will begin again.
CalMatters is a public interest journalism venture committed to explaining how California’s state Capitol works and why it matters. For more stories by Dan Walters, go to calmatters.org/commentary

Opinion: Valley Should Not Be Held Captive to PG&E Failures