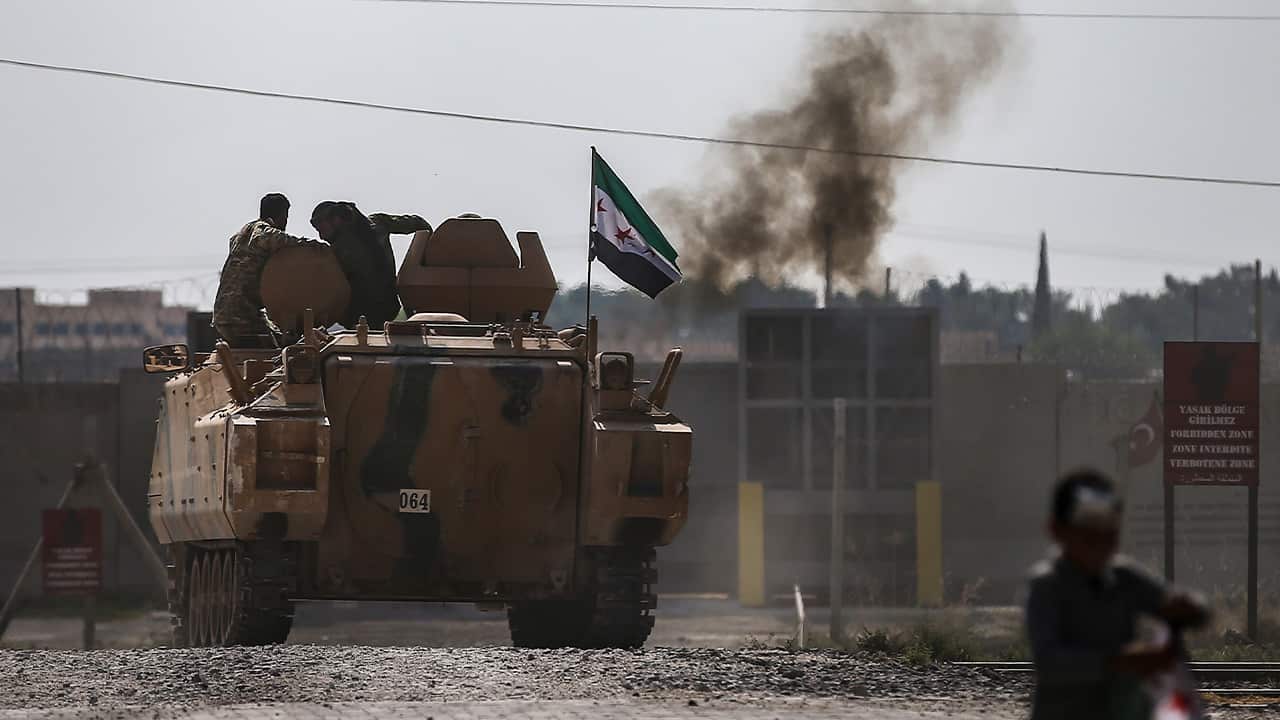 CEYLANPINAR, Turkey — The Kurdish-led administration in northern Syria accused Turkey on Friday of violating a U.S.-brokered cease-fire that went into effect overnight, as fighters from both sides clashed in and around a border town that has been one of the fiercest fronts in the Turkish invasion.
The town of Ras al-Ayn was emerging as an immediate test for the five-day cease-fire agreed on by Washington and Ankara. Before the deal’s announcement, Turkish-backed forces had encircled the town and were battling fierce resistance from Kurdish fighters inside.
The Syrian Kurds raised further uncertainty over a cease-fire deal that already was vague on key points and left significant questions unanswered. The self-rule administration said some provisions of the cease-fire deal “need further discussion with the United States.”
It did not specify which provisions, but the Kurds have not publicly committed to a central term of the deal — a pullout of their fighters from the border region. A spokesman for the Kurdish-led fighters said Friday they were not withdrawing from Ras al-Ayn because Turkish forces are still besieging and shelling it.
Criticism of the cease-fire deal — which President Donald Trump called “a great day for civilization” — mounted. EU Council President Donald Tusk said it was “not a cease-fire, it is a demand for the capitulation of the Kurds” and called on Turkey to immediately halt its operation in northeast Syria. French President Emmanuel Macron called the Turkish operation “madness.”

Other Activists Reported a New Exodus of Civilians From the Villages

Turkish shelling hit in and around Ras al-Ayn on Friday morning, raising columns of smoke, seen by an Associated Press journalist in Ceylanpinar on the Turkish side of the border, but none was seen after 10:30 a.m., and only sporadic gunfire was heard from inside the town.


Pence Said the U.S. Was Already Coordinating With It on a Withdrawal

The cease-fire agreement — reached after hours of negotiations in Turkey’s capital between Erdogan and U.S. Vice President Mike Pence — requires the Kurdish fighters to vacate a swath of territory in Syria along the Turkish border. That arrangement would largely solidify the position Turkey has gained after days of fighting. The Turks and the Kurds appear to disagree on the size of the area covered by the cease-fire. Turkey calls it a “pause” not a cease-fire.
It remains unclear if the Kurdish-led force was on board with pulling back even if a pause in fighting firmly takes hold.
Pence said the U.S. was already coordinating with it on a withdrawal. But American sway with the group has diminished after Trump turned his back on it by withdrawing U.S. soldiers from northeast Syria, opening the way for Turkey to launch its invasion 10 days ago.
The Kurdish-led force’s commander, Mazloum Abdi, said Thursday night that it would abide by the cease-fire and “do our best to make it successful.” He did not mention any withdrawal.
Asked about a withdrawal, a force spokesman, Mervan, said “so far there is nothing,” pointing to the continuing siege of Ras al-Ayn. “It seems that under this deal they want to commit more massacres,” he said. He uses a nom de guerre in accordance with the group’s regulations.
A member of the Syrian Kurdish force ruled out any pull-back from border towns, calling the U.S. deal with Turkey an “insult” and saying “no way this will work.”
“They think we will just leave our land and our people to Turks if we are asked,” he said. “They can come and take the land by force. Nobody should expect us to leave our land.”

The Kurds Were U.S. Allies in the Fight Against the Islamic State Since 2014

“How does the U.S. think to enforce a deal without presence on the ground?” he added, speaking on condition of anonymity because he was not authorized to speak to reporters.
Elsewhere, no fighting was heard Friday along the stretch of the border that has been the main theater of the Turkish assault, running from Ras al-Ayn about 125 kilometers (75 miles) west to the Turkish-held town of Tal Abyad. Kurdish fighters have already been driven out of much, but not all, of that territory.