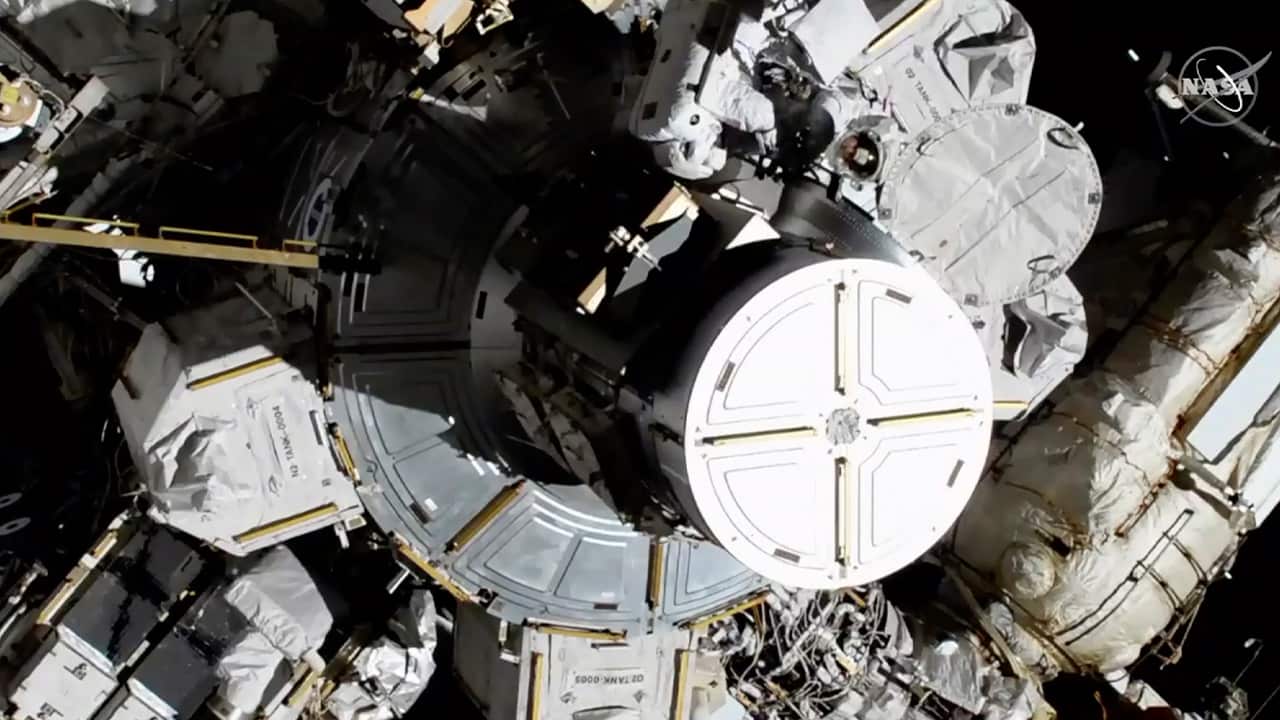 CAPE CANAVERAL, Fla. — The world’s first all-female spacewalking team made history high above Earth on Friday, replacing a broken part of the International Space Station’s power grid.
As NASA astronauts Christina Koch and Jessica Meir completed the job with wrenches, screwdrivers and power-grip tools, it marked the first time in a half-century of spacewalking that men weren’t part of the action. They insisted they were just doing their job after years of training.
“We don’t want to take too much credit because there have been many others — female spacewalkers — before us. This is just the first time that there have been two women outside at the same time … For us, this is really just us doing our job.”
America’s first female spacewalker from 35 years ago, Kathy Sullivan, was delighted. She said it’s good to finally have enough women in the astronaut corps and trained for spacewalking for this to happen.


“We’ve got qualified women running the control, running space centers, commanding the station, commanding spaceships and doing spacewalks,” Sullivan told The Associated Press earlier this week. “And golly, gee whiz, every now and then there’s more than one woman in the same place.” — Jessica Meir
President Donald Trump put in a congratulatory call from the White House to mark “this historic event … truly historic.”
“What you do is incredible. You’re very brave people,” Trump told them as they wrapped up their spacewalk.
Replied Meir: “We don’t want to take too much credit because there have been many others — female spacewalkers — before us. This is just the first time that there have been two women outside at the same time … For us, this is really just us doing our job.”

NASA leaders, Girl Scouts and others also cheered Koch and Meir on. Parents also sent in messages of thanks and encouragement via social media. NASA included some in its TV coverage. “Go girls go,” two young sisters wrote on a sign in crayon. A group of middle schoolers held a long sign reading “The sky is not the limit!!”
At the same time, many expressed hope this will become routine in the future.
Tracy Caldwell Dyson, a three-time spacewalker who looked on from Mission Control in Houston, added: “Hopefully, this will now be considered normal.”
NASA originally wanted to conduct an all-female spacewalk last spring, but did not have enough medium-size suits ready to go until summer. Koch and Meir were supposed to install more new batteries in a spacewalk next week, but had to venture out three days earlier to deal with an equipment failure that occurred over the weekend. It was the second such failure of a battery charger this year, puzzling engineers and putting a hold on future battery installations for the solar power system.
NASA Administrator Jim Bridenstine watched the big event unfold from Washington headquarters.
“We have the right people doing the right job at the right time,” he said. “They are an inspiration to people all over the world including me. And we’re very excited to get this mission underway.”
Speaker of the House Nancy Pelosi sent congratulations to Koch and Meir “for leaving their mark on history” and tweeted that they’re an inspiration to women and girls across America.
The spacewalkers’ main job was to replace the faulty 19-year-old old charge-regulating device — the size of a big, bulky box — for one of the three new batteries that was installed last week by Koch and Andrew Morgan.

“Jessica and Christina, we are so proud of you,” said Morgan, one of four astronauts inside. He called them his “astrosisters.”
Spacewalking is widely considered the most dangerous assignment in orbit. Italian astronaut Luca Parmitano, who operated the station’s robot arm from inside during Friday’s spacewalk, almost drowned in 2013 when his helmet flooded with water from his suit’s cooling system.