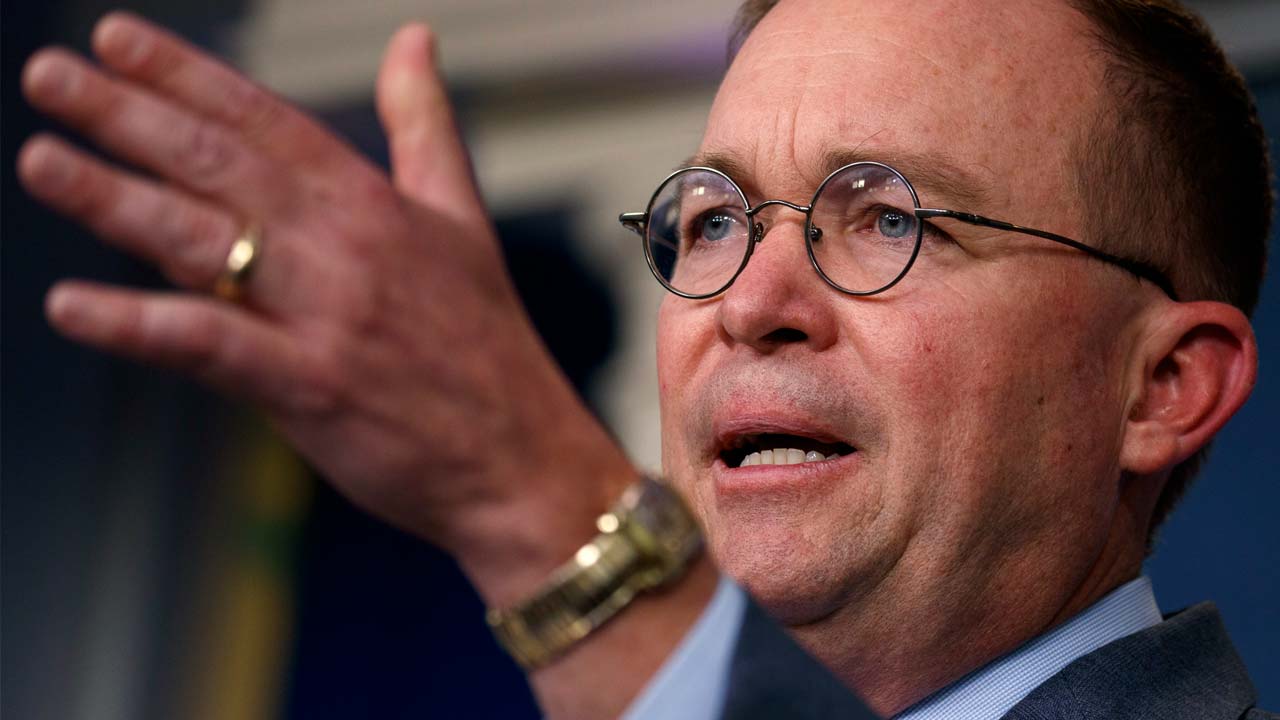 WASHINGTON — The White House acknowledged Thursday that it held up military aid to Ukraine as President Donald Trump pushed the country’s new leader to investigate the Democratic National Committee in the 2016 U.S. presidential campaign, a central question in the House impeachment inquiry.


“I think Mr. Mulvaney’s acknowledgment means that things have gone from very, very bad to much, much worse.” — Rep. Adam Schiff, chairman of the House Intelligence Committee
Acting Chief of Staff Mick Mulvaney said that Trump did nothing wrong in linking the aid to Ukraine’s investigation. He said the probe would simply be part of the Justice Department’s ongoing review of the 2016 election.

House Democrats, who are investigating whether the president engaged in a political quid pro quo when he asked the new Ukraine president to do a “favor,” immediately called it an admission of guilt.
Rep. Adam Schiff, the chairman of the Intelligence Committee leading the impeachment probe told reporters: “I think Mr. Mulvaney’s acknowledgment means that things have gone from very, very bad to much, much worse.”
It is illegal to solicit or receive anything of value from a foreign entity in U.S. elections.
The administration insists it held up military assistance to Ukraine in part because they wanted Ukraine’s cooperation in investigating whether Democratic National Committee’s email servers were in Ukraine.
They also were looking at levels of assistance European nations were providing to Ukraine, he said.

Mulvaney denies there was a quid pro quo and says “we do that all the time with foreign policy.”
He pointed to the example of the administration holding up aid to Central American countries to force them to change their policies on immigration.
Trump ultimately released nearly $400 million in military and other aid to Ukraine.

US, Turkey Agree on Turkish Cease-Fire with Syrian Kurds