Bredefeld Says Fresno Is 'Under Siege' by Homeless People 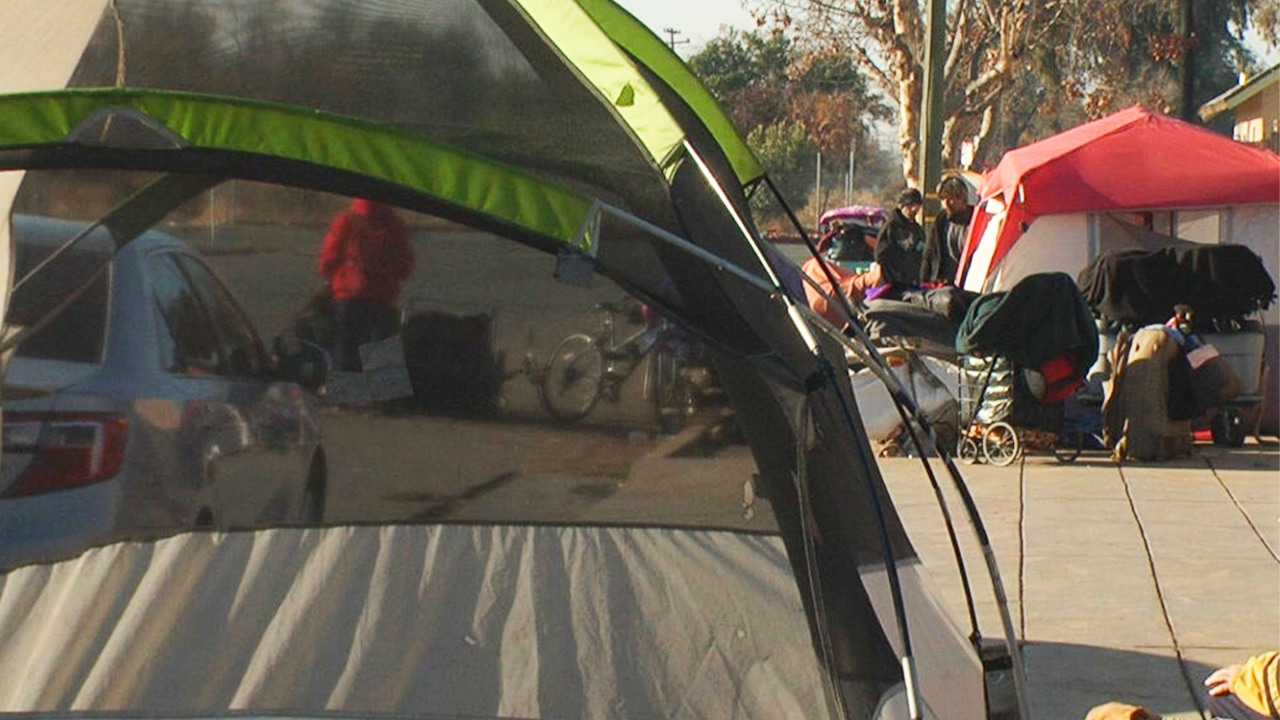 Fresno City Councilman Garry Bredefeld says the community is overwhelmed with chronically homeless people suffering from drug addiction, alcoholism, and mental illness.
And he blames laws approved by California voters via propositions 47 and 57, for increasing homelessness and victimizing law-abiding residents throughout the state.

Listen to this article:
Bredefeld made his remarks at a Tuesday news conference also attended by Fresno Police Chief Andy Hall, councilman Mike Karbassi, and business owner Jennifer Large.
“Our city is clearly under siege because of these dangerous policies from Sacramento,” said Bredefeld, who represents northeast Fresno.

The councilman said he hopes that the state Legislature, ruled by a Democratic supermajority, will enact laws to help cities like Fresno deal with the homeless crisis.
“I would ask, and encourage and cajole our governor to enact real laws, and real teeth instead of weakening the criminal laws,” Bredefeld said. “Instead of making laws that benefit criminals, they think of businesses and people who live in communities who are victimized and really enact laws that address this problem.”
Hall said that Fresno is facing an epidemic caused by “alcohol, drug addiction, and mental illness.” He called upon “our leaders in Sacramento to lead. Politicians must give law enforcement and the medical community the tools to provide life-saving aid.”
Karbassi, who represents northwest Fresno, said that California leads the nation “in many things but not when it comes to addressing mental health.”
He said that while 1 in 6 Californians suffer from “some sort of mental disease … almost two-thirds of them can’t get the help they need.”

Large said that her family’s business has suffered thousands of dollars in losses from theft and vandalism.
Three times, batteries have been stolen, she said. “That’s $600 a pop.” Her husband has had to clean up human feces in the parking lot five times in 2019.

Both Bredefeld and Hall disputed studies stating that California’s high cost of housing contributes to homelessness.
For example, a 2018 study by the UCLA Anderson Forecast found that higher median rent and home prices are strongly correlated with more people living on the streets or in shelters. That research echoed other studies that have found a similar relationship.
Moreover, the city and county of Fresno are using “housing first” strategies in their attempts to reduce chronic homelessness.
Bredefeld called the unavailability of housing “a phony narrative.”
Said Hall: “Simply adding houses” won’t provide the homeless with the help they need.
The police chief also said that less than 1% of the homeless contacted by Fresno police have accepted help or shelter. Just in this year alone, Hall said, the Homeless Task Force unit has made 5,700 contacts with homeless individuals.

Bredefeld called for a five-point plan to fight the homeless problem at both the local and state levels.
“We are not going to allow ourselves to become L.A. or San Francisco. It is not going to happen,” Bredefeld said.
His local plan:
— Increase the Fresno Police homeless task force from five to at least 10;
— Enforce the city’s no-camping ordinance;
— Support businesses, including allowing those in industrial areas to use barbed or razor wire;
— Fund more no-panhandling signs;
— Expand temporary shelters and programs like the Fresno Rescue Mission, which promotes accountability.
At the state level, Bredefeld called for:
— Stopping, in his words, the “phony narrative” that a lack of housing is the root of the homelessness issue;
— Strengthening criminal laws;
— Repealing laws that Bredefeld said have emboldened criminals, as well as ending the 72-hour notice required to remove homeless from state property (such as freeway embankments);
— Mandating drug treatment programs as an alternative to jail;
— Having California declare a state of emergency on homelessness. This, Bredefeld said, would allow for a waiving of housing regulations, make the state eligible for federal funding, and create more temporary shelters.

Earthquake Early Warnings to be Available Through Phone App