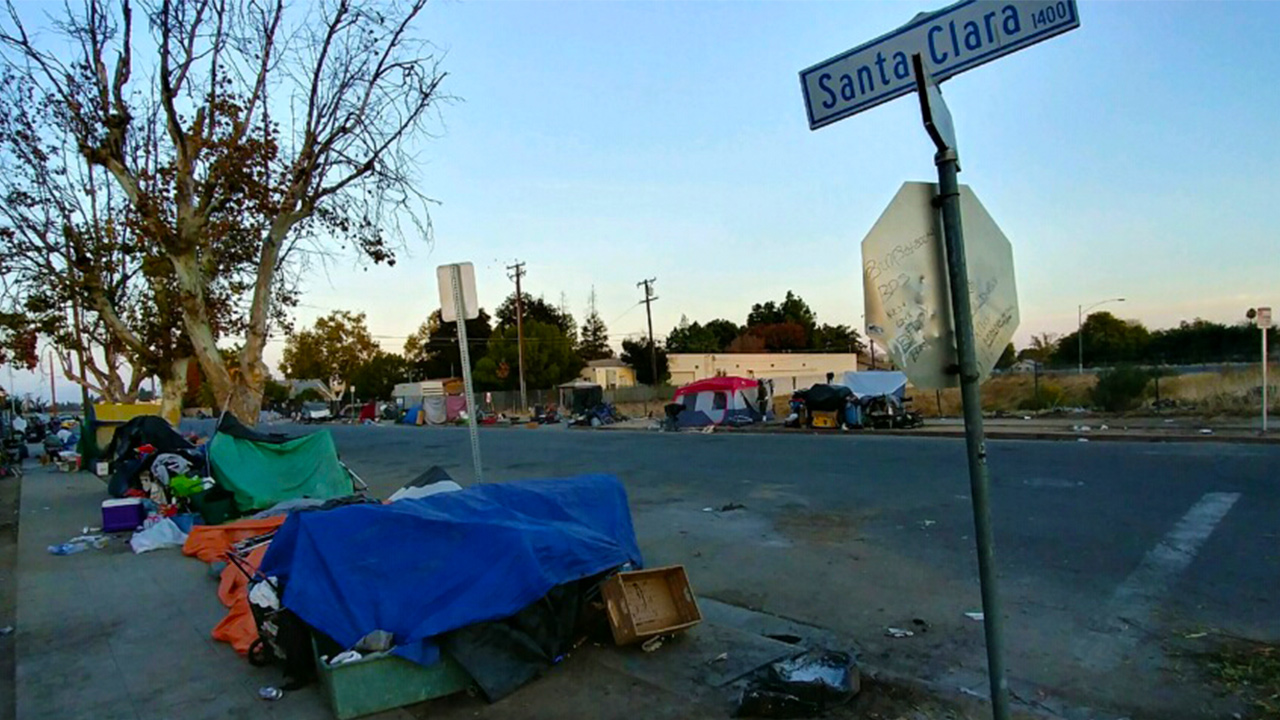 When it comes to homeless people, we all have our stories and our thoughts on what to do.
Our recommendations on how to make things better typically reflect our personal experiences and mindset. Often our proposals do little to reduce homelessness, and sometimes they make things worse.

That is where Barbara Poppe comes in. She is a longtime advocate for the homeless, a consultant and a former executive director of the U.S. Interagency Council on Homelessness.
More importantly, she is skilled at empowering communities to tackle their problems through collaboration and measuring the effectiveness of what they are doing.
Poppe is the point person on helping Street 2 Home Fresno County get up and running. Street2Home is the countywide homeless effort announced June 20 by Fresno Mayor Lee Brand and Fresno County Board of Supervisors Chairman Sal Quintero.
It helps that Poppe knows Fresno well from her visits and work here during the Obama administration.
I asked her a few questions recently. Here are Poppe’s answers.

How Would You Rate Fresno’s Homelessness Efforts?

Poppe: There are some really strong points to the work that has been underway. Fresno compares well to other communities on getting people out of homelessness. There are well over 300 communities across the country that have a continuum of care in place and Fresno’s was (ranked) 40th overall. But Fresno definitely has a high rate of unsheltered homelessness. It’s visible when you visit your community.

What Is Fresno Doing Right?

Poppe: I had an opportunity to do a deep dive into the information and it was impressive to see the progress that has been made since I first visited here back when Mayor (Ashley) Swearengin was in office. Permanent supportive housing has been built and there is a partnership between the (Fresno) Housing Authority and (Fresno County) Behavioral Health. There has been some implementation of rapid re-housing and there does seem to be a more robust street outreach. 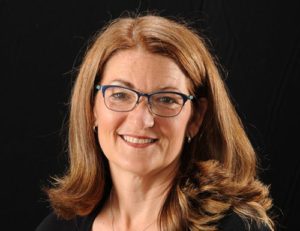 “In my 30-plus years of experience, I would say that rarely do I see homelessness as a choice. I see that people with a long time on the street don’t have any other viable options.” — Barbara Poppe

It’s a system that is beginning to come together, a system with points that are really quite good. The challenge is to scale up what’s working in the community, fill in the gaps and develop the consistency of resources to do that.

Poppe: I’ve never seen an anti-camping ordinance reduce the amount of homelessness in the community. I know that many cities across the country have been adopting these approaches but they simply are not effective. They are punitive and they move a situation from one place to another. I’ve been on record for many, many years as being opposed to ordinances like anti-camping.

From Your Experience and Knowledge of the Data, What Percentage of People Choose Homelessness as a ‘Lifestyle’?

Poppe: In my 30-plus years of experience, I would say that rarely do I see homelessness as a choice. I see that people with a long time on the street don’t have any other viable options. When the only option they are offered is a bed in the nighttime emergency shelters with a lot of rules and lots of chaos, and it’s a person who has a severe mental illness and some paranoia, that’s not an option they’re going to pursue. So I think it’s extremely rare that it becomes a lifestyle choice. There just aren’t any real other options presented to them. 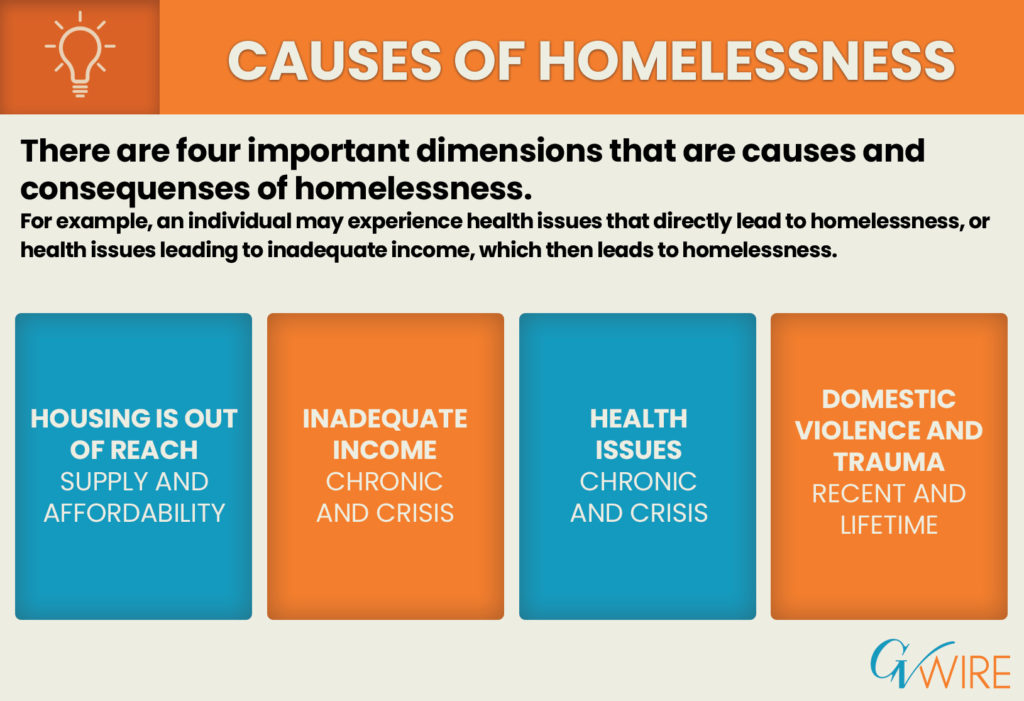 One of Your Recommendations Is Creating ‘Low Barrier Crisis Housing’ Options. What Are Those?

Poppe: We know that one big shelter trying to be all things to all people is not effective. It hasn’t been shown to work anywhere in the U.S. So, we’re looking right now at three different types of programs that serve different parts of the unsheltered population.
One of those is the navigation center model, which was developed in San Francisco. It has been particularly effective at providing a place for people who are in encampments or unsheltered and don’t have a clear plan on how to get out of homelessness. It provides them with services, gets them stabilized, and creates a housing plan and exit from homelessness.
We also are recommending a type of crisis housing model called bridge housing. Turning Point in your community operates one now (called Bridge Point). It has been really successful for when someone has been engaged and has already committed to a housing plan. It gets them inside, stabilized, moving through the rest of the process. They then find a unit and move on. Turning Point operates a 30-bed community-based transitional housing program for adults supported by government funding and private donations.
The third recommendation is more of what I call the triage center crisis model. This is for multiple populations, in particular, who might be newly homeless. They come in to be assessed and triaged. Every effort is made to stabilize them. … They may have had a fight with their mother. Can we do mediation so they can be taken back in? They might need help with a utility bill. It’s these kinds of things. If they have nowhere else to go and would be immediately unsheltered, they are admitted. But they also immediately are working intensively with a navigator who’s helping them put together a housing plan and get the resources they need to exit.
It’s important for the triage model to not become overly large because we know that people lose their sense of humanity and really large environments are less effective at building the relationships that people need to get back on their feet.
All three of these crisis options are going to focus on stabilizing and getting people more quickly to housing.

What Is Effective in Reducing the Number of ‘Frequent Flyers’ Accessing Public Services?

Poppe: There are institutional entities like jails, hospitals or child welfare where they may be discharging people into homelessness and then they come immediately back. In some communities, they structure a pay-for-success model. In some communities, it’s not structured as pay-for-success but there are high levels of effective outcomes. My recommendation here is, continue to explore doing this. It takes a while to build these partnerships and you have to be clear about the different responsibilities and who’s going to pay for what. But it’s a really effective way to address those who have the highest costs associated with homelessness.
(Editor’s Note: You can read an explanation of “pay-for-success” at this link.) 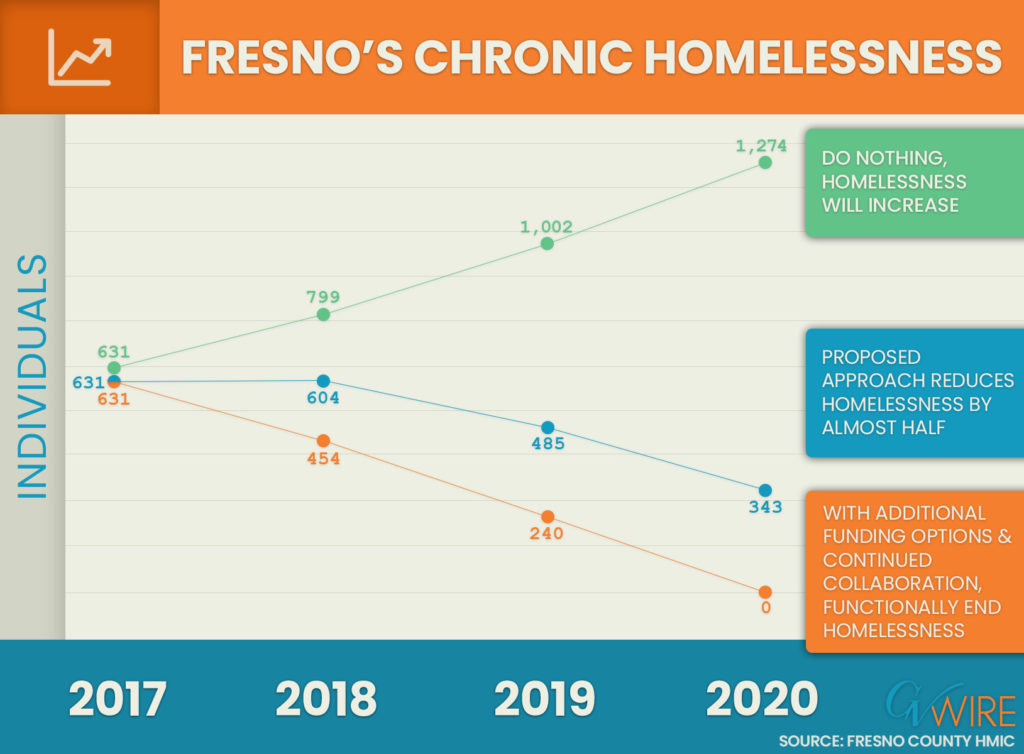 How Do You Stop People From Becoming Homeless in the First Place?

One of our recommendations is when people are finding themselves in a housing crisis there is a cadre of volunteers who are trained to help problem-solve, mediate and be creative in helping them stabilize and not lose their housing. These are people living either in their own apartment or in shared housing. A small amount of financial assistance can really solve the crisis.


We are working to get it done by the end of the summer. We want to make sure we have a really strong document that stands up to the test of time.  — Barbara Poppe

The second strategy is preserving the affordable rental options you already have in your community. Local governments and developers really need to come together and figure out some preservation strategies. California has extreme pressures on the affordable rental market and the situation in Fresno is complicated by a fairly high poverty level. You have households that may be hanging on the edge and, with any disruption, may fall into homelessness.
The third strategy is understanding the connection between homelessness and domestic violence. The Marjaree Mason Center does a great job, but your community is ripe for a more strategic approach that offers a range of support for those who are victims of domestic violence. If that were stronger, that would help many families, in particular, avoid homelessness. Single women and single men, as well.

How Significant Is the Fact That the City and County Are Teaming Up?

Poppe: This is an important leadership alignment in your community. It previously wasn’t as strong as it needed to be. I’m really excited about having a city-country partnership that can expand and broaden across the full public and private non-profit philanthropic sectors. In addressing homelessness, it really is about getting everybody around the table and moving in an aligned, effective way.

When Will the Report Be Ready?

Poppe: We are working to get it done by the end of the summer. We want to make sure we have a really strong document that stands up to the test of time.