STOCKHOLM — Two researchers from the Massachusetts Institute of Technology and a third from Harvard University won the 2019 Nobel Prize in economics on Monday for groundbreaking research into what works and what doesn’t in the fight to reduce global poverty.

The award went to MIT’s Abhijit Banerjee and Esther Duflo, and Harvard’s Michael Kremer. The 46-year-old Duflo is the youngest person ever to win the prize and only the second woman, after Elinor Ostrom in 2009.

The three winners, who have worked together, revolutionized developmental economics by pioneering field experiments that generate practical insights into how poor people respond to education, health care and other programs meant to lift them out of poverty.

“Without spending some time understanding the intricacies of the lives of the poor and why they make the choices they make … it is impossible to design the right approach,” Duflo told a news conference held by the Royal Swedish Academy of Sciences, which awarded the prize.

Their work in rural Kenya and in India, for instance, found that providing more textbooks, school meals and teachers didn’t do much to help students learn more.

Making the schoolwork more relevant to students, working closely with the neediest students and holding teachers accountable — by putting them on short-term contracts, for example — were more effective in countries where teachers often don’t bother showing up for work. The winners’ recommended program of remedial tutoring is now benefiting 5 million Indian children, the academy said. 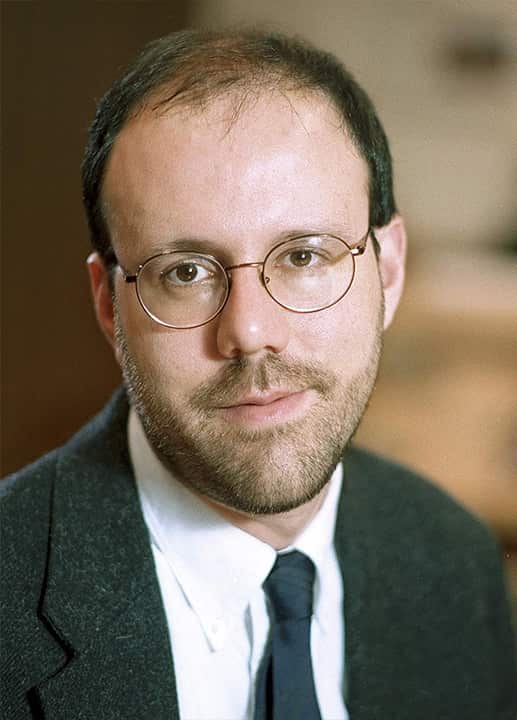 This undated photo provided by Harvard University shows Michael Kremer, professor of economics at the college in Cambridge, Mass., who was awarded 2019 Nobel Prize in economics along with Abhijit Banerjee and Esther Duflo Monday, Oct. 14, 2019, for pioneering new ways to alleviate global poverty. (Jon Chase/Harvard University News Office via AP)

Kremer and others found that providing free health care makes a big difference: Only 18% of parents gave their children de-worming pills for parasitic infections when they had to pay for them, even though the heavily subsidized price was less than $1. But 75% gave their kids the pills when they were free. The World Health Organization now recommends that the medicine be distributed for free in areas with high rates of parasitic worm infections.

Banerjee, Duflo and others found that mobile vaccination clinics in India dramatically increased the immunization rates compared to traditional health centers that often went unstaffed. The immunization rate rose further if parents received a bag of lentils as a bonus for vaccinating their children.

Banerjee and Duflo, who are married, also found that microcredit programs, which provide small loans to encourage poor people to start businesses, did little to help the poor in the Indian city of Hyderabad; studies in Bosnia-Herzegovina, Ethiopia, Morocco, Mexico and Mongolia, produced similar results.

Despite enormous progress, global poverty remains a huge challenge, the academy noted. More than 700 million people live in extreme poverty. Five million children die before age 5, often from diseases that can be prevented or cured easily and inexpensively. Half the world’s children leave school without basic literacy and mathematical skills.

Duflo and Banerjee told a news conference at MIT they weren’t sure how to react when the Nobel committee woke them with the news of their win.

Duflo said that when the phone rang, she answered and was told it was an important call from Sweden.

She said her response was: “Well, since you’ve now woken me up, go ahead.”

Banerjee said the Nobel committee asked about getting one of them on a conference call, but “they said they wanted a woman, and I didn’t qualify” — so he went back to bed.

“Fantastic decision!!” Max Roser, a University of Oxford researcher who founded the Our World in Data project, wrote on Twitter. “Even after two centuries of progress against global poverty I think it is clearly one of the very biggest problems in the world today.”

Duflo said receiving the Nobel was “incredibly humbling” while noting that the profession is not always welcoming for women.

“Showing that it is possible for a woman to succeed and be recognized for success I hope is going to inspire many, many other women to continue working and many other men to give them the respect that they deserve,” she said.

On a practical matter, Duflo told reporters that she and Banerjee, who have two young children, are like any other married couple trying to juggle kids and work.

Their children “believe they are the center of the universe, and they don’t accept kitchen table conversation” about weighty matters like economics, she said. That means the couple sneak in shop talk while they’re cooking meals or walking to work. 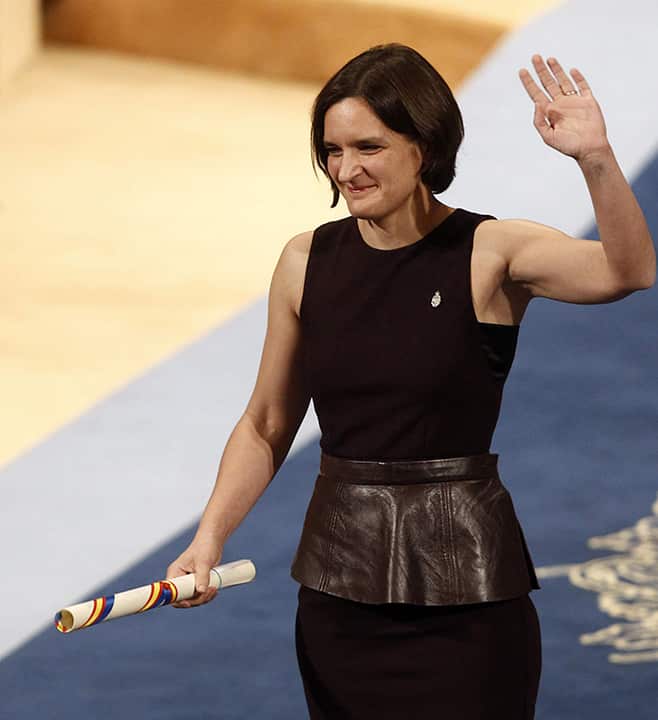 FILE – In this Friday Oct. 23, 2015 file photo, Esther Duflo of France waves after receiving the Princess of Asturias award for Social Sciences from Spain’s King Felipe VI at a ceremony in Oviedo, northern Spain. The 2019 Nobel prize in economics has been awarded to Abhijit Banerjee, Esther Duflo and Michael Kremer “for their experimental approach to alleviating global poverty.” The Royal Swedish Academy of Sciences announced the prize on Monday Oct. 14, 2019. (AP Photo/Jose Vicente, File)

“He has been trying to get economics away from the theoretical part, but using theory to understand the world as it is,” she said from her home in Kolkata. “The way it works, the way poverty is, the way people handle poverty.”

Banerjee frequently returns to India to contribute to the work of the Poverty Action Lab, an international research center he and Duflo co-founded in 2003. “This is huge for us,” Shobhini Mukerji, the South Asia branch’s executive director, told The Associated Press from New Delhi. “India is where the seeds were sown for their research.”

Banerjee this year advised India’s opposition party ahead of national elections in May about offering financial aid to the poor. He has also criticized Prime Minister Narendra Modi’s government about alleged political interference in statistical data and over a program to take cash out of the economy.

Only a few other married couples have won a Nobel — notably Marie and Pierre Curie, who took half of the physics prize in 1903.

Officially known as the Bank of Sweden Prize in Economic Sciences in Memory of Alfred Nobel, the award wasn’t created by the prize founder but by the Swedish central bank in 1968, with the first winner selected a year later.

Last week, six Nobel prizes were given, in medicine, physics and chemistry plus two literature awards and the Peace Prize.