As Trump Abandons Kurds, Israel Worries How Dependable He Is 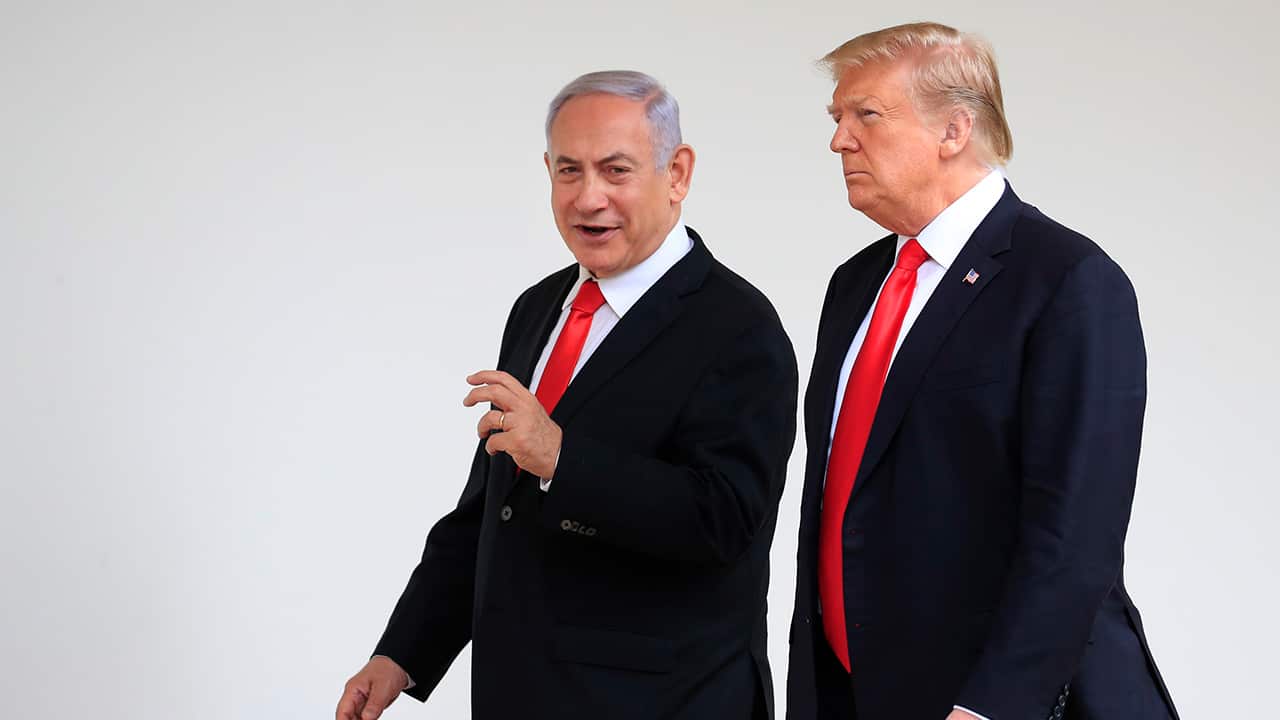 JERUSALEM — For the past three years, Prime Minister Benjamin Netanyahu has bet heavily on President Donald Trump and been rewarded with major diplomatic gains in exchange for his warm embrace of the U.S. leader.

Trump also withdrew from the international nuclear deal with Iran — an agreement that Israel had derided as weak and ineffective. He defended Israel from its many critics at the United Nations, and, early this year, recognized Israel’s annexation of the Golan Heights, captured from Syria in the 1967 Mideast war.
Netanyahu routinely boasts that Trump is the best friend that Israel has ever had in the White House. But things have begun to change since he failed to win reelection in April and was forced to hold a second, inconclusive vote last month.
During the first campaign for the April race, Trump embraced Netanyahu’s candidacy and made little secret of his support, inviting the Israeli leader to the White House when he announced his recognition of the Golan Heights annexation.
But during the do-over race, Trump kept his distance. And after Netanyahu last month failed for a second time to win a parliamentary majority in national elections, Trump appeared to play down the friendship. “Our relations are with Israel, so we’ll see what happens,” he said.
Concerns have only deepened following a series of moves in which Trump backed away from possible military confrontations. In June, he called off a planned attack against Iran in response to the shooting down of an American drone. Trump also decided against military action in response to an alleged Iranian attack on Saudi oil facilities last month, saying he did not want war.

Then, this week, he abruptly withdrew U.S. troops from Kurdish areas in northeastern Syria, clearing the way for a Turkish invasion aimed at crushing the Kurds, America’s allies in the fight against the Islamic State group. Trump has defended the move by saying the United States should not be “fighting and policing” in the Middle East. But it reportedly caught Israeli officials off guard.

Not Everyone Views the U.S. Move as Necessarily Bad for Israel

“From Jerusalem’s perspective, it is another warning sign that this president — until recently presented as Israel’s greatest friend ever in Washington — can’t be trusted,” said Amos Harel, a commentator in the Haaretz daily. “Again, one must wonder whether too much reliance hadn’t been placed on Trump, at the cost of Netanyahu distancing himself far from the Democrats and undermining traditional bipartisan support in Washington for Israel.”
Ofer Shelach, a lawmaker with the Blue and White Party, the main rival of Netanyahu’s Likud party, said the events in northeastern Syria are “more evidence of Benjamin Netanyahu’s ongoing diplomatic failure.” He said that despite the close ties with Netanyahu, Trump does “what suits him.”
But not everyone views the U.S. move as necessarily bad for Israel — or all that new. Yaakov Amidror, Netanyahu’s former national security adviser, said Trump’s disengagement in many ways continues Obama’s reluctance to become embroiled in yet another Mideast conflict.
Although a U.S. exit from the region could have “very bad consequences” in terms of Iranian actions, he said it also could create new opportunities. Not having to worry about the “sensitivities” of U.S. troops in the area could give Israel more freedom to act, he said.
“The space is more opened to not just the Iranians but to us,” he said.

Final Blue Angels Show on West Coast is This Weekend