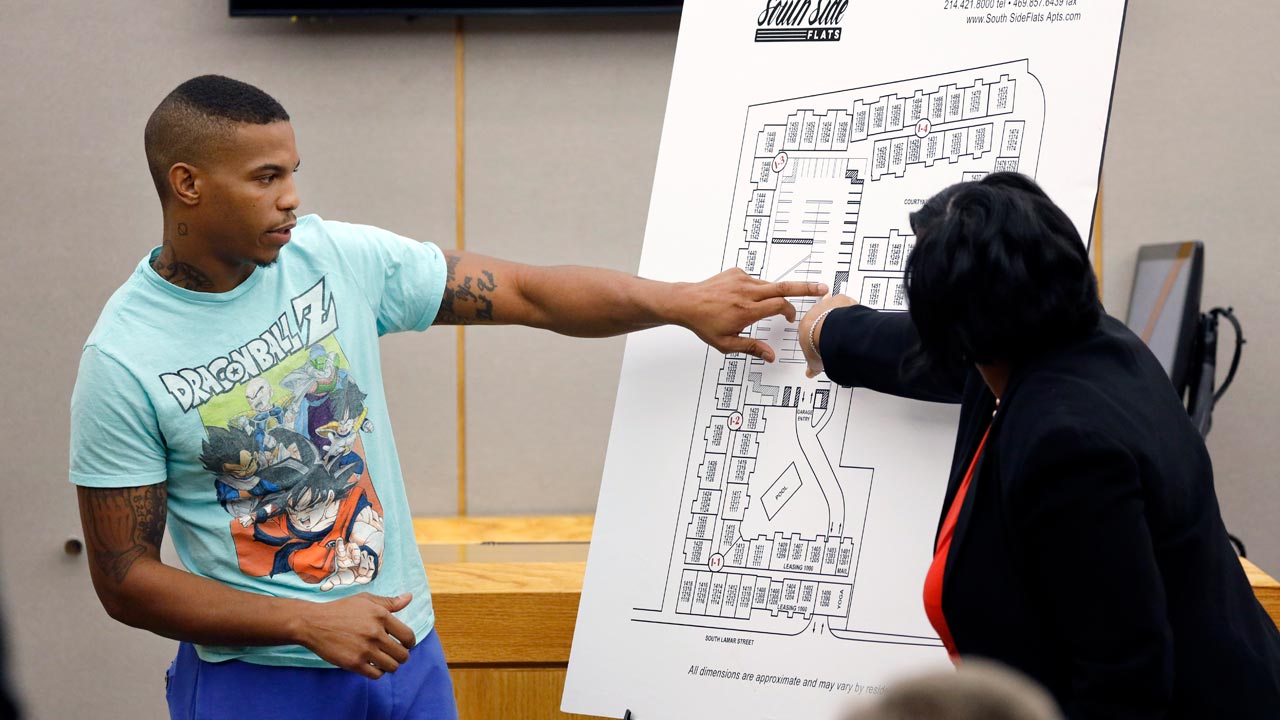 DALLAS — Dallas’ mayor has asked the public to avoid speculating about the fatal shooting of a witness in the recent trial of a former police officer who was convicted of murder in the killing of her upstairs neighbor.
Mayor Eric Johnson said on Twitter Sunday that he trusts the police will conduct a thorough investigation into the killing of Joshua Brown and that people should “refrain from speculation.” Meanwhile, the NAACP Legal Defense and Educational Fund Inc. requested an independent investigation into Brown’s slaying, calling it “deeply alarming and highly suspicious” in a Sunday news release.

Dallas police said in a Monday statement that the department had no comment on calls for an independent investigation and that detectives are actively investigating Brown’s death. Police have said they have not identified any suspects or motives.
Brown, 28, was killed on Friday, just three days after a jury convicted Amber Guyger of murder for fatally shooting her upstairs neighbor, Botham Jean, in September 2018. Guyger testified that, after working a long shift, she mistook Jean’s apartment for her own and thought he was a burglar. She was sentenced to 10 years in prison.
At the time of Jean’s shooting, Brown lived in the same apartment building as Guyger and Jean. Authorities say Brown was killed at a different complex.

Brown testified that on the night of Jean’s killing, he was in a hallway on the fourth floor, where he and Jean lived, and that he heard what sounded like “two people meeting by surprise” and then two gunshots.
At times during his testimony, Brown became emotional and used his T-shirt and tissue to wipe away tears. He said he had met Jean, a 26-year-old accountant from the Caribbean island nation of St. Lucia, for the first time earlier that day.
A Jean family attorney, Lee Merritt, posted a statement on Twitter that said he had spoken with Brown’s mother and “she is devastated.”
Judge Tammy Kemp, who presided over Guyger’s trial, said Monday that she was “saddened” and “stunned” to hear about Brown’s death, adding that “he seemed to be a very compassionate young man and I hate that his life has ended so soon.”
“I think that we need to let the investigation of his death go forward,” Kemp told The Associated Press during her first interview since last week’s verdict.
U.S. Rep. Eddie Bernice Johnson likewise said the city police must be allowed to do their work and that she “will keep a very close eye on the Brown investigation and all aspects of this terrible crime.”

Feared for His Safety After Previous Shooting Incident

Brown testified that he was from Jacksonville, Florida, and had moved to Texas in 2008 before he left to attend the University of South Florida, where he played football from 2012 to 2013, according to the Dallas Morning News .
“Joshua was a much loved and valued member of our football program and athletic family and his loss is felt by many whose lives he positively touched,” USF said in a statement. “Our hearts go out to Joshua’s family, friends and loved ones during this very difficult time.”
Last year, Brown was shot in the foot and a 25-year-old man was killed in a shooting outside of a nightclub, the newspaper reported.
Merritt told CBS News that after that shooting, Brown was concerned that someone was after him.
“He was reluctant to testify in this case because he had been shot at and he thought some people might want to do harm to him,” Merritt said.