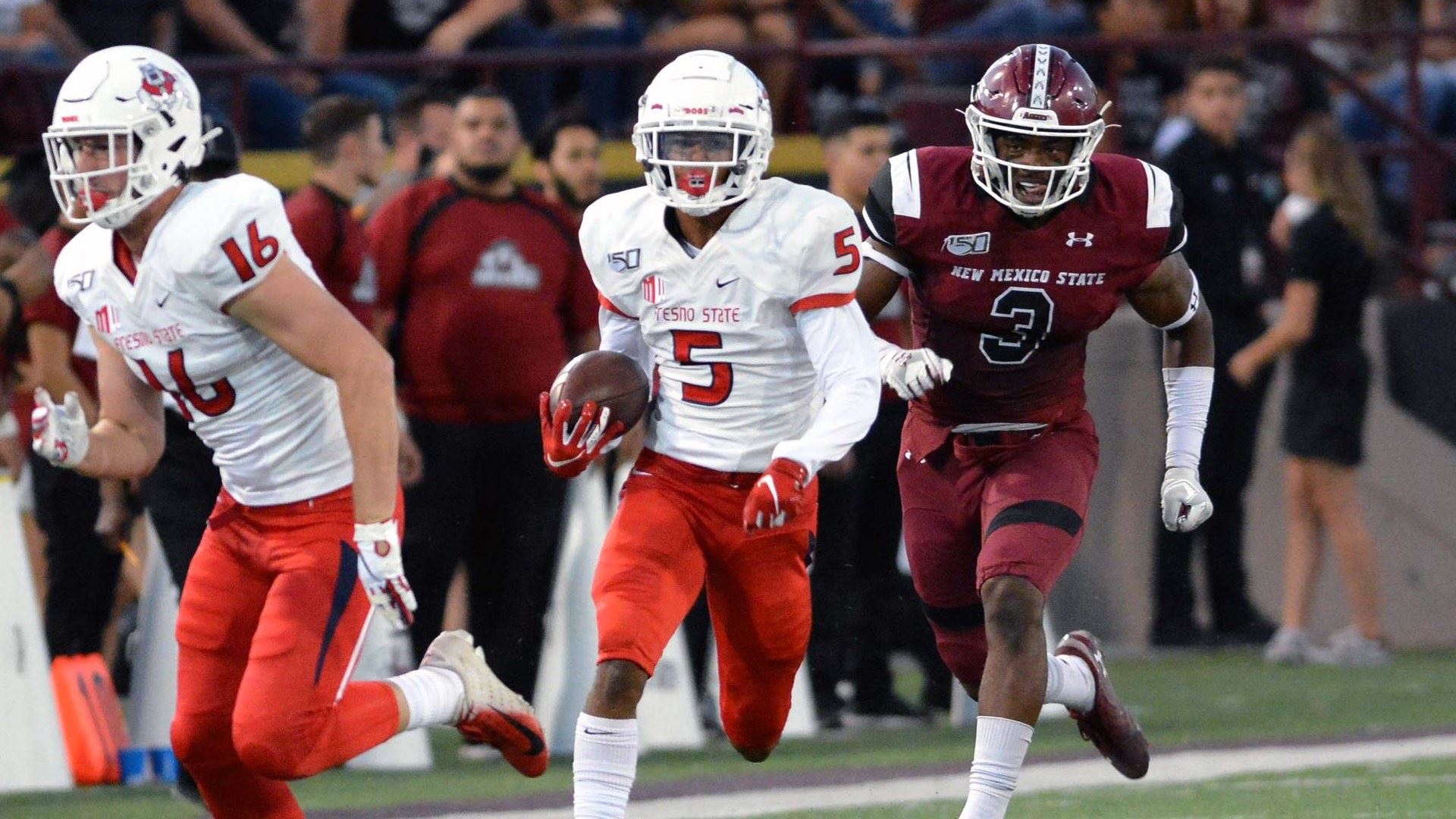 The Fresno State football team ended nonconference play at 2-2 with a business-like 30-17 victory at New Mexico State on Saturday, and now has two weeks to prepare for Air Force.
Although a 13-point victory over the winless Aggies (0-5) is nothing to shout about, young Bulldogs Wylan Free and Jalen Cropper, turned the game into a showcase for their big-play abilities.
Free, a 6-foot-2, 185-pound sophomore defensive who played in all 14 games last season, intercepted two passes and returned one 91 yards for a touchdown. His pick-six gave the Bulldogs a 24-0 lead one minute before halftime in Las Cruces. 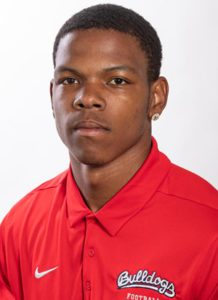 Cropper, a 5-11, 155-pound freshman wide receiver from Buchanan High School, had staked the Bulldogs to a 14-0 lead early in the second quarter with a 79-yard touchdown run. He finished as the Bulldogs’ leading rusher with 118 yards.
“When I got the ball, I cut the corner and saw Jared Rice and Cam Sutton blocking and doing their jobs, and I just saw green,” Cropper said of his scoring run. After that, I turned on the burners and didn’t look back. … ”
Fresno State coach Jeff Tedford praised his team for recording a road victory against a “hungry” team while also noting that the Bulldogs will need “to put the ball in the end zone instead of settling for field goals” when they start Mountain West play.
“We’ll take the lessons from this and move forward,” he said.

Fortunately for the Bulldogs, they have an extra week to prepare for their road assignment against Air Force, which is off to a 3-1 start. The Falcons’ only loss was at Boise State, and they won in overtime at Colorado. On Saturday, Air Force defeated visiting San Jose State 41-24.
Air Force plays a rivalry game this Saturday at Navy.