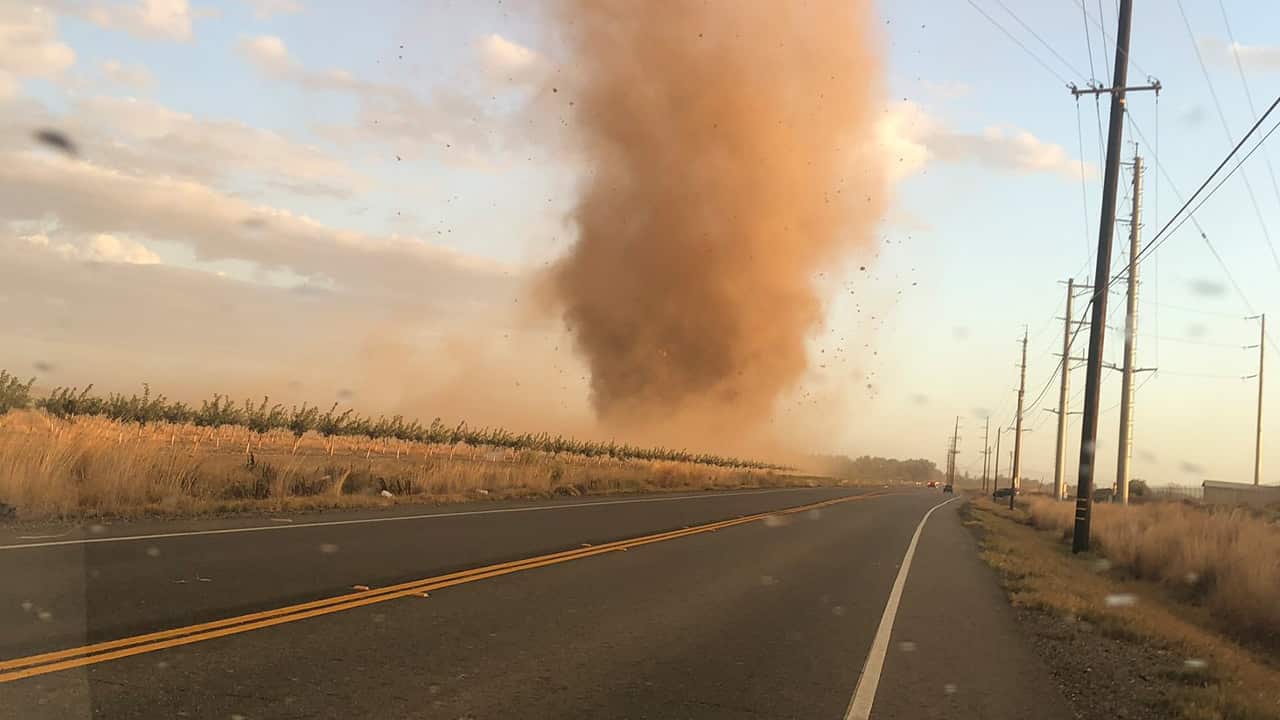 A tornado touched down near Davis as weekend thunderstorms swept through parts of Northern California, dropping rain and dime-sized hail.

Tornadoes in the state aren’t entirely unusual and are “weaker and more short-lived” than ones typically seen in the Midwest, she said.
“Tornado outside Davis. Totally terrified me. I was heading back to Davis from Woodland,” wrote Twitter user @ thedreadedheidi.

Saturday’s storm blanketed some roadways with hail in and around Solano County. To the east, forecasters issued a winter weather advisory after several inches of snow fell in the Sierra Nevada.
Heller called it “the first real snow of the season.”
Elevations of 6,000 feet and above recorded up to 4 inches of fresh powder Saturday. More snow was forecast for Sunday into Monday and the highest mountain peaks could see up to 6 inches.
The severe weather is the result of a cold front over the Pacific Northwest that is spinning out waves of unstable air as it moves east, Heller told the newspaper.