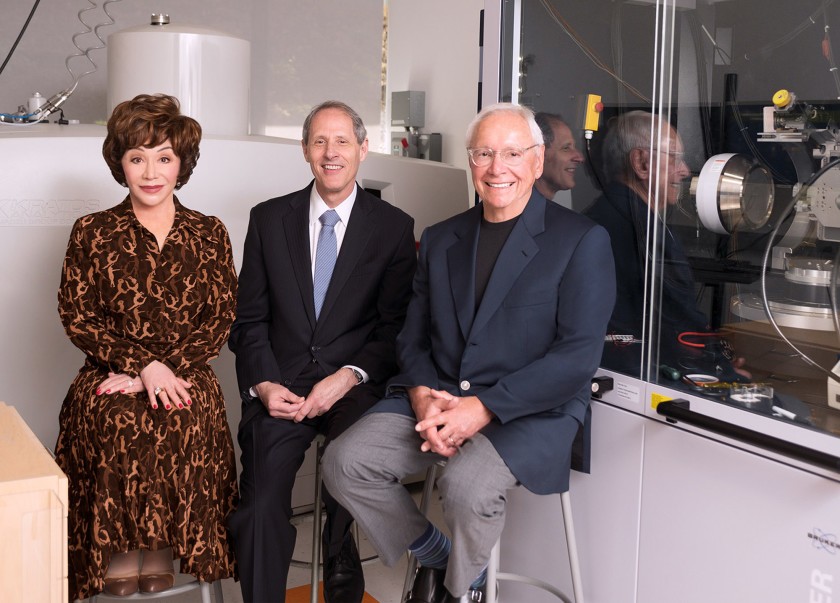 Beverly Hills billionaires Stewart and Lynda Resnick, who’ve built a farming empire in the San Joaquin Valley, have pledged $750 million to Caltech, a private university based in Pasadena.
Their gift will support research into environmental sustainability in the face of climate change, Caltech officials said last week.
“In order to comprehensively manage the climate crisis, we need breakthrough innovations, the kind that will only be possible through significant investment in university research,” Stewart Resnick said in a statement. “Science and bold creativity must unite to address the most pressing challenges facing energy, water, and sustainability.”

Second-Largest Gift to an American University

The commitment is the largest ever for such research and the second-largest given to a U.S. academic institution. Last November, former New York Mayor Michael R. Bloomberg gave $1.8 billion to his alma mater, Johns Hopkins University, to provide financial aid for low- and middle-income students.
The Resnicks also recently announced a $10 million pledge to Fresno State for its new $60 million student union.
At Caltech, plans call for the university to build the $100 million Resnick Sustainability Resource Center, which will be the hub for the research and undergraduate teaching laboratories.
Areas of research will include building smarter electricity infrastructure, conversion of the sun’s energy into fuels, measuring, modeling and mitigating climate change, managing water resources, and global ecology, Caltech said.
Caltech President Thomas F. Rosenbaum said the gift will allow researchers “to tackle issues of water, energy, food, and waste in a world confronting rapid climate change.”

Forbes Says Resnicks Are Worth $9 Billion

Resnick is chairman and president of The Wonderful Company and a senior member of the Caltech board of trustees.
The Wonderful Company is a privately held multibillion-dollar agribusiness that describes itself as the world’s largest grower of tree nuts and the largest U.S. citrus grower, among other enterprises. Its brands include FIJI Water, POM Wonderful, the Justin, Landmark and JNSQ wines, Teleflora flower delivery, Suterra crop protection products, Wonderful Halos, Wonderful Nurseries, and Wonderful Pistachios.
In its most recent estimate, Forbes.com said that the Resnicks are worth $9 billion.
Forbes notes that Stewart Resnick “bought his first farmland parcel in California in 1978 as a hedge against inflation, thus beginning their agricultural empire.”