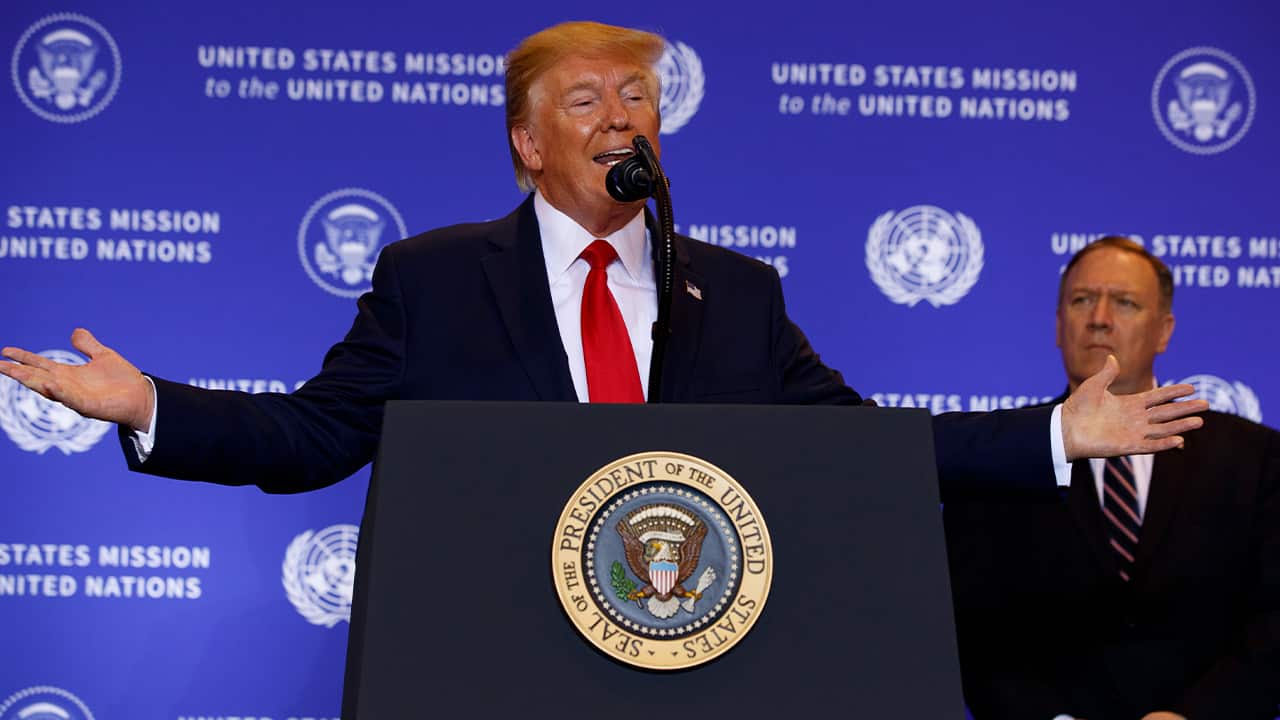 WASHINGTON — The whistleblower complaint at the center of Congress’ impeachment inquiry alleges that President Donald Trump abused the power of his office to “solicit interference from a foreign country” in next year’s U.S. election. The White House then tried to “lock down” the information to cover it up, the complaint says.


“In the days following the phone call, I learned from multiple U.S. officials that senior White House officials had intervened to ‘lock down’ all the records of the phone call, especially the official word-for-word transcript of the call that was produced as is customary by the White House situation room.” — complaint

The 9-page document released Thursday fleshes out the circumstances of a summertime phone call in which Trump encouraged his Ukraine counterpart to help investigate a political rival, alleges a central role for one of the president’s personal lawyers and a suggests a concerted White House effort to suppress the exact transcript, including by relocating it to a separate computer system.
“In the days following the phone call, I learned from multiple U.S. officials that senior White House officials had intervened to ‘lock down’ all the records of the phone call, especially the official word-for-word transcript of the call that was produced as is customary by the White House situation room,” the complaint says.
With its precise detail and clear narrative, the document will likely accelerate the impeachment process and put more pressure on Trump to rebut its core contentions and on his fellow Republicans to defend him. The complaint provides a road map for corroborating witnesses and evidence, which will complicate the president’s efforts to characterize the findings as those of a lone partisan out to undermine him.
Trump insisted anew that it is all political. After the complaint was released, he immediately tweeted, “The Democrats are trying to destroy the Republican Party and all that it stands for. Stick together, play their game and fight hard Republicans. Our country is at stake.” The tweet was in all capital letters.

The whistleblower complaint centers in part on a July phone call between Trump and Ukrainian President Volodymyr Zelenskiy in which Trump prodded Zelenskiy to investigate Democratic political rival Joe Biden.
The White House released a rough transcript of that call on Wednesday.
The House intelligence committee released a redacted version of the complaint Thursday ahead of testimony from Joseph Maguire, the acting director of national intelligence. He acknowledged that the complaint alleged serious wrongdoing by the president but insisted that it was not his role to judge whether the allegations were credible or not.
Maguire said he was unfamiliar with any other whistleblower complaint in American history that “touched on such complicated and sensitive issues.” He praised the whistleblower as having acted honorably, said he recognized the complaint as immediately sensitive and important and tried to handle it in the right way.
“I believe that everything in this matter here is totally unprecedented.”
In the complaint, the anonymous whistleblower says that despite his or her not being present for Trump’s Ukraine call, multiple White House officials shared consistent details about it.
Those officials told the whistleblower that “this was ‘not the first time’ under this administration that a presidential transcript was placed into this codeword-level system solely for the purpose of protecting politically sensitive — rather than national security sensitive — information,” the complaint said.
The whistleblower said that White House officials had tried to suppress the exact transcript of the call that was produced — as is customary — by the White House Situation Room, according to the complaint. 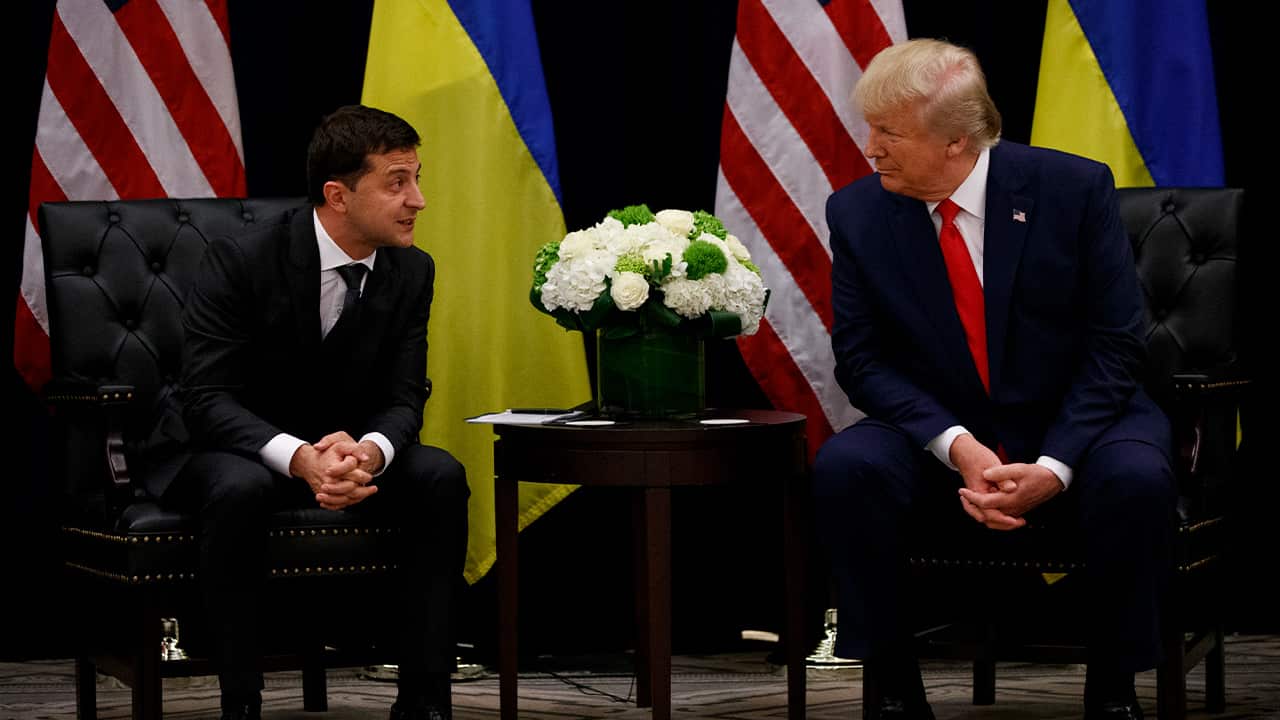 The officials told the whistleblower they were “directed” by White House lawyers to remove the electronic transcript from the computer system in which such transcripts are typically stored for coordination, finalization and distribution to Cabinet-level officials.

The complaint also focuses on Rudy Giuliani, the president’s personal lawyer. It says that multiple U.S. officials reported that Giuliani traveled to Madrid one week after the call to meet with one of Zelenskiy’s advisers, and that the meeting was characterized as a follow-up to the telephone conversation between the two leaders
House Democrats who are now mulling Trump’s impeachment pressed Maguire to explain why he withheld the intelligence community whistleblower’s complaint from Congress for weeks. He insisted he followed the law.
House Republicans largely steered clear of discussing the substance of the call during the hearing, focusing instead on their concerns that details of it had been leaked in the first place and about the way Democrats were characterizing it.
One exception was Rep. Mike Turner of Ohio, who said, “Concerning that conversation, I want to say to the president — this is not OK. That conversation is not OK. It’s disappointing to the American people.”
Later in the day, Maguire was to go behind closed doors to speak to the Senate intelligence panel.

House Speaker Nancy Pelosi on Tuesday endorsed an impeachment investigation in light of the Ukraine revelations.
In a statement Thursday, the White House said, “Nothing has changed with the release of this complaint, which is nothing more than a collection of third-hand accounts of events and cobbled-together press clippings — all of which shows nothing improper.”
Late Wednesday, most Republicans who got an advance look at the complaint were quiet or defended the president as they left secure rooms. But at least one Republican said he was concerned by what he had read.
“Republicans ought not to be rushing to circle the wagons and say there’s no ‘there there’ when there’s obviously a lot that’s very troubling there,” said Nebraska Sen. Ben Sasse, a GOP member of the Senate intelligence panel who has been an occasional critic of Trump. He added that “Democrats ought not be using words like ‘impeach’ before they knew anything about the actual substance.”
Trump, whose administration had earlier balked at turning over the complaint, said Wednesday afternoon that “I fully support transparency on the so-called whistleblower information.”
The House and Senate intelligence committees have invited the whistleblower to testify, but it is uncertain whether the person will appear.
The unidentified whistleblower submitted a complaint to Michael Atkinson, the U.S. government’s intelligence inspector general, in August. Maguire then blocked release of the complaint to Congress, citing issues of presidential privilege and saying the complaint did not deal with an “urgent concern.” Atkinson disagreed, but said his hands were tied.