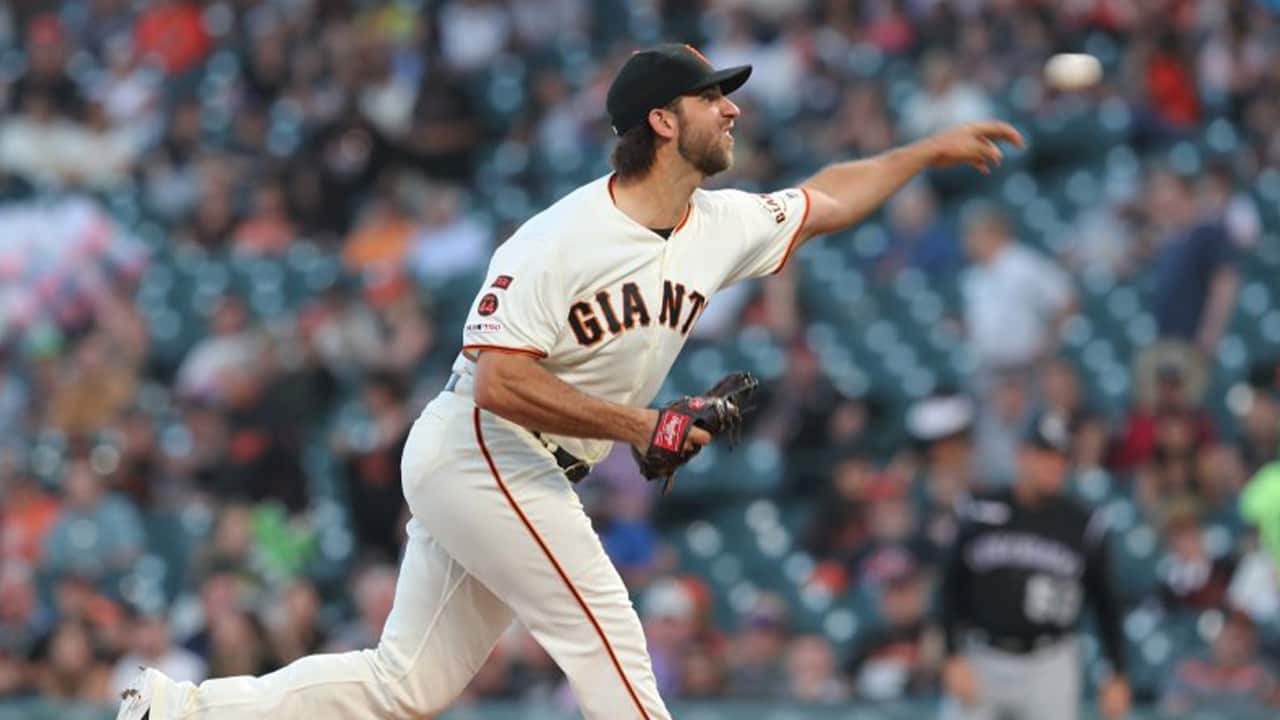 SAN FRANCISCO — Madison Bumgarner is planning to pitch once more this season. After he started Tuesday and tossed seven innings, 12 relievers followed on a night the Giants and Rockies combined to use a major league-record 25 pitchers.
Colorado finally finished off San Francisco 8-5 early Wednesday morning when Charlie Blackmon hit a three-run homer in the 16th inning.
The game lasted 5 hours, 31 minutes, with Giants manager Bruce Bochy making 12 pitching changes — hardly taking it easy in his final week on the job.
Blackmon’s first hit of the night came in his eighth plate appearance and off Dereck Rodriguez (6-10) for his 31st home run.
Both clubs left the bases loaded in the 11th, and Colorado stranded 15 baserunners.
This wasn’t even the longest game between the clubs this season. The Giants beat the Rockies 3-2 in 18 innings and 5:35 on April 12 — the longest game at Oracle Park since an 18-inning loss to Arizona on May 29, 2001. Colorado also played two games of 16 innings or more in 2006.

Sam Howard (2-0) pitched the final two innings for the win.

Bumgarner drew big cheers as he walked to the mound to start the game, then struck out nine and walked two over seven innings, allowing four runs on six hits.

Story homered against the Giants for a franchise-record sixth straight game and became the first Colorado player to do so against any opponent over six matchups in a row. Mike Schmidt (1979) and Rogers Hornsby (1922) each homered in five consecutive games vs. the Giants. Andres Galarraga homered in five straight vs. St. Louis in 1996.

Joe Torre, now Major League Baseball’s executive vice president of baseball operations, turned up before the game to offer his best wishes to Bochy.
“He’s a special individual,” Torre said after greeting the manager on the field.
A video tribute from Torre played on the big screen before the fourth inning and Torre said, “You’re a class act and I admire how you go about your business.”

Giants: Bochy was unsure whether RHP Johnny Cueto will make another start this season, saying after the game Cueto’s bullpen session Wednesday will determine his status. Cueto (1-1) has made three starts spanning 14 innings since returning from a 13-month absence recovering from Tommy John surgery. His next turn would be Friday in the series opener vs. Los Angeles.

RHP Tim Melville (2-3, 5.40 ERA) makes his seventh start of the year and the first of his career against the Giants having gone 2-0 with a 2.13 ERA in two road starts, beating NL West opponents Arizona and San Diego. RHP Jeff Samardzija (11-12, 3.64) has won two of his last three starts vs. Colorado and tries to match his career high of 12 wins accomplished in 2016 during his first year with San Francisco.

National Coffee Day Is Sunday. Here Are Some Deals for You.