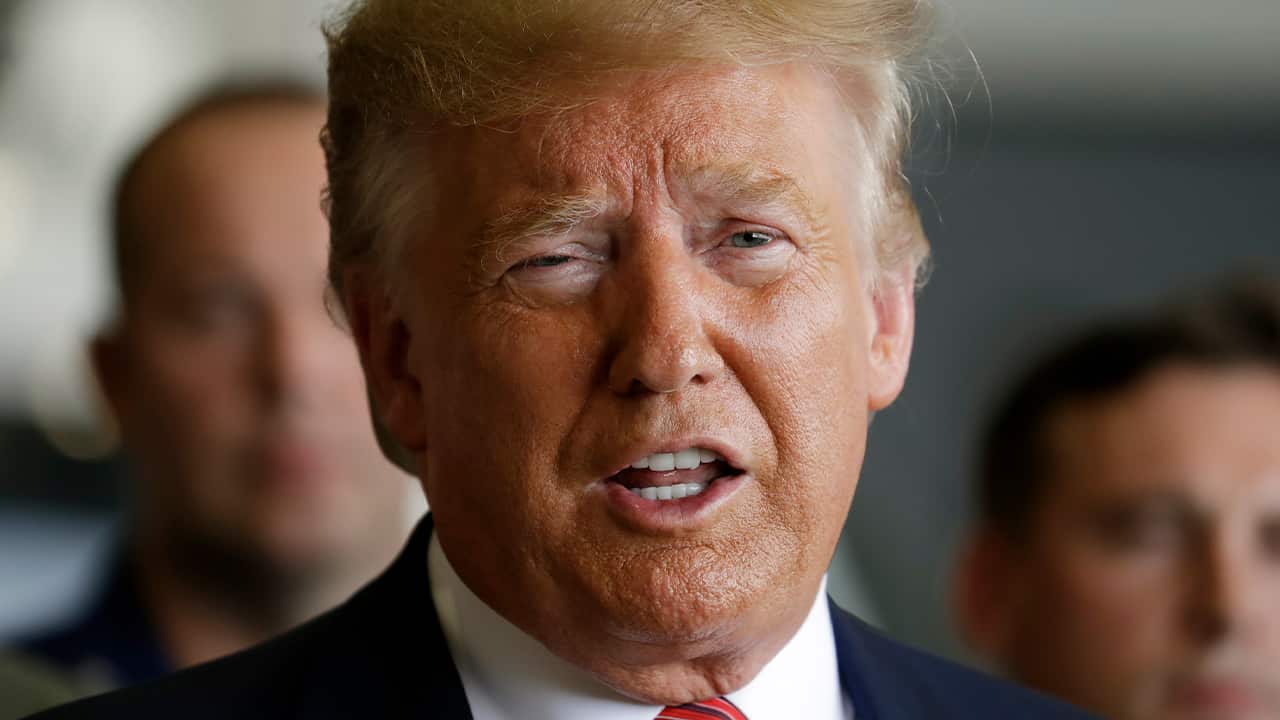 NEW YORK — A judge delayed enforcement of a subpoena seeking President Donald Trump’s tax returns on Wednesday long enough for federal prosecutors to decide whether to join Trump’s fight to prevent his tax returns from being turned over to a grand jury in a criminal probe.


“To the extent that enforcement of the subpoena may adversely affect federal interests of constitutional dimension, those effects could not be redressed after the fact.” — prosecutors

The federal judge ordered prosecutors to decide by Monday and submit written arguments by next Wednesday if they want to intervene.
Late Tuesday, prosecutors submitted a letter asking Marrero to block enforcement of a state grand jury subpoena given to Trump’s longtime accountant so they could decide whether they have a role in deciding the “weighty constitutional issues.” They requested that the delay be extended to mid-October should they weigh in.
“To the extent that enforcement of the subpoena may adversely affect federal interests of constitutional dimension, those effects could not be redressed after the fact,” the prosecutors said in asking for a “short stay of the subpoena’s enforcement.”
Lawyers for Manhattan District Attorney Cyrus R. Vance Jr. told U.S. District Judge Victor Marrero on Wednesday that Trump’s challenge doesn’t belong in federal court.
The judge was reluctant to rule at all at the hearing, but Carey Dunne, Vance’s general counsel, refused to agree to a delay of the subpoena’s enforcement against Trump’s longtime accountant.

Trump’s Lawyers Have Assailed the Investigation as Politically Motivated

Lawyers for Trump say the president is immune from any criminal investigation as long as he is in the White House.
The subpoena seeking returns between 2011 and 2016 were issued as part of Vance’s investigation into the Trump Organization’s involvement in buying the silence of two women who could have embarrassed the president with stories of extramarital affairs during his 2016 campaign.
Trump’s lawyers have assailed the investigation as politically motivated, saying Vance, a Democrat, is “charging down this blatantly unconstitutional path” purely to harass the president.
Attorneys for Vance say that the investigation is valid, and that if the court fully accepts Trump’s argument, it would mean that presidents would not have to comply with grand jury subpoenas regarding their conduct out of office, and could also extend that immunity to associates and employees.
“The law provides no such sweeping immunity,” they wrote.
The fight is playing out the day after U.S. House Speaker Nancy Pelosi launched a formal impeachment inquiry against Trump over allegations that he tried to coerce the government of Ukraine into launching an investigation of one of his possible election foes, Democrat Joe Biden.


Related Story: Pelosi Orders Impeachment Probe: 'No One Is Above the Law'

Examining Whether the Payments or Reimbursements Broke Any State Laws