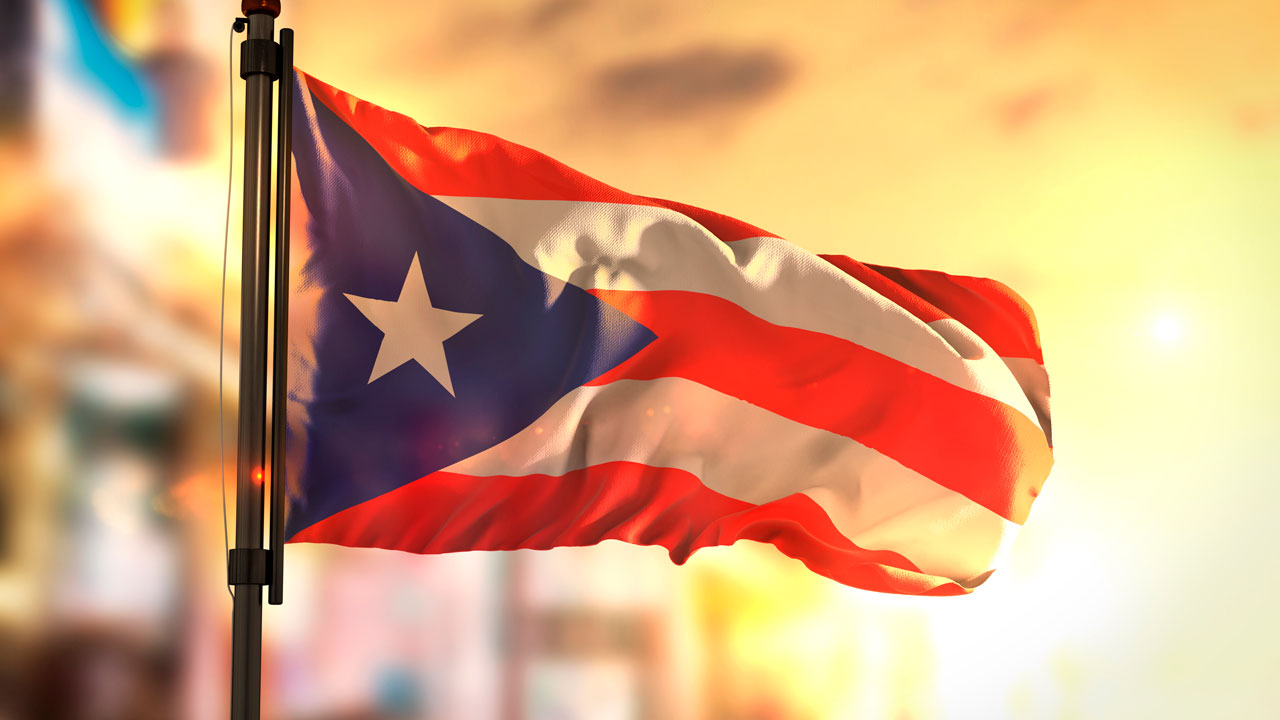 SAN JUAN, Puerto Rico — Tropical Storm Karen began drenching the U.S. Virgin Islands on Tuesday while bearing down on an earthquake-shaken Puerto Rico still scarred by a hurricane two years ago.
U.S. Virgin Islands Gov. Albert Bryan Jr. said the storm had already caused mudslides in the territory and major power outages were reported early Tuesday, though he said the cause was not yet clear.
“Don’t take the storm lightly,” Bryan said. “It will start to throw massive rain.”
Schools and government offices were already ordered closed in Puerto Rico as well as in the U.S. and British Virgin Islands, with officials warning people to stay indoors.

As the storm approached, Puerto Ricans were shaken from their beds late Monday by a magnitude 6.0 earthquake that hit in the Atlantic near the island at a shallow depth of 6 miles (10 kilometers). Three aftershocks, of magnitude 4.7 and 4.6, followed within less than an hour.
No significant damage was reported, said Carlos Acevedo, director of Puerto Rico’s emergency management agency, adding that the concern now was how much rain Karen would drop on the region. The U.S. National Hurricane Center said it could bring 2 to 4 inches (5 to 10 centimeters).
Karen regained tropical storm strength Tuesday morning after slipping to a tropical depression. Its maximum sustained winds increased to 40 mph (65 kph), with additional strengthening expected. The storm was centered about 65 miles (105 kilometers) south of San Juan and was moving north near 8 mph (13 kph). Forecasters said it was expected to hit Puerto Rico’s southeast region by late afternoon.

It was expected to keep heading north after passing over Puerto Rico and stay well east of the Bahamas, the Hurricane Center said. A tropical storm warning remained in effect for Puerto Rico, Vieques, Culebra and the U.S. and British Virgin Islands, and forecasters said certain areas could experience stronger winds.
Roberto Garcia, meteorologist in charge of the National Weather Service’s San Juan office, said that some towns in the eastern part of Puerto Rico would likely be hit with moderate to serious flooding, especially those next to mountains.
Puerto Rico Gov. Wanda Vázquez activated the National Guard on Monday and urged people in flood-prone areas to seek shelter, with more than 30 people reported in shelters by Tuesday morning.

The island is still recovering from Hurricane Maria, which hit as a Category 4 storm two years ago and is estimated to have caused more than $100 billion in damage. More than 25,000 homes still have blue tarps for roofs and the electric grid remains unstable.
“It’s a reality that we might have power outages,” Vázquez said.
Farther north, Tropical Storm Jerry was moving northward and was projected to pass near Bermuda by Wednesday morning. It was about 285 miles (460 kilometers) west-southwest of Bermuda and had sustained winds of 60 mph (95 kph).
Meanwhile, Tropical Storm Lorenzo formed over the far eastern Atlantic and was projected to become a major hurricane by the end of the week, though while curving out over open sea away from land. It was centered about 370 miles (595 kilometers) west-southwest of the southernmost Cape Verde Islands and had maximum sustained winds of 65 mph (100 kph). It was heading west-northwest at 16 mph (26 kph).