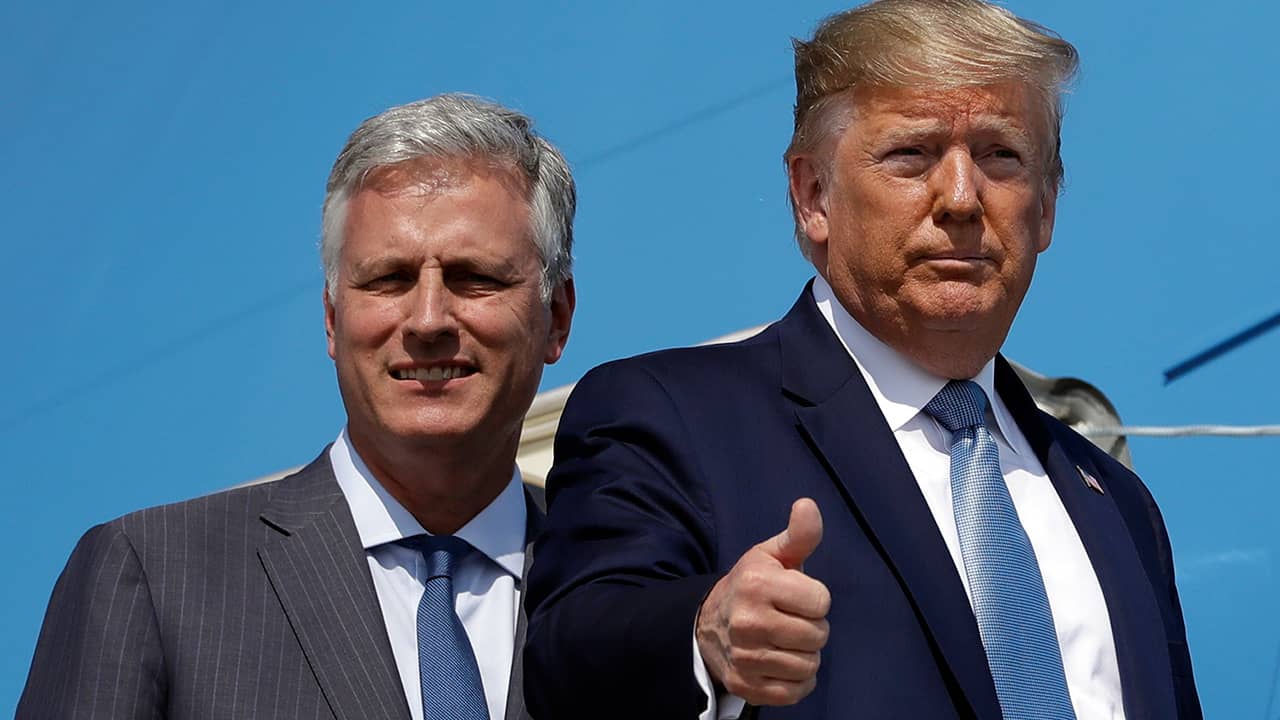 WASHINGTON — President Donald Trump on Thursday poured cold water on prospects for a bipartisan compromise on gun legislation, even as Attorney General William Barr circulated a draft plan on Capitol Hill to expand background checks for gun sales.
In a Fox News interview that aired Thursday, Trump said no deal is imminent, more than six weeks after mass shootings in Texas and Ohio killed more than 30 people.
“We’re going very slowly,” Trump said, adding that while he doesn’t want “bad people” to have weapons, he won’t allow any plan to move forward that takes guns away from law-abiding people or restricts Second Amendment rights.
A proposal being floated by Barr would require background checks on all commercial gun sales, including at gun shows.
The leaked proposal caused an uproar on Capitol Hill as lawmakers wondered whether Trump was poised to support expanded background checks in the face of opposition from fellow Republicans and the National Rifle Association.
But speaking to reporters on Air Force One as he returned home from California late Wednesday, Trump said the plan was just one of many ideas under consideration.

“Those are ideas that we’re talking to Republicans, Democrats, everybody about. Some they like, some they don’t like. Just a series of concepts,” Trump said.

Barr downplayed the proposal Wednesday, telling reporters, “We’re just kicking around a number of ideas. The president hasn’t made any decisions. I’m just kicking around ideas and perspectives so I’m in a better position to advise him.”
Asked whether he would recommend the background check plan to Trump, Barr said, “I haven’t shared any list of proposals. There are a number of different proposals that are being considered.”
Even so, the NRA weighed in immediately, calling the proposal “a non-starter” with the NRA and its 5 million members.
The plan “burdens law-abiding gun owners while ignoring what actually matters: fixing the broken mental health system and the prosecution of violent criminals,” said Jason Ouimet, the NRA’s legislative director.
Manchin, who met with Barr on Wednesday, along with Toomey and Sen. Chris Murphy, D-Conn., said he remained hopeful.
Referring to Barr, Manchin said, “I think we’re close to where he can take something to the president, to see if the president really wants to do something” on gun control.
Toomey said Barr’s idea “is a mechanism for expanding background checks beyond what we have today. I have (Republican) colleagues who are open to that, so I’m modestly encouraged.”