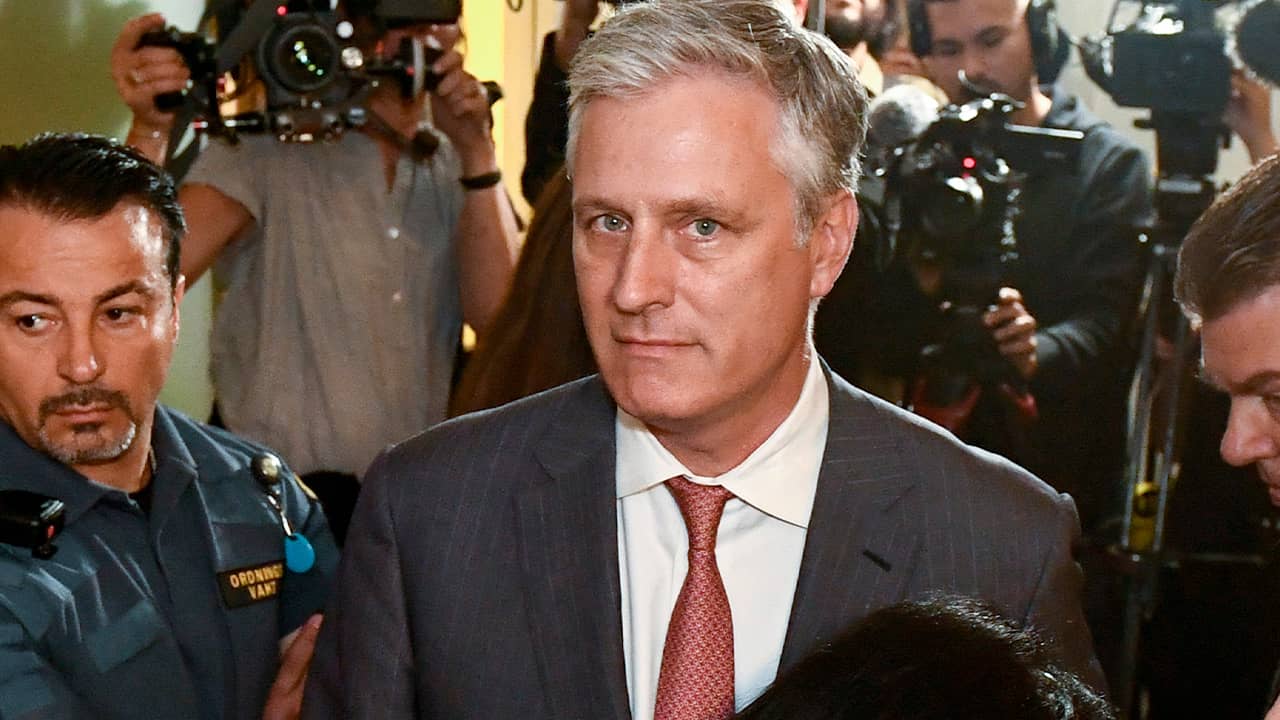 I am pleased to announce that I will name Robert C. O’Brien, currently serving as the very successful Special Presidential Envoy for Hostage Affairs at the State Department, as our new National Security Advisor. I have worked long & hard with Robert. He will do a great job!

O’Brien, the fourth person in two years to hold the job, becomes the administration’s point person on national security amid rising tensions with Iran following the weekend attack on Saudi oil installations and fresh uncertainty in Afghanistan after the halt in peace talks with the Taliban.
The announcement of O’Brien’s selection comes a week after Trump ousted John Bolton from the post, citing policy disagreements. O’Brien, who made headlines in July when he was dispatched to Sweden to monitor the assault trial of American rapper A$AP Rocky, was among five candidates Trump said Tuesday were under consideration.

“I am pleased to announce that I will name Robert C. O’Brien, currently serving as the very successful Special Presidential Envoy for Hostage Affairs at the State Department, as our new National Security Advisor,” Trump tweeted. “I have worked long & hard with Robert. He will do a great job!”
Trump abruptly forced out Bolton on Sept. 10, after he and his hawkish national security adviser found themselves in strong disagreement over the administration’s approach to Iran, Afghanistan and a host of other global challenges. The sudden exit marked the latest departure of a prominent voice of dissent from Trump’s inner circle as the president has grown more comfortable following his gut instinct over the studious guidance offered by his advisers.

As the special presidential envoy for hostage affairs at the State Department, O’Brien worked closely with the families of American hostages and advised administration officials on hostage issues. He helped secure the release in February of American citizen Danny Burch, who was freed after 18 months in captivity.
He has also worked on the case of missing U.S. journalist Austin Tice, who was captured in Syria in 2012. O’Brien has said he is confident Tice is still alive though it’s unclear who is holding him.
The White House sent O’Brien to Sweden to monitor the case of A$AP Rocky, who was charged with assault. The rapper, whose real name is Rakim Mayers, was permitted to return to Los Angeles to await the verdict of a Swedish court that found him guilty in a street brawl.
Last month, the wife of a Princeton University graduate student detained in Iran told reporters that she would like to see the same level of personal attention from the government as A$AP Rocky received.
O’Brien previously helped lead the department’s public-private partnership for justice reform in Afghanistan during the Bush and Obama administrations.
He began to emerge as a front-runner to replace Bolton last week when it became clear that an early favorite, Iran envoy Brian Hook, would face opposition from hawks who think he has not been tough enough on Iran, according to Republicans familiar with the matter. 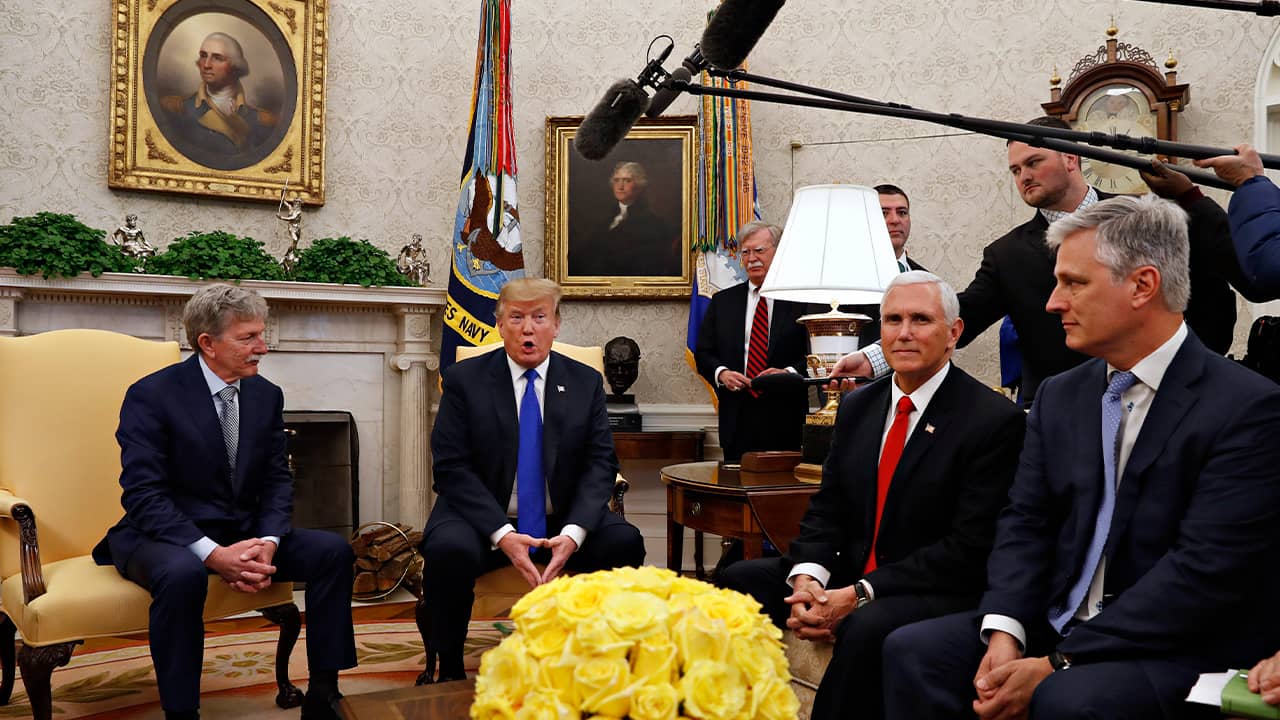 FILE – In this March 6, 2019, file photo, former U.S. hostage in Yemen, Danny Burch, left, listens as President Donald Trump speaks, Wednesday, March 6, 2019, in the Oval Office of the White House in Washington, next to Vice President Mike Pence, and Special Presidential Envoy for Hostage Affairs Robert O’Brien. At back, to the right of Trump, is then-national security adviser John Bolton. President Donald Trump says he plans to name O’Brien to be his new national security adviser. (AP Photo/Jacquelyn Martin, File)

O’Brien Is the Author of ‘While America Slept’

Another short-listed candidate, North Korea envoy, Stephen Biegun, was taken out of the mix when Pompeo suggested he might be better placed as Deputy Secretary of State to replace John Sullivan, who is widely expected to be nominated to be the next U.S. ambassador to Russia, officials said.

Cougar Goes Inside California House, Lies Down in Bathroom