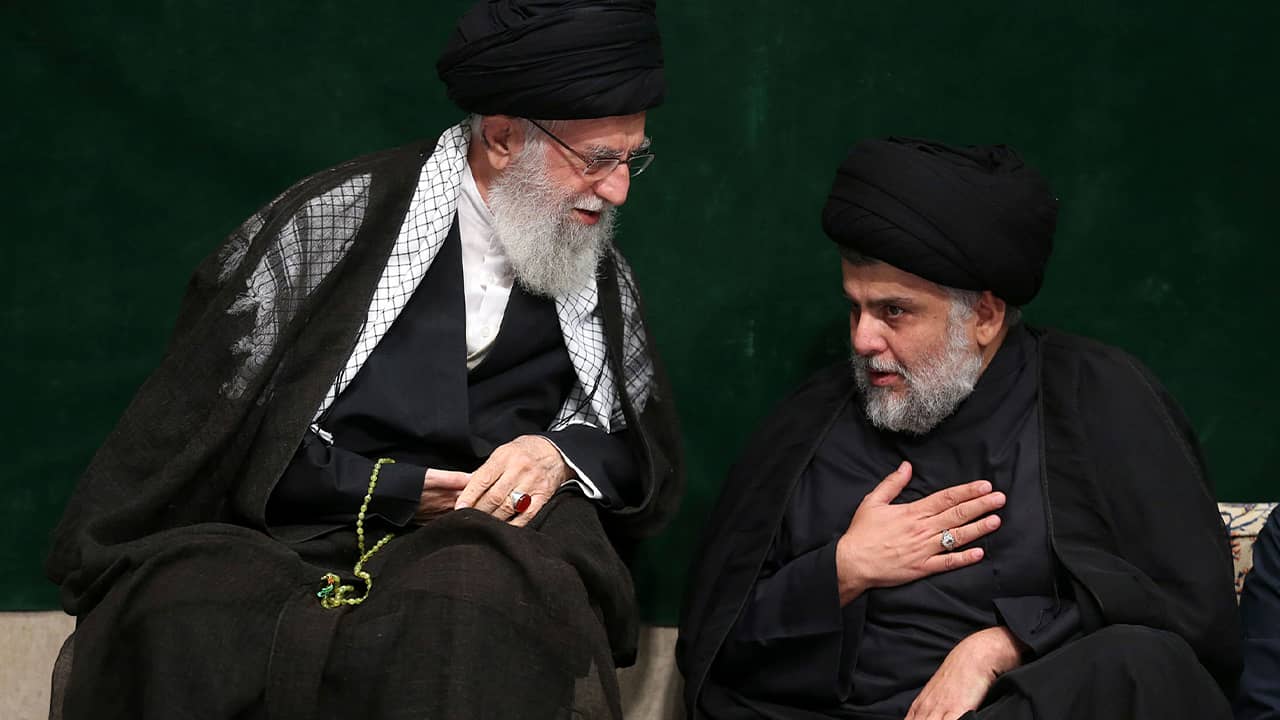 DUBAI, United Arab Emirates — Iran’s supreme leader said Tuesday “there will be no talks with the U.S. at any level”— remarks apparently meant to end all speculation about a possible U.S.-Iran meeting between the two countries’ presidents at the U.N. later this month.
Iranian state TV quoted Ayatollah Ali Khamenei, who’s been personally sanctioned by the Trump administration, as saying this is the position of the entire leadership of the country and that “all officials in the Islamic Republic unanimously believe” this.
“There will be no talks with the U.S. at any level,” he said.
His comments come as Iran faces allegations it is behind a devastating weekend attack on a Saudi oil field and the world’s largest crude oil processing plant that knocked out 5.7 million barrels of crude oil production per day, or about 5% of the world’s daily production. It also took out 2 billion cubic feet of daily gas production.
Aramco, the Saudi oil company targeted, said no workers were injured in the attack.
The attack early Saturday on the kingdom’s facilities in the east was claimed as multiple drone strikes by Iranian-allied Houthi rebels in Yemen.
Saudi Arabia, however, says the attack did not come from Yemen and said initial investigations show Iranian weapons were used. The kingdom, though, has not yet said where the attack was launched from or what kind of weapons were involved.
The U.S has made similar allegations, going so far as to say the attack may have been launched from Iran itself or nearby Iraq, where Iran has powerful proxy militias on the ground.
Iran has denied the charges.

Reports About a Possible Meeting Between Trump and Rouhani

Saudi Arabia on Tuesday called on the international community “to shoulder its responsibility in condemning the perpetrators” and “clearly confronting” those behind the attack. The government’s statements were carried in state-run media following a weekly Cabinet meeting that was overseen by King Salman, who was quoted saying Saudi Arabia is capable of defending against such “cowardly attacks.” 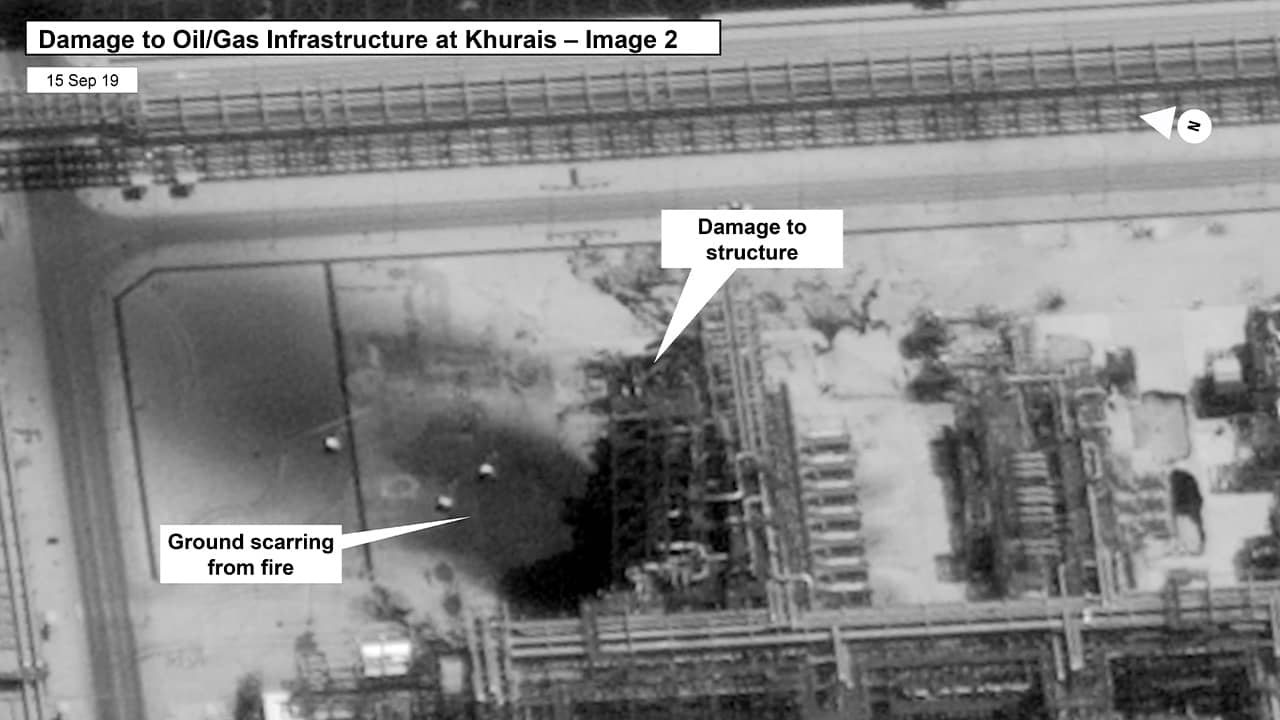 This image provided on Sunday, Sept. 15, 2019, by the U.S. government and DigitalGlobe and annotated by the source, shows damage to the infrastructure at Saudi Aramco’s Kuirais oil field in Buqyaq, Saudi Arabia. The drone attack Saturday on Saudi Arabia’s Abqaiq plant and its Khurais oil field led to the interruption of an estimated 5.7 million barrels of the kingdom’s crude oil production per day, equivalent to more than 5% of the world’s daily supply. (U.S. government/Digital Globe via AP)

Saudi Arabia’s energy minister is expected to give an update on the country’s oil production at some point Tuesday.
The American Automobile Association, known as AAA, said Tuesday that Americans can expect local pump prices to start to increase this week by as much 25 cents per gallon throughout September.