Snow Falls on I-80 at Top of Sierra Nevada 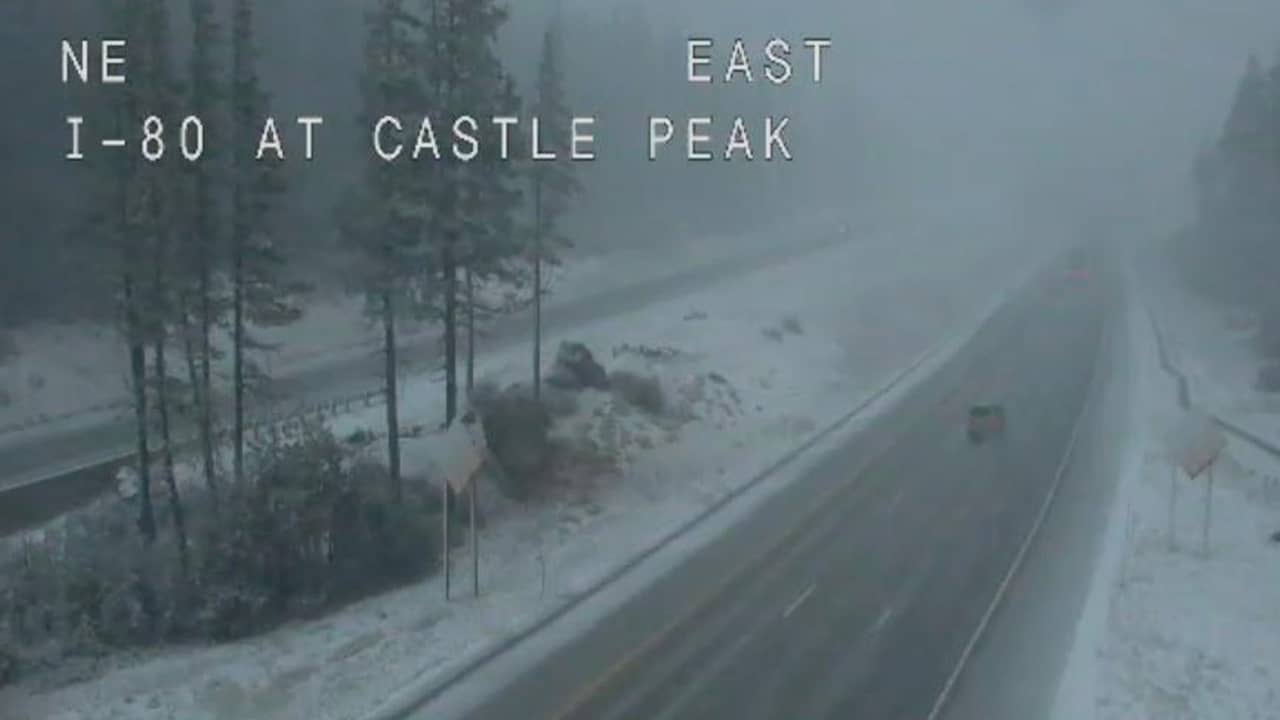 RENO, Nev. — It’s still technically summer but snow is falling in the Sierra along the California-Nevada line.
California transportation officials posted a photo on the Caltrans District 3 Twitter account shortly after noon Monday showing snow accumulating on U.S. Interstate 80 at the top of Donner Summit about 10 miles west of Truckee.

SEPTEMBER 16 and we officially have ❄️❄️❄️ at Donner Summit! Please slow down for the weather conditions while driving in the Sierra today. pic.twitter.com/2RuglbGdfK

A strong cold front packing winds gusting up to 50 mph (80 kph) dropped the region’s first snow of the season and damaged a small airplane that was blown off the runway at an airport north of Reno.
At least two Lake Tahoe-area ski resorts also posted photos on social media showing “late summer snow” falling at the upper elevations of their resorts. Autumn doesn’t officially begin until the fall equinox next Monday.

Snow Chains Required in Some Areas

The Nevada Department of Transportation ordered chains or snow tires to be on place for vehicles traveling on the upper section of the Mount Rose Highway connecting Reno to Incline Village at Lake Tahoe.
Rain was falling in the valleys around Reno and Sparks Monday afternoon as the cold front sent temperatures plummeting across western Nevada. Temperatures were 15 to 20 degrees cooler than Sunday’s highs in the upper 80s and low 90s.

Winds had been gusting up to 44 mph (71 kph) at Reno Stead Airport on Monday morning before a small airplane was blown off the runway. The plane suffered significant damage but no one was hurt.
Wind gusts of 50 to 60 mph (80 to 96 kph) were possible in wind-prone areas of the U.S. Highway 395 corridor along the Sierra’s eastern front.
Weather service forecasters in Reno said lows Tuesday morning may reach the freezing mark for outlying valleys across western Nevada with 20s possible for Sierra valleys.

Fresno Considers Ambitious Downtown Project. Neighbor Not So Sure.