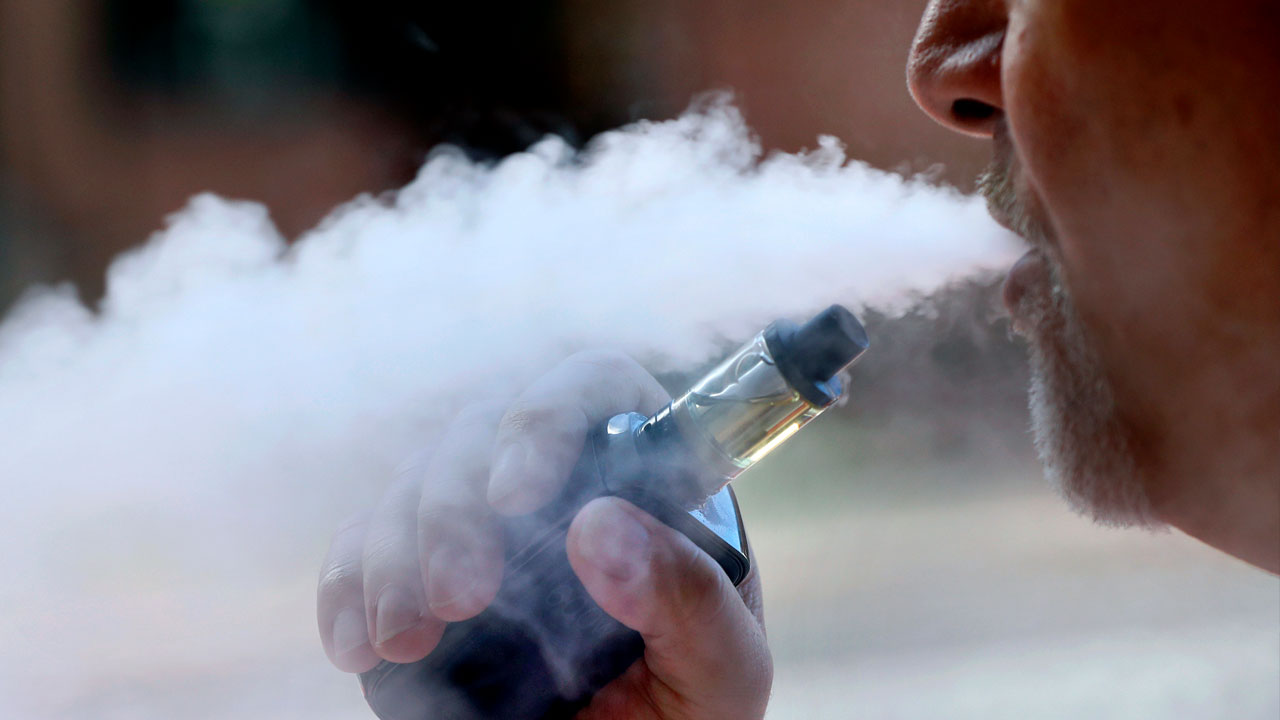 SACRAMENTO — A death related to the use of e-cigarettes was confirmed in Tulare County on Monday.
On the same day, Gov. Gavin Newsom announced California will spend $20 million on a public awareness campaign about the dangers of vaping nicotine and cannabis products and step up efforts to halt the sale of illicit products amid a rise in vaping-related illnesses.
The suspected cause of death in the Tulare County  case was “severe pulmonary injury associated with vaping,” said Dr. Karen Haught, Tulare County Public Health Officer, in a news release.
Symptoms of vape-associated pulmonary injury (VAPI) can include shortness of breath, coughing, chest pain, nausea, fever, vomiting, or diarrhea. There have been three reports of pulmonary illness associated with vaping in Tulare County, the release said.

Many of the hundreds of nationwide vaping illnesses appear linked to use of cannabis-based oils, though some people reported vaping nicotine products, according to the Centers for Disease Control and Prevention. California has seen at least 63 cases and one of the six deaths reported around the country.
At the same time, flavored e-cigarettes made by companies such as Juul Labs are contributing to a rise in youth smoking. The public awareness campaign Newsom announced aims to tackle all forms of vaping, he said.
“As a father of four, this has been an issue that has been brought to the forefront of my consciousness,” he said.

While President Donald Trump and New York Gov. Andrew Cuomo have announced plans to ban the sale of flavored e-cigarettes, Newsom said he doesn’t have similar executive authority. But he said he wants lawmakers to send him legislation to do so next year.
A similar effort failed this year, but the lawmakers behind it said they’ll try again.
“We fully support the Governor’s belief that these products should be banned, and we look forward to working with him to pass legislation that will bring an end to this public health crisis and protect the youth in our state,” Sen. Jerry Hill and Assemblymen Jim Wood and Kevin McCarty, all Democrats, said in a statement.
Most of Newsom’s actions center on the use of e-cigarettes, though he said the state is stepping up its enforcement of illicit cannabis products as well.
A spokesman for Juul Labs, one of the most prominent e-cigarette companies, said the company is reviewing Newsom’s announcement and applauds action to crack down on counterfeit and knockoff vaping products.
“On reported illnesses, we have been monitoring the situation closely,” spokesman Ted Kwong said in an emailed statement. Juul products do not contain THC or any compound derived from cannabis, he said.

Beyond the public awareness campaign, Newsom has directed the state departments of public health and tax and fee administration to explore ways to warn people about the potential dangers of vaping and tackle the sale of illicit products.
He’s asked the public health department to explore new warning signs at retailers and in advertisements.
On the tax side, he’s asking officials to consider changing how e-cigarettes are taxed, because they typically face lower taxes than traditional cigarettes. Making the products more expensive to buy could make them harder for teenagers to purchase, he argued. Juul did not specifically comment on that aspect of Newsom’s proposal or his call for a ban on flavored e-cigarettes.
The California Department of Tax and Fee Administration may also try to implement a tracking system on the distribution of nicotine-based vaping products, similar to the “track and trace” program it already uses for legal cannabis.
Such a program would allow it to track the amount of vaping product distributors are giving retailers. The department would then track that against the tax it is collecting from retailers. That would help the state see if retailers are making money from illicit or untaxed products, said Nick Maduros, the department’s director.
Josh Drayton of the California Cannabis Industry Association says the legal marijuana industry already follows rigorous standards and it supports efforts to place those same standards on nicotine-based products.