Did Reagan Meet With Taliban? 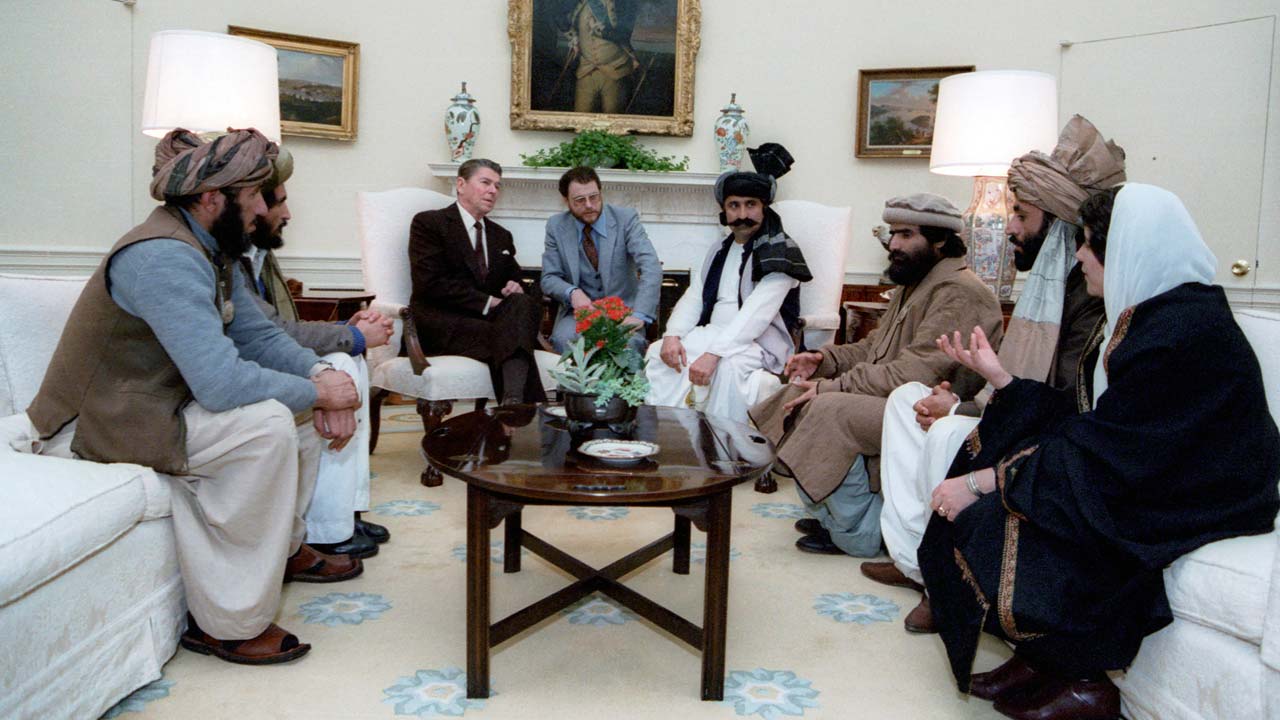 NOT REAL NEWS: A Look at What Didn’t Happen This Week

A roundup of some of the most popular but completely untrue stories and visuals of the week. None of these is legit, even though they were shared widely on social media. The Associated Press checked them out. Here are the real facts:
CLAIM: Photo shows former President Ronald Reagan meeting with Taliban leaders during his presidency.
THE FACTS: The photo, taken in 1983, shows Reagan meeting with leaders of the Afghan mujahedeen. The Taliban did not emerge until 1994. A Twitter user posted the photo on Sept.7, with a caption implying that Reagan met with the Taliban: “NeverTrumpers: A President meeting with the Taliban, this is horrific!” The miscaptioned photo circulated prominently on Twitter and Facebook after it was revealed that President Donald Trump planned to meet with Taliban leaders and Afghan officials at the presidential retreat in Camp David, Maryland, just days before the 9/11 anniversary. The talks, aimed at ending America’s longest war, were called off, each side blaming the other for the collapse. According to information with the photo on the Reagan library and museum website, the photo shows Reagan meeting in the Oval Office with Afghan mujahedeen fighters to discuss Soviet aggression in Afghanistan. During his presidency, the Islamic guerrillas were called “freedom fighters” in the U.S. due to their battle to free their country from Soviet occupation. The photo has circulated on social media before with erroneous captions that identify the men as Taliban.
___
CLAIM: Leprosy is making a comeback in Los Angeles and the city is at risk for an outbreak.
THE FACTS: The number of leprosy cases in Los Angeles County has stayed consistent over the last decade and the area is not at risk for an outbreak, according to the Los Angeles County Health Department. Multiple online reports falsely asserted this week that Los Angeles is at risk for a leprosy outbreak or has seen an increase in reported leprosy cases. The inaccurate articles cited a study released in August, which examined how leprosy cases in Los Angeles County were treated over the last 46 years. Dr. Maria Teresa Ochoa, a clinical professor at the Keck School of Medicine University of Southern California and co-author of the study, told the AP the reports are wrong and misrepresent her work. “I can’t believe it, it’s seriously frustrating,” Ochoa said of articles claiming the study shows an increase in leprosy cases. Over the last decade, the county has averaged two reported cases of leprosy a year. No more than four cases of leprosy, also called Hansen’s Disease, have been reported in any year during that time, according to a statement from the Los Angeles County Health Department. The health department has not identified any cases where the disease was transmitted to someone locally during that time. “Given the low number of cases and no evidence of local transmission, there is no risk for an outbreak,” the health department said in an email to The Associated Press. Ochoa said the number of reported leprosy cases is on the decline in the county, with only one reported in 2019. That’s down from 1998, when 13 leprosy cases were reported in the county. Some articles claimed former President Barack Obama dropped a requirement that immigrants be screened for leprosy before entering the country. No such change was made. Immigrants found to have the disease may be denied entry until treated, according to the Centers for Disease Control and Prevention. Other articles pin a possible leprosy outbreak in Los Angeles on the area’s growing homeless population. No leprosy cases have been identified in people experiencing homelessness, the county health department confirmed in an email.
___ 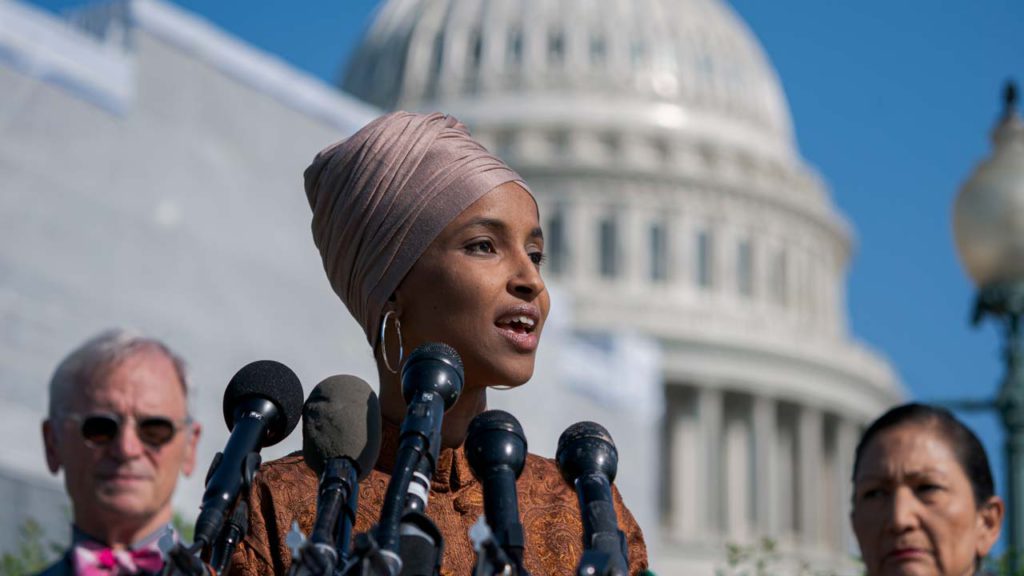 An image circulating on Facebook on Sept. 11 showed the burning World Trade Center’s twin towers with photos of Omar laughing, putting words in the Democratic congresswoman’s mouth. Omar, the first Muslim refugee elected to Congress, has faced criticism for using the phrase “some people did something” in remarks about the attacks during a speech in March. (AP File Photo/J. Scott Applewhite)

CLAIM: Rep. Ilhan Omar of Minnesota said “My people did something,” in reference to the 9/11 terrorist attacks.
THE FACTS: An image circulating on Facebook on Sept. 11 that shows the burning World Trade Center’s twin towers with photos of Omar laughing, falsely puts a word in the Democratic congresswoman’s mouth. Omar, the first Muslim refugee elected to Congress, has faced criticism for using the phrase “some people did something” in remarks about the attacks during a speech in March. She made the comments while speaking to the Council on American-Islamic Relations, stating that the group “was founded after 9/11 because they recognized that some people did something and that all of us were starting to lose access to our civil liberties.” During the speech, Omar said that post-9/11, U.S. Muslims had lost civil liberties, essentially becoming “second-class citizens.” The comments incensed many who thought she was minimizing the attacks, which killed nearly 3,000 people when four hijacked planes crashed into the trade center, the Pentagon and a Pennsylvania field 18 years ago. Responding to criticism over the remarks, Omar noted that President George W. Bush stood at ground zero days after the towers fell and vowed that “the people who knocked these buildings down” would “hear all of us soon.” The Council on American-Islamic Relations was founded in 1994, not after the attacks, according to its website. Its membership skyrocketed after the 2001 attacks.
___
This is part of The Associated Press’ ongoing effort to fact-check misinformation that is shared widely online, including work with Facebook to identify and reduce the circulation of false stories on the platform. The video circulating widely on Facebook was captured earlier this year when a fire broke out in a four-story building in Surat, India, killing 19 students and injuring dozens more.
Related Topics:9/11LeprosyPresident Donald TrumpPresident Ronald ReaganRep. Ilhan OmarTalibanWorld Trade Center
Up Next