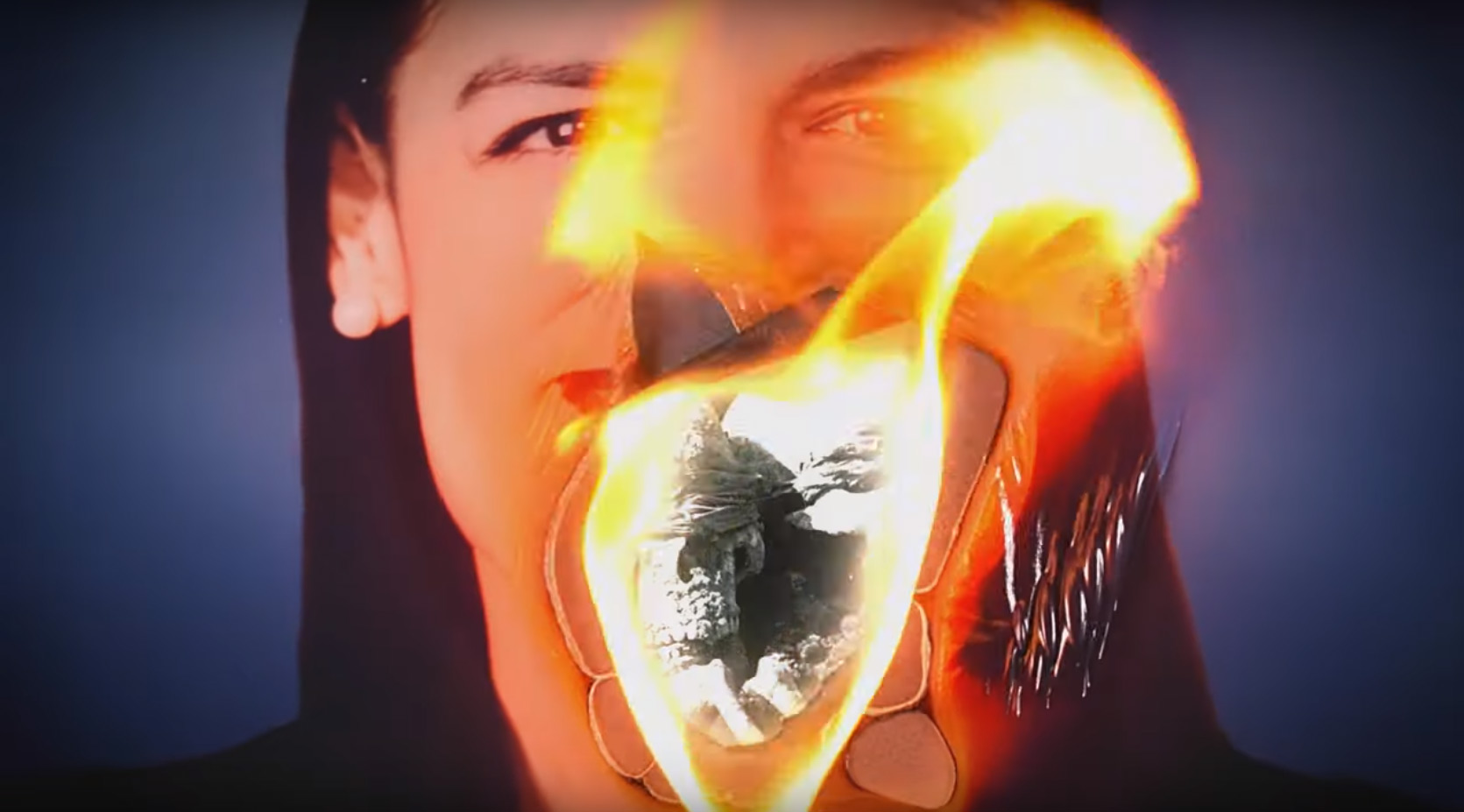 The biggest explosion from Thursday’s Democratic presidential debate didn’t take place on the stage in Houston. It took place during one of the ad breaks.
New Faces GOP PAC aired a video featuring the face of Congresswoman Alexandria Ocasio-Cortez (D-New York) burning into flames, transitioning into horrific images of the Cambodian genocide of the 1970s. The imagery meant to tie AOC’s socialistic views of today to the horrors of socialism of the past. 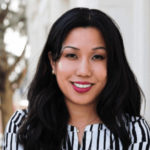 The new face of New Faces GOP is Elizabeth Heng of Fresno, the one time congressional candidate who lost to Jim Costa (D-Fresno) in 2018.
“This is the face of socialism. And, ignorance. Does Alexandria Ocasio-Cortez know the horror of socialism? My father was minutes from death in Cambodia, before a forced marriage saved his life. That’s socialism. Forced obedience, starvation. Mine is a face of freedom. My skin is not white, I’m not outrageous, racist, nor socialist. I’m a Republican” Heng said in the ad.
The TV spot, which didn’t air nationally but in select markets including New York, Washington, Houston and Fresno, received immediate backlash, from Ocasio-Cortez herself and many local Democrats.

“Republicans are running TV ads setting pictures of me on fire to convince people they aren’t racist. Life is weird!” Ocasio-Cortez tweeted.
She added in a second post “Know that this wasn’t an ad for young conservatives of color — that was the pretense. What you just watched was a love letter to the GOP’s white supremacist case.”

Know that this wasn’t an ad for young conservatives of color – that was the pretense.

What you just watched was a love letter to the GOP’s white supremacist case. https://t.co/zvp1EB02c5
— Alexandria Ocasio-Cortez (@AOC) September 13, 2019

To which, Heng replied on Twitter: “Not Republicans. Me. Are you really calling me a racist @aoc? I’m calling all Democrats out for supporting an evil ideology. Or are you just in Congress to hang out with celebrities and tweet out ridiculous ideas like the green new deal?”
Heng followed with: “.@aoc response is the Democratic party in a nutshell.  They are more offended by truthful words than the acts of their political ideology that has killed millions of innocent victims.  I don’t care about@AOC feelings – I care about stopping her lies about the lies of socialism.”

.@aoc response is the Democratic party in a nutshell. They are more offended by truthful words than the acts of their political ideology that has killed millions of innocent victims. I don’t care about @AOC feelings – I care about stopping her lies about the lies of socialism.

Two Fresno councilmembers chimed in, criticizing the ad and defending AOC. A third councilmember, Garry Bredefeld, said he liked the ad and supports Heng.
In addition, Fresno businessman Richard Caglia, who had contributed $1,000 to New Faces GOP, said Friday that he had asked for — and received — a return of his donation.
In a message to Heng, Caglia wrote, “The specific ad and its contents that I viewed do not reflect the views of myself, my family, nor or any of our organizations.”
He also said, “The last thing that this community and our nation need right now is further ideological or political division.”

“There is no message in that ad. It doesn’t address socialism … that ad is to fear monger and get clicks on social media. If there was a message, I didn’t get it. Except that it is in poor taste. It didn’t give any significant dialogue or discourse on impacting our families,” councilman Miguel Arias said.
Arias and Esmeralda Soria famously visited AOC in Washington in June after another Fresno related video controversy involving AOC. The council pair met with the congresswoman to smooth over a video the Fresno Grizzlies baseball team aired during Memorial Day linking AOC to other notorious world dictators. The Grizzlies said they aired the video in error.

“Such a disturbing ad does nothing to advance the issues affecting our Central Valley families. It’s one more reason why voters want change in Congress. Our campaign is focused on fixing our broken healthcare system, making college affordable and rebuilding our middle class,” Soria wrote on Twitter.
Soria is in a congressional campaign herself, trying to unseat the same man Heng did — Jim Costa.
Councilman Garry Bredefeld wholeheartedly supported Heng.
“Socialism is evil-pure and simple.  You can put window dressing on it and call it Democratic Socialism but it’s still evil.  Elizabeth calls out the ignorance of supporting that evil ideology as well as the Green New Deal that would destroy our economy and bankrupt our nation.  Truth is the truth.  I wish those that are triggered by her ad would also be so offended by the systematic murder of the unborn, and the attacks on Christians, the police, our Second Amendment, and our traditional values,” Bredefeld said.
Even Kingsburg councilwoman Jewel Hurtado shared her thoughts on social media.

I can’t believe @ElizabethHeng had to do all that JUST to TRY to stay relevant. I’m so furious about this still. The attacks on @AOC from our area need to stop.

Heng, a Fresno native educated at Stanford and Yale, is the daughter of parents who escaped the Khmer Rouge dictatorship of Cambodia. During her 2018 congressional run, Heng used the same imagery of the genocide in congressional ads that were banned on social media for a short time period.

After serving as a staffer in Washington, Heng returned to Fresno to run for office. Since last November, she has continued to advocate for GOP causes, including the formation of the New Faces PAC.
Heng was also appointed to the Immigrant Affairs Committee, a new advisory panel formed by the Fresno City Council. The group has yet to hold a meeting.
Bredefeld appointed Heng to the board. He said he “absolutely” continues to support his pick.
Arias speculated on what reception Heng would receive on the committee.
“Elizabeth has a right to her personal opinion and has the right to as distasteful and offensive in her videos as she wishes. We’ll see what kind of welcoming and interaction she has with other committee members,” Arias said.
Bredefeld disagreed.
“As for Miguel Arias snidely questioning how she will be welcomed at the immigrant committee, it is my expectation she will be welcomed with the same warm reception as everyone else,” Bredefeld said.
Despite its formation earlier last February, the committee has yet to hold a meeting.

The New Faces PAC made its public debut last night, but has been in the planning for a few months, according to spokesman Matt Langston.
“The goal was to GOP raise awareness of the Democratic Party and give a counterface to what the media tends to portray as Republicans. A secondary benefit is it did catch attention,” Langston said.
According to federal campaign disclosure records, the PAC has received $170,750 from 22 contributors. Two entities contributed $25,000 apiece — Tov Investments of Millbrae, California and Bullpen Capital founder Paul Martino of Pennsylvania. Virginia “Ginny” Ueberroth, who is the wife of former Major League Baseball commissioner Peter Ueberroth, gave $500.
Fresno business Shiralian Enterprises Inc., which operates E-Z Trip gas stations, contributed $5,000 to the PAC. Fresno Business Journal publisher Gordon Webster ($1,000) and Fresno civil engineer Edward Dunkel ($1,000) are also on the contribution list.
Langston said the group plans to recruit and campaign for candidates in the upcoming election cycle, but did not specify which candidates they would support.
He brushed off criticism of the ad.
“Whenever you talk about extremism, it is hard to predict where it goes. It is a warning to Americans that they need to pay attention and get engaged.”

Free Speech Is What Allows Us to Govern Ourselves in America