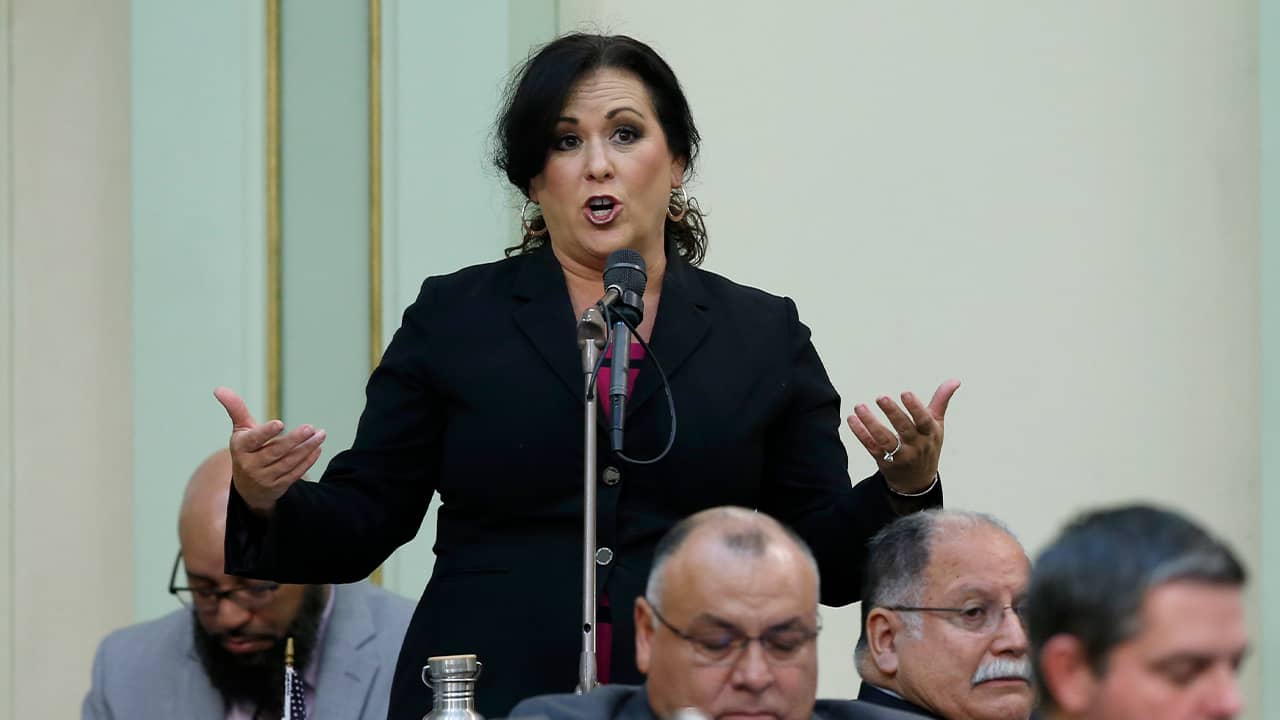 SACRAMENTO — California lawmakers confronting the changing definition of work have approved sweeping legislation designed to give many contract workers new pay and benefit protections, but tech giants Uber and Lyft vowed to keep fighting the changes, possibly by bankrolling an expensive fight on the 2020 ballot.


“Just because the test is hard does not mean we will not be able to pass it.” — general counsel Tony West
The measure passed Wednesday and now heads to Democratic Gov. Gavin Newsom. It outlines a three-part test that makes it harder for companies to classify workers as independent contractors who are not entitled to minimum wage and benefits like workers compensation.

Uber has argued that forcing its drivers to become employees would upend a business model that is built on flexibility. General counsel Tony West suggested to reporters that the ride-hailing company won’t start treating its workers as employees come Jan. 1, instead defending its model if it faces legal challenges.
“Just because the test is hard does not mean we will not be able to pass it,” he said.
Newsom has pledged to sign the measure, but his office hopes to bring ride-hailing and meal delivery companies to the table with labor unions to negotiate a separate set of rules for workers who pick up jobs on their own schedules in the so-called gig economy.
The freshman governor faces a test of his ability to broker a compromise between powerful interest groups in Silicon Valley and organized labor. Steve Smith of the California Labor Federation, a sponsor of the legislation, said the companies so far haven’t made acceptable proposals.

“We’re committed to creating the conditions for (negotiations) to happen,” Newsom spokesman Nathan Click said.
If Newsom signs the legislation, it could have national implications as politicians and businesses confront the shifting nature of work.
New York Gov. Andrew Cuomo, a Democrat, has indicated interest in pursuing a similar measure, and almost all the Democratic presidential contenders have offered similar proposals at the federal level.
“It’s forced the nation to take a look at what the future of work is going to look like,” Democratic Assemblyman Ian Calderon of Whittier said in supporting the bill.
The measure would enshrine in law a 2018 California Supreme Court decision that makes it harder for companies to classify workers as independent contractors instead of employees. While the court’s decision has set legal precedent since last year, the legislation provides enforcement tactics to the state and to city attorneys, who could sue companies they believe are failing to comply.
But Uber, Lyft and delivery companies such as DoorDash and Postmates aren’t ready to concede.

Uber and Lyft have already dumped $60 million into a committee for a ballot measure next year if Newsom doesn’t broker a deal. They have said the ballot measure would set a base hourly wage, give workers access to benefits they can take with them to other companies and allow drivers to collectively bargain without making them employees.
DoorDash, the meal delivery company, also has pledged $30 million. 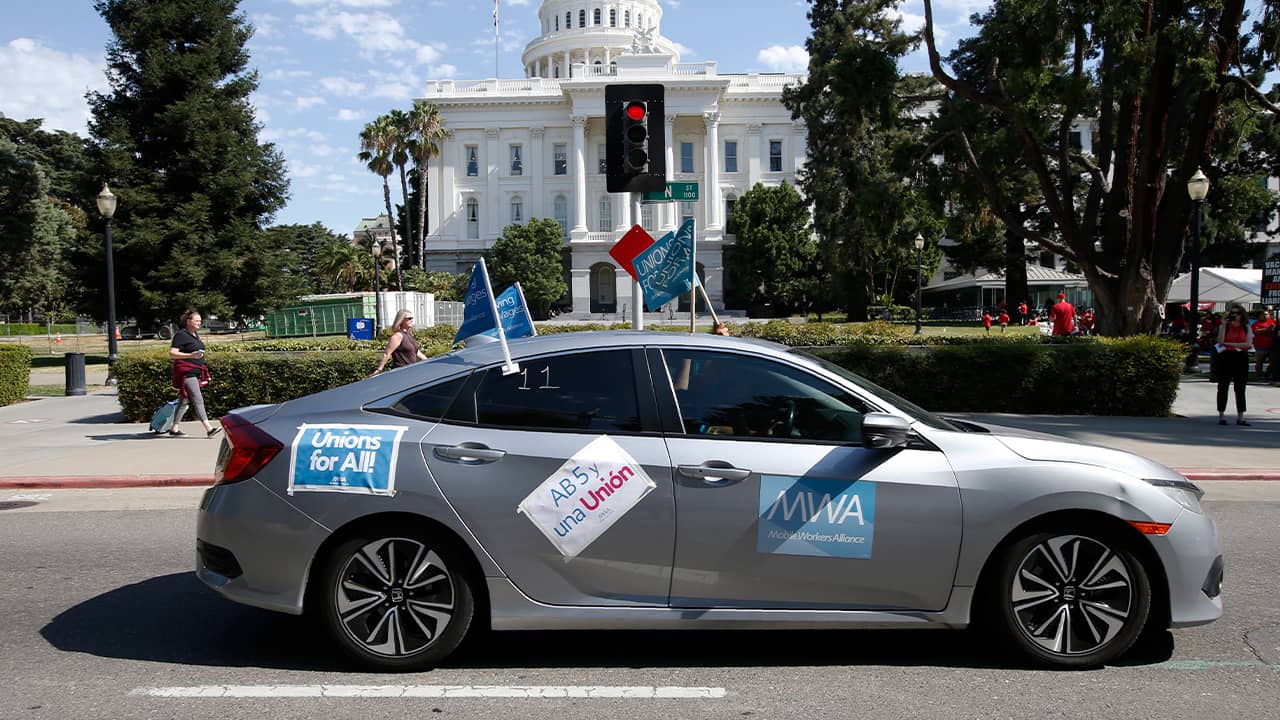 In this Aug. 28, 2019, photo, supporters of a measure to limit when companies can label workers as independent contractors drive their cars past the Capitol during a rally in Sacramento, Calif. California lawmakers are debating a bill that would make companies like Uber and Lyft label their workers as employees, entitling them to minimum wage and benefits. (AP Photo/Rich Pedroncelli, File)

Lyft spokesman Adrian Durbin would not comment on whether Lyft shares Uber’s position that it will not reclassify its workers come Jan. 1.