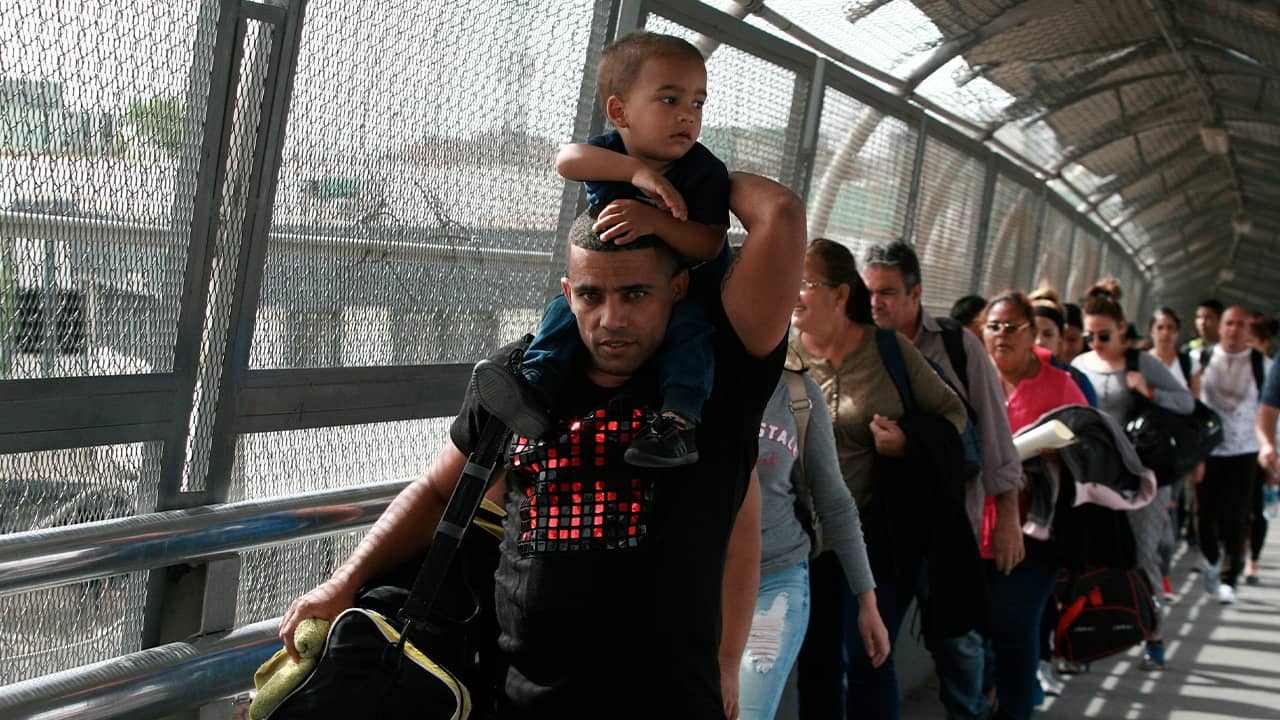 CIUDAD JUAREZ, Mexico — With a go-ahead from the U.S. Supreme Court, the Trump administration Thursday began enforcing a radical new rule that would deny asylum to nearly all migrants arriving at the southern border — a move that spread despair among those fleeing poverty and violence in their homelands.

‘I Did This so I Didn’t Lose My Life’

In Tijuana, Dunea Romero, a 31-year-old Honduran woman, started to tear up at the thought of not being allowed to take refuge in the U.S. She said she packed a bag and fled her homeland with her two boys, ages 7 and 11, after hearing that her ex-husband, a powerful gang leader, was going to have her killed.
“I did this so I didn’t lose my life,” she said. “I didn’t want to leave my sons without a mother.”
A Nicaraguan who has been waiting in Ciudad Juarez to request asylum in the U.S. could be among those who would be affected. He said he fled his home country after running afoul of the Nicaraguan government with many acts of civil disobedience.
He passed through Honduras on his way to the border, meaning he would have to return to that violence-ridden country under the new rule. He asked that his name not be used because a past news report quoting him led to retaliation against relatives in Nicaragua.
“The president of Nicaragua is friends with the president of Honduras, and what the Honduran president could do is send all of the Nicaraguans back to their country,” he said. “And me, setting foot in Nicaragua again, what could happen to me is I could get locked up, be detained, and processed in Nicaragua for the crimes that they accuse me of — terrorism and high treason against the government of Nicaragua.”
In Tijuana, Ngoh Elliot Takere of Cameroon stood only steps from the U.S. and felt overwhelmed by frustration after learning that he could be blocked from getting in. He has been waiting for two months in Mexico for his number to be called so he can submit a request for asylum in the U.S.
The 28-year-old furniture maker said he left his war-torn African homeland after being jailed by police for being part of the English-speaking minority. He was released on the condition that he leave the country or be killed, he said.

The New Rule on Asylum Represents a Shift in Decades of U.S. Policy

He said the military burned his family’s home, killing his mother.
As for the possibility of being turned away by the United States, Takere said: “I can’t think of that.”