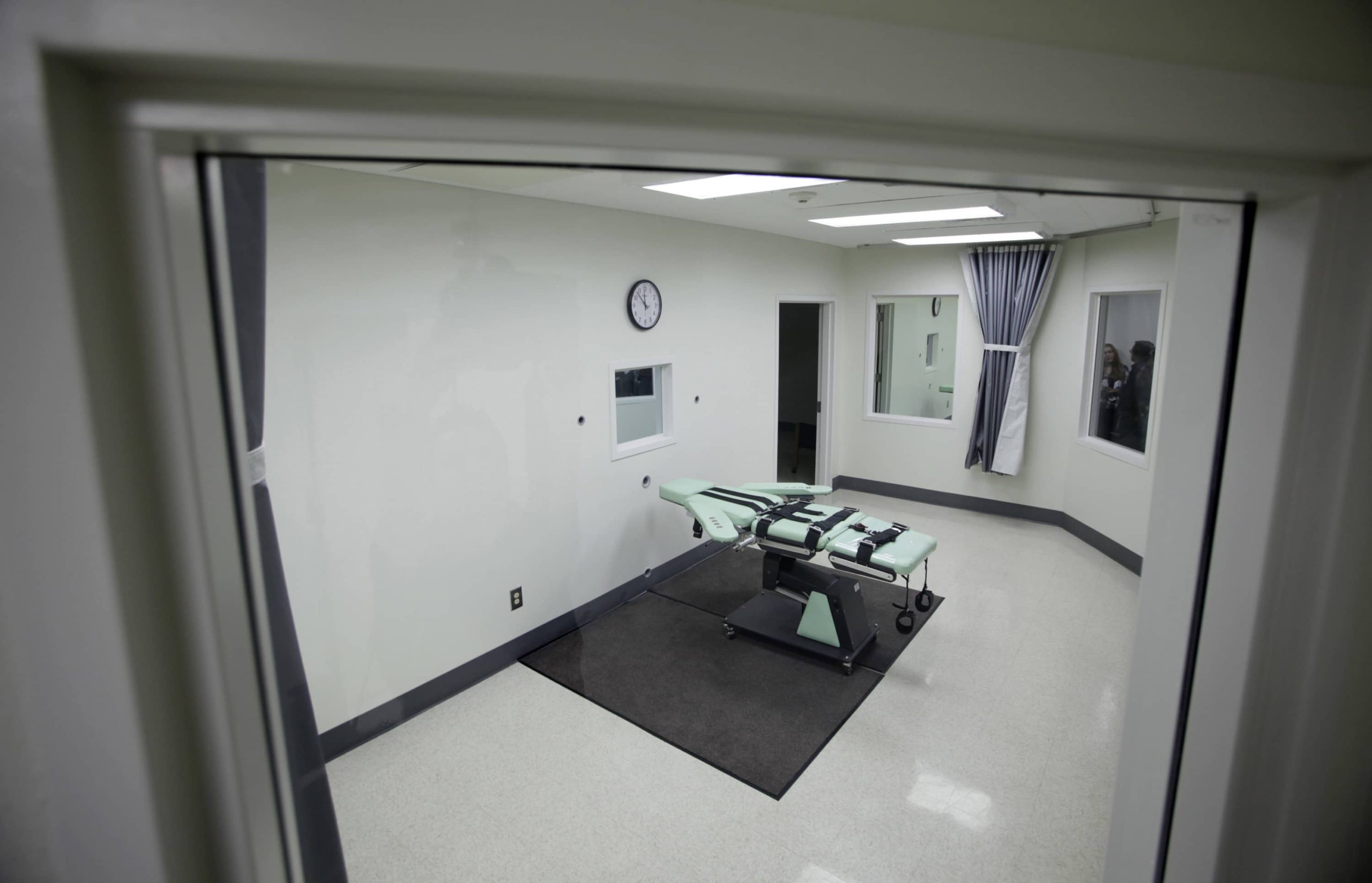 In this March 13, 2019, handout provided by the California Department of Corrections and Rehabilitation a death penalty chamber chair is carried to a truck at San Quentin State Prison, in San Quentin, Calif. Gov. Gavin Newsom signed an executive order, Wednesday, placing a moratorium on the death penalty. (California Department of Corrections and Rehabilitation via AP)

California hasn’t executed anyone since 2006. Still, Los Angeles County prosecutors contend that barring jurors from considering death sentences would be “tantamount to judicial abolition of the death penalty in violation of the wishes of California voters.”
Voters have repeatedly, if narrowly, supported executions and in 2016 approved a ballot measure to speed them up. Lawmakers backed by the governor are considering putting another measure on the November 2020 ballot to repeal the death penalty.

In July, the justices temporarily halted the case against Jade Douglas Harris. He could face a death sentence if convicted of charges that he killed three people and wounded a 13-year-old boy while stealing a car in 2012.
In a related development Wednesday, attorneys representing condemned inmates asked a U.S. judge to enter a final judgment in their favor in their legal challenge to California’s plan to use lethal injections to carry out executions.
The lawyers are seeking the judgment because Newsom withdrew the state’s plan to use a single injection of powerful barbiturates and ordered the state’s death chamber to be symbolically dismantled.
The attorneys asked the judge to order state officials to give them six months’ notice if the state again tries to put inmates to death, so they can again consider a legal challenge.
Related Topics:California Supreme Courtdeath chamberdeath penalty casesexecutionsGov. Gavin Newsomjurorsmoratorium
Up Next