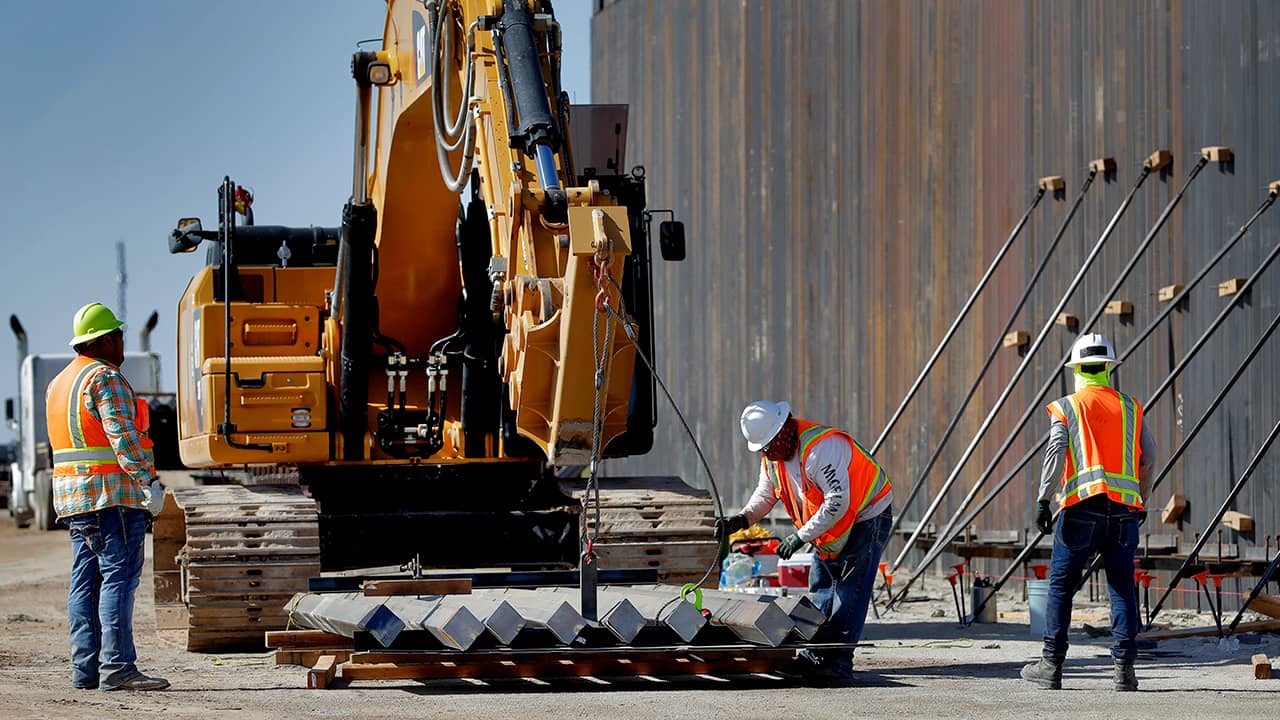 YUMA, Ariz. — On a dirt road past rows of date trees, just feet from a dry section of Colorado River, a small construction crew is putting up a towering border wall that the government hopes will reduce — for good — the flow of immigrants who cross the U.S.-Mexico border illegally.
Cicadas buzz and heavy equipment rumbles and beeps before it lowers 30-foot-tall sections of fence into the dirt. “Ahí está!” — “There it is!” — a Spanish-speaking member of the crew says as the men straighten the sections into the ground. Nearby, workers pull dates from palm trees, not far from the cotton fields that cars pass on the drive to the border.
South of Yuma, Arizona, the tall brown bollards rising against a cloudless desert sky will replace much shorter barriers that are meant to keep out cars, but not people.

This 5-mile section of fencing is where President Donald Trump’s most salient campaign promise — to build a wall along the entire southern border — is taking shape.
The president and his administration said this week that they plan on building between 450 and 500 miles of fencing along the nearly 2,000-mile border by the end of 2020, an ambitious undertaking funded by billions of defense dollars that had been earmarked for things like military base schools, target ranges and maintenance facilities.
Two other Pentagon-funded construction projects in New Mexico and Arizona are underway, but some are skeptical that so many miles of wall can be built in such a short amount of time. The government is up against last-minute construction hiccups, funding issues and legal challenges from environmentalists and property owners whose land sits on the border.

Yuma Sector Is the Third Busiest Along the Southern Border

The Trump administration says the wall — along with more surveillance technology, agents and lighting — is key to keeping out people who cross illegally.
Critics say a wall is useless when most of those apprehended turn themselves in to Border Patrol agents in the hope they can be eventually released while their cases play out in immigration court.
In Yuma, the defense-funded section of tall fencing is replacing shorter barriers that U.S. officials say are less efficient.
It comes amid a steep increase since last year in the number of migrant families who cross the border illegally in the Yuma area, often turning themselves in to Border Patrol agents. Many are fleeing extreme poverty and violence, and some are seeking asylum.
So far this year, Border Patrol agents in the Yuma sector have apprehended over 51,000 family units. That’s compared with just over 14,500 the year before — about a 250% increase.
The Yuma sector is the third busiest along the southern border, with officials building a temporary, 500-person tent facility in the parking lot of the Border Patrol’s Yuma headquarters in June.
It spent just under $15 million for the setup and services for four months, including meals, laundry and security, but officials are evaluating whether to keep it running past next month as the number of arrivals in Yuma and across the southern border have fallen sharply in recent months.

The drop is largely due to the Mexican government’s efforts to stop migrants from heading north after Trump threatened tariffs earlier this year to force Mexico to act. 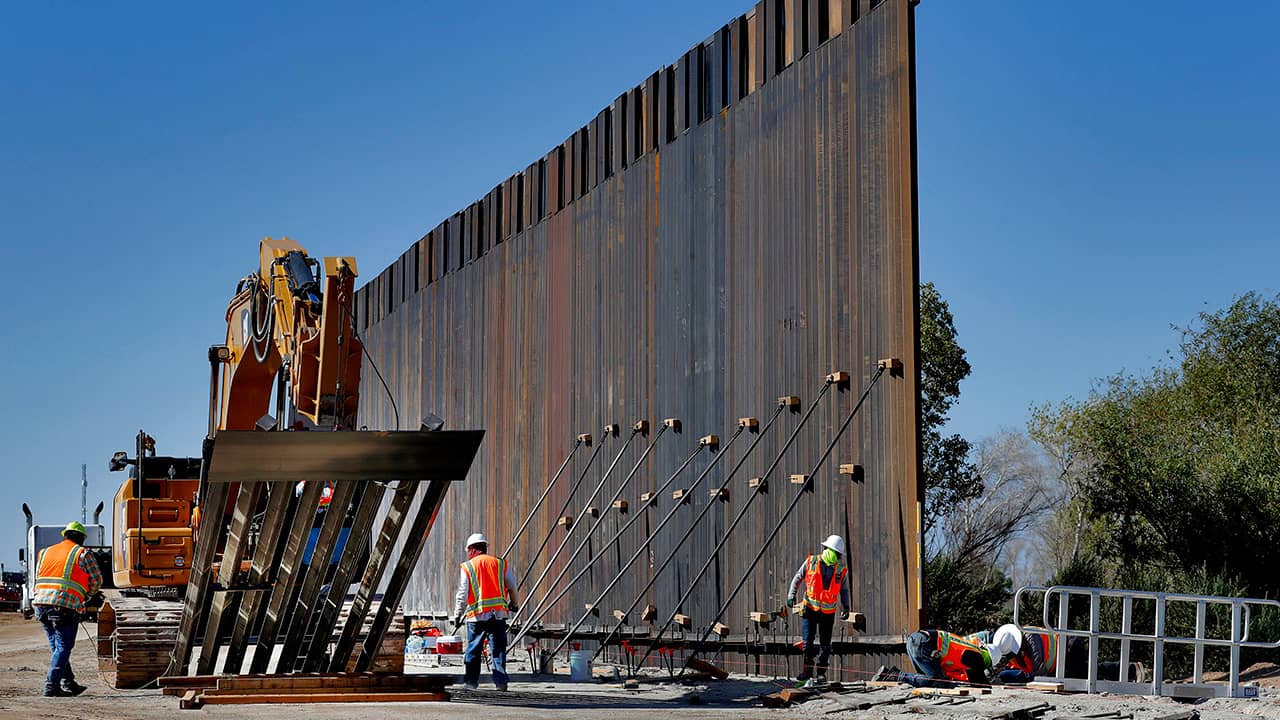 Government contractors erect a section of Pentagon-funded border wall along the Colorado River, Tuesday, Sept. 10, 2019 in Yuma, Ariz. The 30-foot high wall replaces a five-mile section of Normandy barrier and post-n-beam fencing along the the International border that separates Mexico and the United States. Construction began as federal officials revealed a list of Defense Department projects to be cut to pay for President Donald Trump’s wall. (AP Photo/Matt York)

“One form doesn’t fit in all areas, and so the fence itself is not the one solution. It’s a combination of many things,” Manjarrez said.
The ease of construction varies by place and depends on things like water, Manjarrez said, adding that just because a plot of land is flat “doesn’t mean it’s not complex.”
He said building 450 to 500 miles of fence by the end of next year would be tough if that figure doesn’t include sections of the wall that have been built recently.
“As it stands now, contractors are building pretty fast,” Manjarrez said. The real question is whether the government needs to build that much fencing, he said.
The Trump administration may face those issues along with lawsuits from landowners who aren’t giving up their property so easily and environmentalists who say the barriers stop animals from migrating and can cut off water resources.
The Tohono O’odham tribe in Arizona also has expressed opposition to more border fencing on its land, which stretches for nearly 75 miles along the border with Mexico.
Near Yuma, the Cocopah Indian Tribe’s reservation is near the latest fencing project, and leaders are concerned it will block the view to its sacred sites, spokesman Jonathan Athens said.