Walters: Hot Politics in the Cul-De-Sac of California 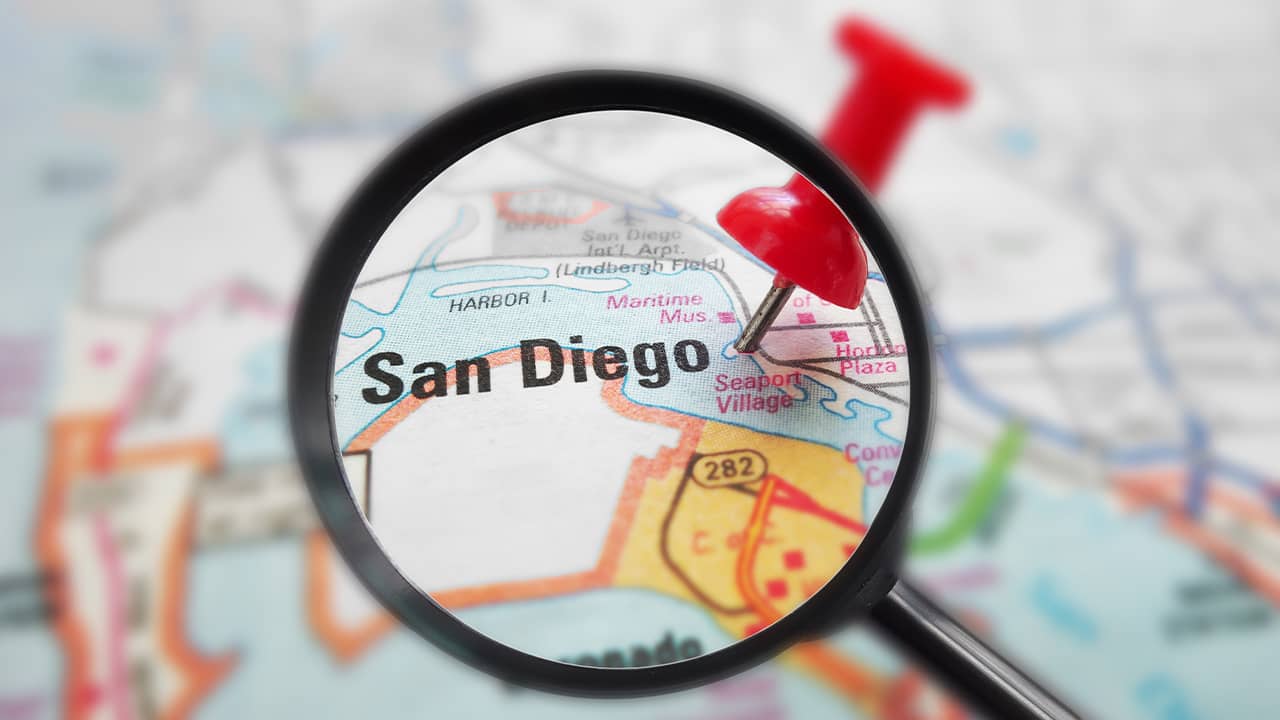 Spanish explorer Juan Cabrillo claimed California 477 years ago this month when his three-ship armada sailed into a bay he named “San Miguel,” which we know today as San Diego.
Nearly a half-millennium later, San Diego is California’s second-largest city, but in a sense remains an isolated, almost self-contained, outpost.

An ocean to the west, an international border to the south, a mountainous and forbidding desert to the east and the Marine Corps’ massive Camp Pendleton to the north wall off San Diego from the rest of California.
True-believing San Diegans cherish the barriers as protecting them from Los Angeles and hatred of the colossus to the north permeates local consciousness and politics.
As it happens, San Diego is in the midst of a political evolution. The city and the surrounding San Diego County have been politically conservative for most of its history, and the rural portions of the county still are. But the city has turned blue, thanks to a political awakening of its Latino population, organizational efforts by unions and demographic and economic changes.
Kevin Faulconer, the latest in a long, but not unbroken, string of Republican mayors, is nearing the end of his tenure and the next mayor will almost certainly be a Democrat, with Assemblyman Todd Gloria and city councilwoman Barbara Bry the chief contenders.

The early skirmishing between the two reflects San Diegans’ endemic fears of being victimized by powerful interests outside of the city.
Bry is positioning herself as the protector of San Diego’s single-family neighborhoods against efforts by rapacious developers and politicians in Sacramento to force it to accept higher-density housing.
She accuses Gloria of doing their bidding by voting for a controversial bill that would allow some housing projects to bypass local regulation. The legislation, Senate Bill 330, was sent to Gov. Gavin Newsom’s desk last week.
As SB 330 was going to the governor, however, Gloria ginned up another bill in the final days of the legislative session that simultaneously plays on San Diegans dislike of Los Angeles and benefits his labor union backers.
His Assembly Bill 1290, also supported by Toni Atkins, a San Diegan who is the state Senate’s top leader, would allow a “project labor agreement” for Pure Water San Diego, a project to make the city less dependent on outside water supplies by reprocessing wastewater.
San Diego has been trying for decades to wean itself from water supplied by the Metropolitan Water District of Southern California, which is dominated by Los Angeles. The feud between San Diego and The Met, as it’s known, has been waged in the Legislature and in the courts.

Pure Water San Diego has been stalled by an apparent conflict with a 2012 city ballot measure — a holdover from the city’s conservative past — that makes it illegal to mandate project labor agreements on public works projects, unless required by state or federal law.
The mayoral contest, however, will not be the only election next year that reflects San Diego’s political evolution.
Democratic Congresswoman Susan Davis announced last week that she will retire after her current term ends, touching off a scramble among local Democratic politicians.
Meanwhile, in the still-conservative, semi-rural San Diego suburbs, Republican Congressman Duncan Hunter says he’s running for a seventh term even though he’s been indicted on federal charges of misusing campaign funds for personal expenses. He could face a stiff challenge from several Republican figures.
California’s cul-de-sac, as some term San Diego, will be a cauldron of high-stakes politics next year.
CalMatters is a public interest journalism venture committed to explaining how California’s state Capitol works and why it matters. For more stories by Dan Walters, go to calmatters.org/commentary.

Keto the Trend, but Beer Rules at California Food Expo