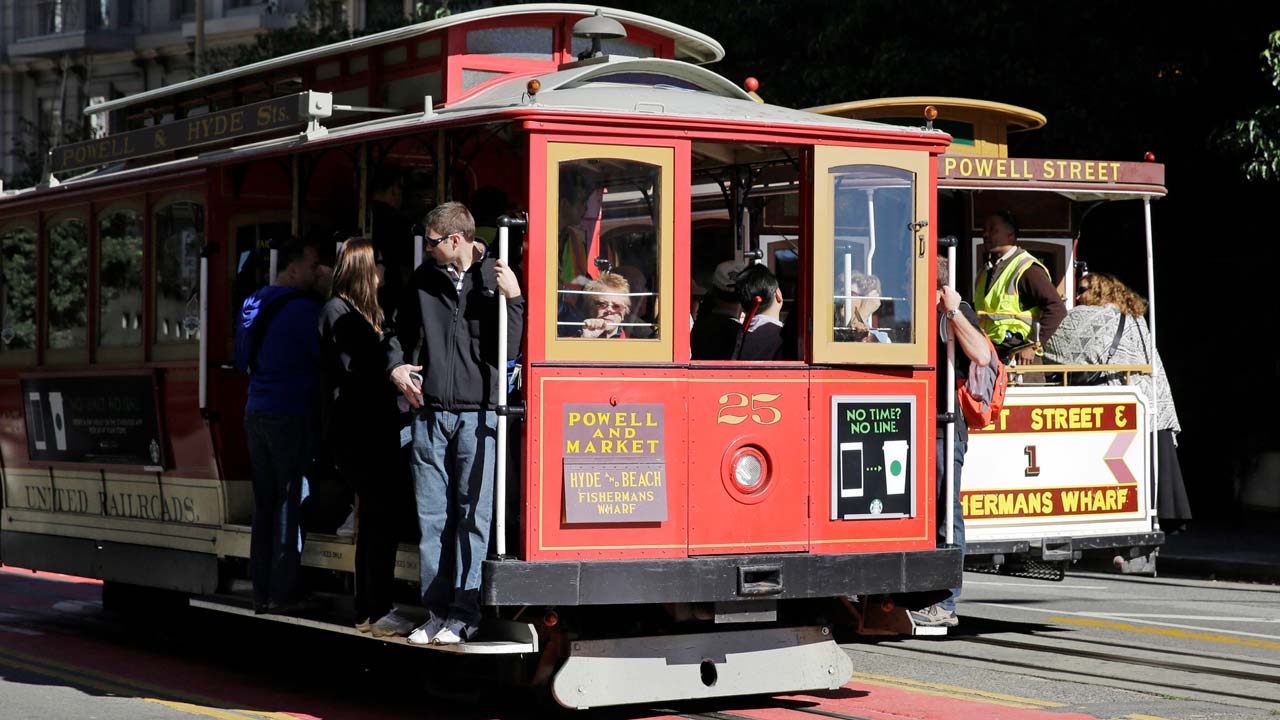 SAN FRANCISCO — San Francisco’s iconic cable cars will stop running for 10 days starting Friday while they undergo the final repairs in a three-year restoration project of the gearboxes that propel the world-famous system up the city’s notoriously steep hills.
Shuttle buses will run along the three cable car routes where historic cars typically travel at a steady 9.5 miles (15 kilometers) per hour, the San Francisco Municipal Transportation Agency said Wednesday.
The agency says it needs to get the manually operated cable cars off the streets to rehabilitate the gearboxes that power the system that started in the 1890s.
The gearboxes spin the 30-foot (9-meter) tall wheels that pull the 12 miles (19 kilometers) of steel cables under San Francisco to lift the city’s 40 cable cars up steep hills.

Shutdown Sure to Disappoint Tourists

The shutdown is sure to disappoint some of the tourists visiting the city next week. Long lines typically snake around several sites where riders can hope on, despite each car’s capacity of 60 people. The city says 7.5 million passengers ride the cable cars each year.
The work is part of a $6 million upgrade project that started in 2017 to repair the four heavy equipment gearboxes that have been in service since 1984. The fourth gearbox controls the Hyde Line, the master cable that controls all cable cars going in and out of the cable car barn. Without it operating, cable cars can’t enter or return from service.
San Francisco’s cable cars were named a National Historic Landmark in 1964 by the U.S. Interior Department’s National Park Service. The cost is $6 for each ride or $14 for an all-day pass. Seniors and the disabled pay $3.