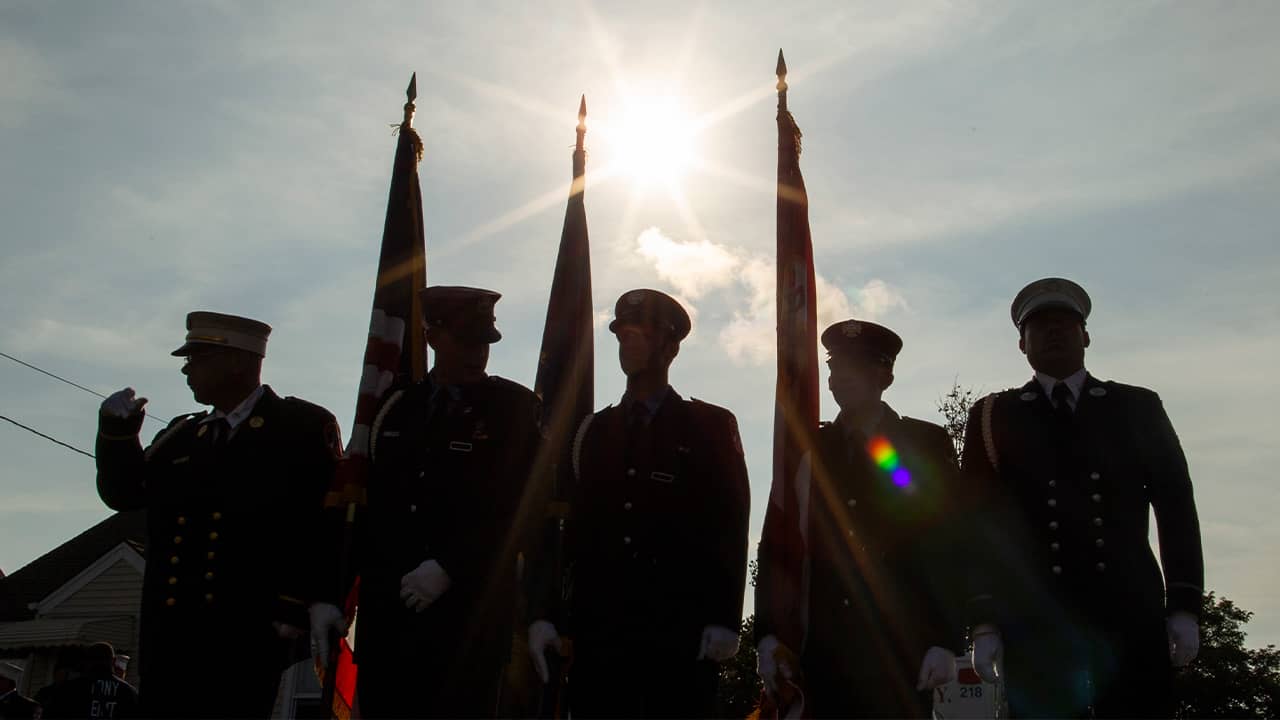 The nation is still grappling with the aftermath of 9/11. The effects are visible from airport security checkpoints to Afghanistan, where the post-9/11 U.S. invasion has become America’s longest war.
Earlier this week, Trump called off a secret meeting at Camp David with Taliban and Afghan government leaders and declared the peace talks “dead.” As the Sept. 11 anniversary began in Afghanistan, a rocket exploded at the U.S. Embassy just after midnight.
The political legacy of the 9/11 flowed into the ground zero ceremony, too.
After reading victims’ names, Nicholas Haros Jr. used his turn at the podium to tear into Democratic Rep. Ilhan Omar of Minnesota over her recent “Some people did something” reference to 9/11.
“Madam, objectively speaking, we know who and what was done,” Haros, who lost his mother, Frances, said as he reminded the audience of the al-Qaida attackers.
“Our constitutional freedoms were attacked, and our nation’s founding on Judeo-Christian values was attacked. That’s what ‘some people’ did. Got that now?” he said to applause.
Omar, one of the first Muslim women elected to Congress, has said she didn’t intend to minimize what happened on Sept. 11, and she accused critics of taking her words out of context.
Another relative at ground zero underscored that Muslims were among the dead. Zaheda Rahman called her uncle, Abul Chowdhury, a “proud Muslim-American man who lived his life with a carefree nature, a zeal for adventure and a tenacity which I emulate every single day.”
Haros’ remarks weren’t the only political message to draw applause at ground zero. So did Debra Epps’ plea for tighter gun laws.

“This country — in 18 years, you would think it had made changes to bring us to more peace. However, gun violence has gone rampant,” said Epps, who lost her brother, Christopher.