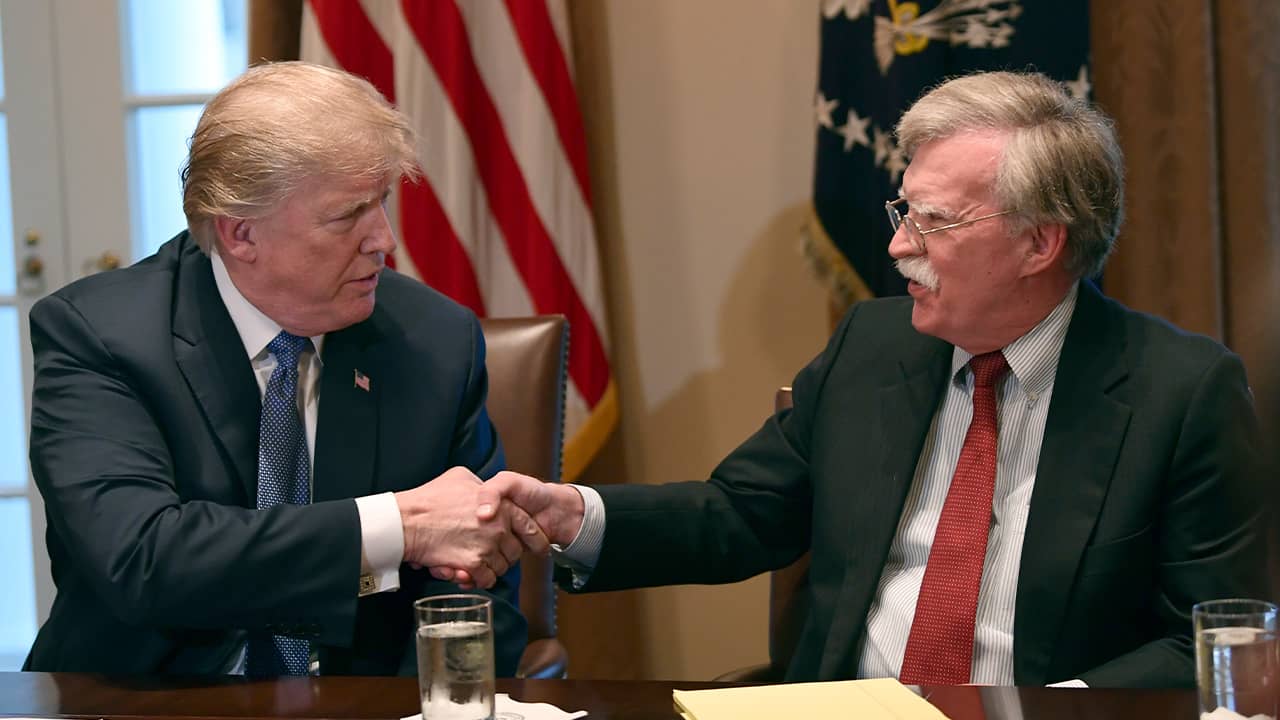 WASHINGTON — President Donald Trump said Tuesday he fired national security adviser John Bolton, citing strong disagreements on a number of policy issues.
Trump tweeted that he told Bolton Monday night his services were no longer needed at the White House and said Bolton submitted his resignation on Tuesday morning. Trump said that he “disagreed strongly” with many of Bolton’s suggestions, “as did others in the administration.”
Bolton responded in a tweet of his own that he offered to resign Monday “and President Trump said, ‘Let’s talk about it tomorrow.'”
Bolton’s ouster came as a surprise to many in the White House. Just an hour before Trump’s tweet, the press office announced that Bolton would join Secretary of State Mike Pompeo and Treasury Secretary Steven Mnuchin in a briefing.

Bolton Was Always an Unlikely Pick

Bolton was always an unlikely pick to be Trump’s third national security adviser, with a world view seemingly ill-fit to the president’s isolationist “America First” pronouncements.
He’s espoused hawkish foreign policy views dating back to the Reagan administration and became a household name over his vociferous support for the Iraq War as the U.S. ambassador to the U.N. under George W. Bush. Bolton even briefly considered running for president in 2016, in part to make the case against the isolationism that Trump would come to embody.
Inside the administration he advocated caution on the president’s whirlwind rapprochement with North Korea and against Trump’s decision last year to pull U.S. troops out of Syria. He masterminded a quiet campaign inside the administration and with allies abroad to convince Trump to keep U.S. forces in Syria to counter the remnants of the Islamic State and Iranian influence in the region.
Bolton was named Trump’s third national security adviser in April 2018 after the departure of Army Gen. H.R. McMaster.