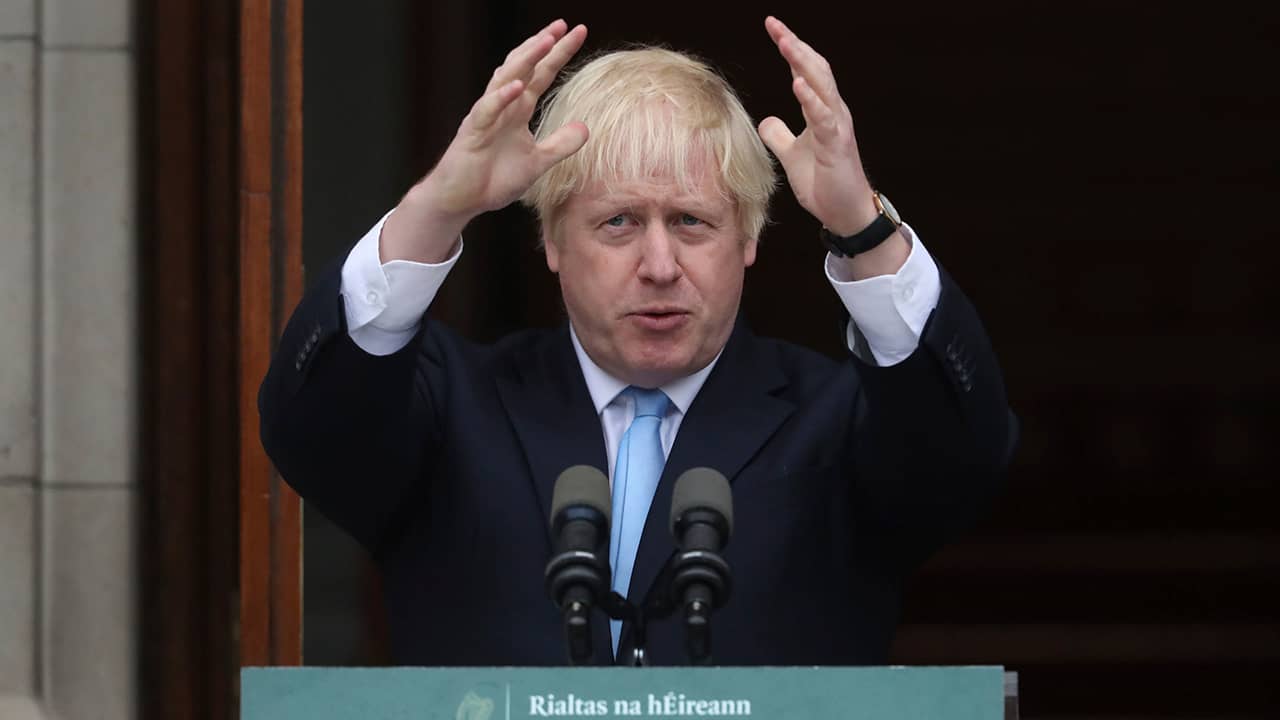 LONDON — Prime Minister Boris Johnson insisted Monday a new Brexit deal can be reached to ensure Britain leaves the European Union by the Oct. 31 deadline, as he acknowledged that withdrawing without one would be a “failure” for which he’d be partially to blame.

No Breakthrough on Irish Border Issue

After their first meeting since Johnson became prime minister in July, the U.K. and Irish leaders said they’d had “a positive and constructive meeting,” but there was no breakthrough on the issue of the Irish border, the main stumbling block to a Brexit deal.
The EU says Britain has not produced any concrete proposals for replacing the contentious “backstop,” a provision in the withdrawal agreement reached by Johnson’s predecessor Theresa May that is designed to ensure an open border between EU member Ireland, and the U.K.’s Northern Ireland.
An open border is crucial to the regional economy and underpins the peace process that ended decades of sectarian violence in Northern Ireland.
Opposition to the backstop was a key reason Britain’s Parliament rejected May’s Brexit deal with the EU three times earlier this year. British Brexit-backers oppose the backstop because it locks Britain into EU trade rules to avoid customs checks, something they say will stop the U.K. from striking new trade deals with countries such as the United States.
Varadkar said he was open to any alternatives that were “legally workable,” but none has been received so far.
“In the absence of agreed alternative arrangements, no backstop is no deal for us,” he said. “As for an extension, we’d like to see this dealt with but if there is a good reason to have an extension, we would consider it.”
Britain’s Parliament has passed a bill that would force the government to seek a delay from the EU if no deal has been agreed by Oct 19. It was approved by Parliament on Friday and will become law when it gets royal assent — a formality — on Monday. 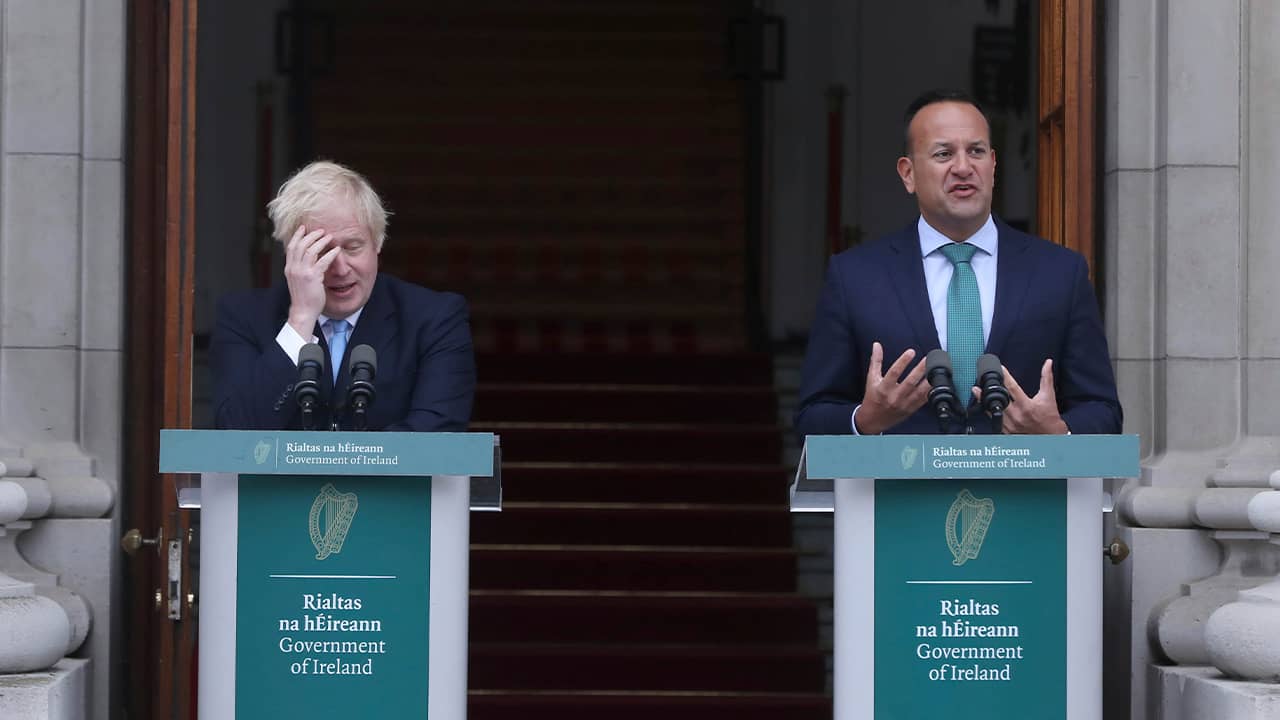 The Suspension May Provide Some Respite for Johnson

Johnson is adamant he won’t ask for an extension to the deadline, saying he’d “rather be dead in a ditch” than delay Brexit.
But he has few easy ways out of it. Johnson’s options — all of them extreme — include disobeying the law, which could land him in court or even prison, and resigning so that someone else would have to ask for a delay.
Johnson’s spokesman James Slack confirmed that Parliament will be prorogued, or suspended, at the close of the day’s business until Oct. 14. The government had earlier said it would happen sometime this week.
The suspension limits Parliament’s ability to block Johnson’s plans for Brexit. It is being challenged in court by opponents who say the suspension is anti-democratic and illegal.
The suspension may provide some respite for Johnson, who has had a turbulent week since Parliament returned from its summer break on Sept. 3.

He kicked 21 lawmakers out of the Conservative group in Parliament after they sided with the opposition to pass the law ruling out a no-deal Brexit next month and saw two ministers quit his government — one of them his own brother.
Later Monday, Johnson plans to ask lawmakers to back his plan for an early election, which he sees as the only way to break the deadlock. His hope is to win a majority that would back his Brexit strategy.

Opposition parties have said they will vote the measure down, because they want to make sure a no-deal departure is blocked before agreeing to an election.
“The prime minister is not going to seek an extension,” Johnson spokesman Slack said.