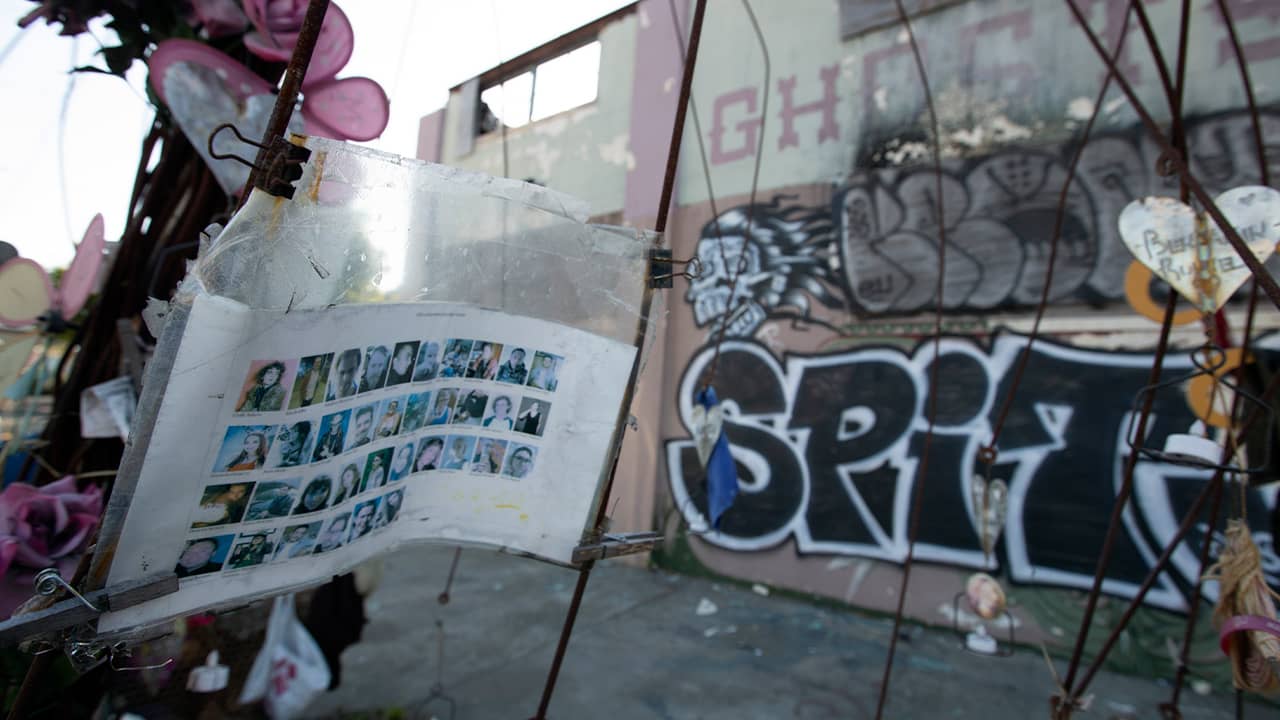 OAKLAND — An emotionally taxing criminal case over the deaths of 36 people trapped in a fire inside a San Francisco Bay Area warehouse nearly three years ago will continue after a jury acquitted one defendant and deadlocked on the other.

Family and Friends Packed the Courtroom for the Trial

The building was packed with furniture, extension cords and other flammable material but had only two exits and no smoke detectors, fire alarms or sprinklers, prosecutors say.
The blaze killed many young people trapped on the illegally constructed second floor. Prosecutors said the victims received no warning and had little chance to escape down a narrow, ramshackle staircase.
Vega’s mother, Mary, was angry about Thursday’s outcome but didn’t regret the plea agreement getting tossed. She said she was glad that Harris served more than two years behind bars awaiting trial.
“It’s something,” she said. “Doesn’t matter, it’s not going to bring my son back.”
Her son and Alex Vega’s brother Alberto, 36, said Almena should be re-tried. Ten jurors wanted to find him guilty, but two disagreed.
“I know it’s going to be long and exhausting, like this already was,” Alberto Vega said. “The whole thing just sucks.”
Prosecutors acknowledged the emotional toll of the trial on the victims’ loved ones and said they would meet with families and others to evaluate their next steps in the case against Almena, including a retrial. Almena remains in custody and is due in court again Oct. 4.
Family and friends packed the courtroom for the three-month trial, leaning on each other for comfort. Jurors began deliberating July 31 but had to start again in mid-August after the judge replaced three jurors for misconduct.

“In all honesty, the worst day of my life was on Dec. 2. It can’t get any worse than that. It’s just a lot of suffering after that, and we continue to suffer,” said Judy Hough, whose son Travis died in the fire at age 35.
“It’s like the thing that never ends.”


“In all honesty, the worst day of my life was on Dec. 2. It can’t get any worse than that. It’s just a lot of suffering after that, and we continue to suffer. It’s like the thing that never ends.” — Judy Hough, whose son Travis died in the fire at age 35
One of Almena’s attorneys, Brian Getz, broke down in tears when asked for comment Thursday, saying “people shouldn’t forget what happened to those 36” people. Another attorney, Tony Serra, said he was pained and anguished but vowed to win the case for Almena.
“In the next trial, we’ll do better,” Serra said. “It may be hung again, or he may be acquitted, but we’re not going to lose.”
Almena, 49, was the master tenant of the warehouse and Harris, 29, acted like a manager by collecting rent and settling household disputes, prosecutors said.
In closing arguments, Alameda County Deputy District Attorney Autrey James said the men didn’t obtain permits because they didn’t want inspections and they violated the fire code by refusing to install safety devices.
The defendants argued that city workers were to blame for not raising concerns about fire hazards and said the fire was arson. Investigators have never found its cause, meaning arson cannot be ruled out.
Serra, Almena’s attorney, repeatedly brought up instances in which fire, police and other officials toured the two-story building and never said anything about it posing a danger.
Harris’ attorney, Curtis Briggs, argued that his client had no leadership role at the warehouse and that he had not even been there when Almena signed the lease in 2013. Harris was released from jail Thursday.
Related Topics:criminal casedeathselectronic music partyfireinvoluntary manslaughterOaklandSan Francisco Bay Areawarehouse
Up Next

Sacramento to Pay $2.4M to Young Sons of Man Shot by Police